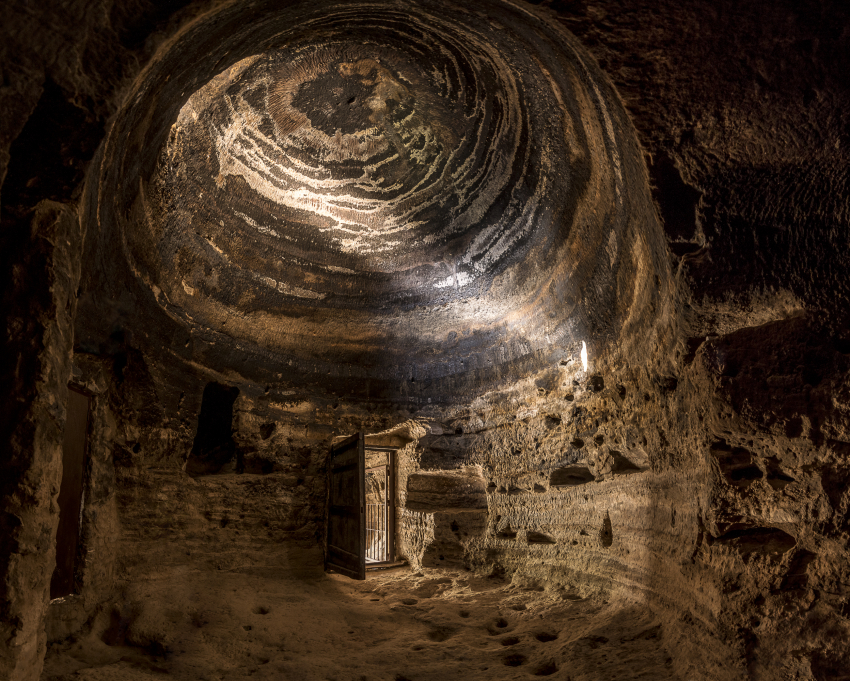 What is Risco Caido and why is it important?

The World Heritage Site centres around is the network of 21 hand-cut caves at the Risco Caido site close to Artenara, the island's highest village. Of these, Cave Six is the most famous because it is a huge solar and lunar calendar with holes that let in shafts of light to mark the equinoxes.

The original Canarians descended from Berber people from the Atlas Mountains in North Africa. However, in North Africa, Islam arrived in the seventh and eighth centuries and changed the local culture. Isolated in the Canary Islands, the original culture developed and survived for another 700 years.

The World Heritage Site covers much more than the Risco Caido caves. It includes the whole landscape of the Caldera de Tejeda, sacred to the Canarii, and other sites such as Mesa de Acusa, Roque Bentayga, Roque Nublo, and the Cueva de los Candiles.

The essence of Risco Caido is that the Canarii lived and breathed the landscape of the vast Caldera de Tejeda. It wasn't just their home, it was an integral part of the culture and world view.

Can you visit Risco Caido?

The Risco Caido cave complex is not currently open to the public because it is in a delicate state and still hasn't been fully excavated. There are occasional local tours but they completely booked out.

However, other parts of the World Heritage Site are easier to visit. For example, you can walk right up to Roque Bentayga and visit the small but fascinating museum on the site. Roque Nublo is also a (fairly steep) 20-minute walk away from the road.

There are also plans for a visitor centre in Artenara that explains the importance of Risco Caido.

More in this category: « 8 Gran Canaria Hotels In World Top 100 Gran Canaria Fire Out Of Control & Threatening Tejeda »
Login to post comments
back to top

We have 3263 guests and one member online