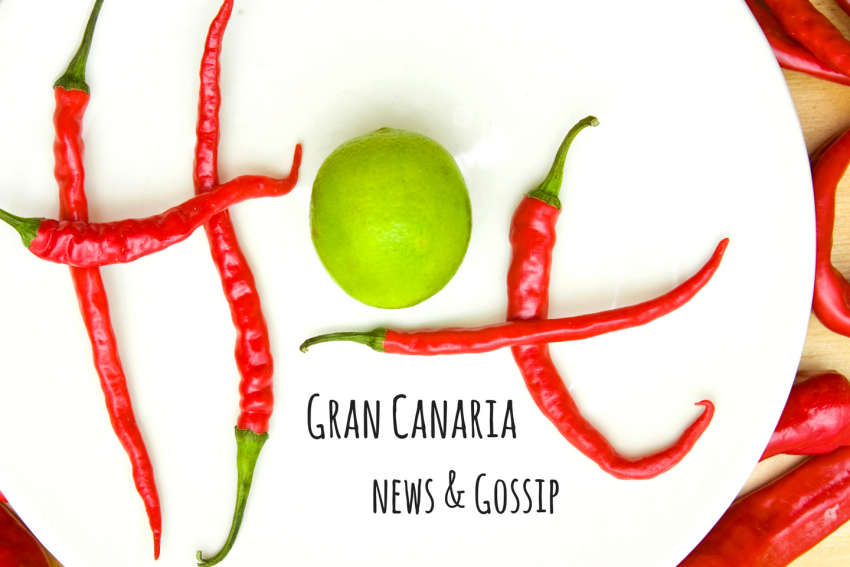 Roaming charges in the EU end on Thursday, 15 June for all EU citizens (and Brits, for now). You can now use your home data, call and SMS plan and not have to pay extra fees.

The Spanish Government is still threatening to take the Tauro beach concession off Anfi del Mar due to epic rule-breaking during the tender process and beach construction.

Where this leaves its plans to get permission for phase two and start building the thousands of hotel beds it plans isn't yet clear.

What we do know is that it will put further strain on the relationship between equal partners Lopesan and the Cazorla brothers. Since they are already about as friendly as two cats tied together in a tulip field, expect fireworks at some point.

While Lopesan has the financial clout, the Cazorlas have that all important golden share that gives them control of the group.

You'd think running a beach concession would be easy, but there is also trouble brewing in Puerto Rico as the Mogan Town Hall is threatening to revoke the beach concessions for both Puerto Rico and Amadores beaches. They are currently held by Puerto Rico SA, the original developer of both beaches. Mogán claims that the beach sand is not being maintained or replaced as it should be.

Visitors to Mogan may have noticed the Mordor-style gates that now block access to the road over the hill to Veneguera.

It was put up by the new owners of most of the lower reaches of the Veneguera Valley.

Yes, you guessed it, it's Lopesan again.

They are within their rights to block the road as it is private property rather than a public road.

Conspiracy theories are already rampant and that's hardly surprising given the extent of Lopesan's ambition to be the dominant hotel chain in Gran Canaria.

However, it would take an act of Parliament by the Canary Islands Government to reverse the decision to protect Veneguera from development. Most MPs in the Canarian Parliament aren't from Gran Canaria so it's highly unlikely that they'd support any bid to develop the area.

While Lopesan may dream of doing more at Veneguera than growing mangoes, don't expect the Veneguera Palace resort to open anytime soon.

San Bartolome de Tirajana is the Spanish municipality with the most bars. It has 1300 bars or 3.86 watering holes per 1000 inhabitants)

Now it has a sculpture to celebrate the fact (courtesy of Coca-Cola). It's in the plaza by the Faro de Maspalomas.

To illustrate the point about how hard it is to get things built in Gran Canaria, look at the Siam Park waterpark. Well, look at the piece of ground where it is meant to be.

The project has the support of all the island's politicians and most of the public but is stuck in limbo due to legal tricks by a rival operator and bureaucratic delays by the local authorities.

The Kiessling family are threatening to pull out unless they get their permits and now face a new threat; an organised platform of environmentalists has vowed to stop the waterpark completely.

They argue that the area's aboriginal remains and natural watercourse are more important than a water park and the jobs it would provide.

General opinion is divided on the subject, although a lot of people don't really see much value in leaving the El Veril area, sandwiched between Playa del Inglés and the motorway, the way it is now.

Another Canarian supreme court judgement and another nail in the coffin for the law governing holiday lets in the Canary Islands. The court just ruled that banning holiday rentals in resort areas is an infringement of property owner's rights.

There are more judgements to come and they are all expected to say the same thing; that the entire Tourist Rental Decree is illegal and unenforceable.

What does this mean for people who own a holiday property in Gran Canaria and want to rent it out to tourists? Basically, it means that nobody, least of all the government, has any idea what is going on.

And since the rules are unclear, it's highly unlikely that anyone is going to get fined until new ones are written. But you'd need expect advice before you rented out without  license (just in case).

The big question is whether the next set of rules will liberalise the market, or whether the hotel lobby will come up with new ways to stop people from renting out their property to tourists.

Even if vested interests do get another bite at the cherry, it's probably too late anyway. The cat is out of the bag in the resorts.

At the same time, the pressure is starting to build to put it back in the bag in residential areas where the rising number of holiday lets is driving up rents and property prices.

More in this category: « Hotels To Check Alcohol Consumption Of 'Sick' British Guests Should Siam Park Gran Canaria Be Stopped To Protect The El Veril Area? »
Login to post comments
back to top

We have 2513 guests and no members online