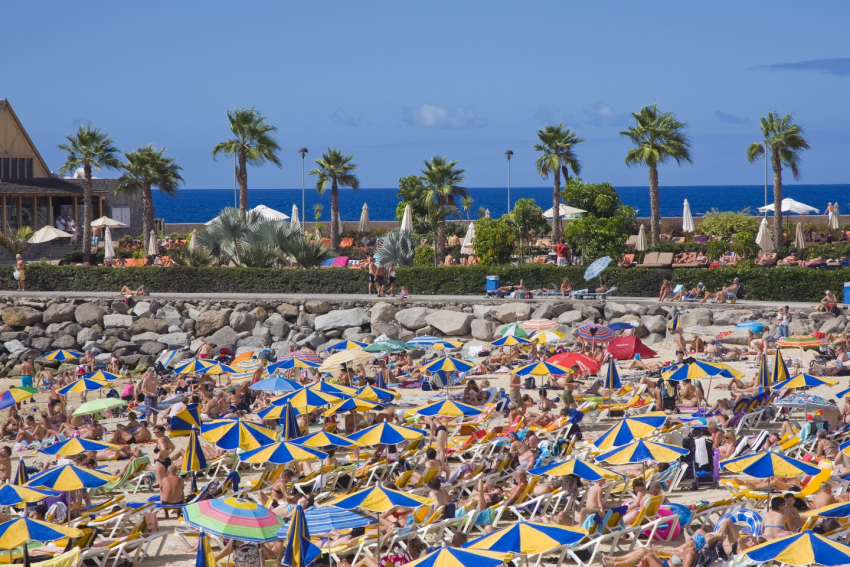 Here's the Gran Canaria Info news and gossip round-up for the second week of March Is every word true? Well, we read the papers, have friends in low places and do our best...

The Maspalomas carnival was a huge success with over 300,000 people partying on the streets on Satuday and into Sunday morning. The whole event seems to have gone off without any hitches at all and even the bishop can't whinge as the drag gala winner was dressed as Don Quijote.

Don't expect him to be smiling about it though as the legal case against the winning Las Palmas drag queen has been shelved by Spanish prosecutors. Drag Sethlas won (a combined jury and public vote) after appearing on stage dressed as a saint and then as Jesus. The Catholic Lawyer's Association of Spain claimed that he had broken a law against offending religious sensibilities but Spain's Ministerio Publico stated that the act was 'an acerbic criticism of religion in the context of carnival' rather than being 'designed to offend'.

It stated that it is not a crime to offend religious people in Spain although it is against the law to deliberatly set out to be offensive towards them.

Thank god that's all cleared up then!

Carnival now moves on from Maspalomas to Mogán and also local towns like Teror, Arucas, Santa Lucia and Vecindario, and Agaete ( which always keeps the party going until the last minute).

Remember the Gran Canaria train? Well, things have gone quiet but they haven't gone away. First, the train route had to be moved a bit as it was originally going right through the middle of the Siam Park site in El Veril, Playa del Inglés.

Now, the technical study done by the Gran Canaria Government is about to be completed and GC Transport and Mobility Minister Juan Francisco Trujillo, who described the train project as 'vital for the transport future of Gran Canaria' is off to Madrid to try and get the financing in place.

So, all that's missing is the money! It might be a while before we hear any choo choos then!

The Las Palmas aquarium, called the Poema de Mar, won't be opening until December 2017 at the earliest. The Kiessling family, which runs Loro Parque and Siam Park in Tenerife, announced that the original July opening date wasn't practical.

They recently applied for a design change that replaces the open entrance with a roofed area.

The good news is that the huge glass viewing window, the second-largest in the world, arrived and was installed in one piece.

You may have noticed that Gran Canaria's airport just keeps getting bigger. Well, the Spanish aviation authorities are spending another 90 million euros on the place over the next four years.

Don't worry though as you won't have to walk any further. The money is going on beefing up safety and security and on improving access to the two runways. With the airport capacity currently at 20 million passengers per year there is no immediate plan for a third runway.

It's just as well that the airport can cope with extra passengers as it looks like summer 2017 is going to be a busy one. Airline bums-on-sets capacity has increased by 8.4%. Despite a small drop in the number of bookings from Germany, the first 2017 numbers look good even when compared to the record-smashing figures from 2016.

The boom can't last for ever but it looks like Gran Canaria will be making hay until at least the summer season of 2018.

And finally, when to pee on a jellyfish sting

Yes, there are a few jellyfish of the floaty blue kind (Portuguese Man O'War) washing ashore all around Gran Canaria. It happens every time there are big swells that bring water from the deep ocean to the shore.

While they can give a nasty sting, actual stinging events are rare. If you are on the beach and you see more than one or two, take care in the water as there will be more and their tentacles can be several metres long.

If you do get stung, apply lemon juice or vinegar to stop any more stinging cells from going of (pee works too). They apply a light moisturiser or antihistamine cream. If any stings start to swell or are on the neck or head, go to clinic or speak to a lifeguard.

We have 4657 guests and no members online