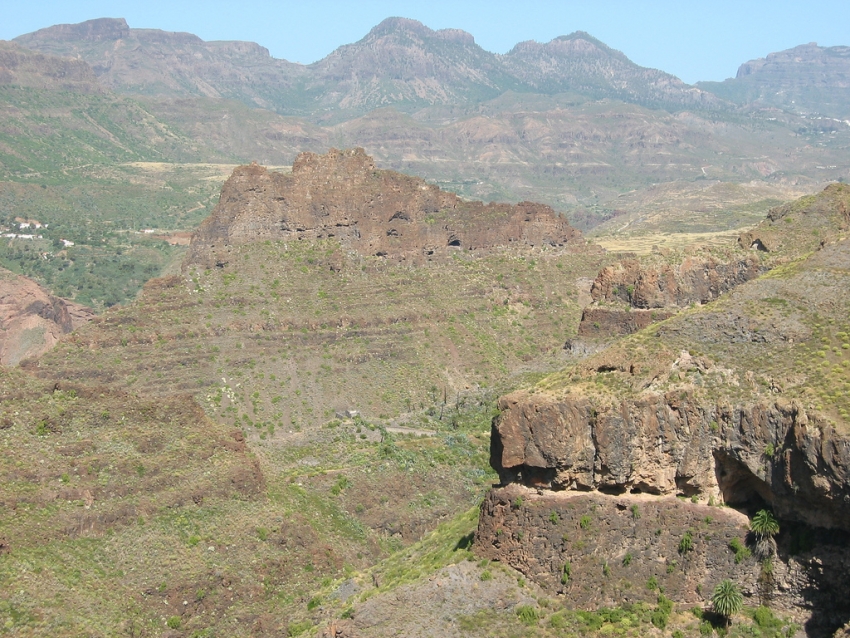 Archaeologists have just discovered an ancient Canarii (Guanche) village, including a rare, two-storey structure, at Ansite up in the mountains of southeast Gran Canaria

Ansite is famous as the location of the Canarii's last stand against the Spanish conquistadores so the discovery was a big surprise.

Archaeologists are excited by the site as it seems to have Canarii homes as well as funerary caves and grave mounds, painted caves and rock paintings. It also seems to be undisturbed and could be a treasure trove of artefacts and information about the original inhabitants of Gran Canaria.

One particular feature has surprised Canarii experts; A building that is effectively a pre-Hispanic duplex with steps up to a second floor. This sort of structure is incredibly rare.

Initial excavations will be on a 120 square metre plot and could be complete within just 60 days. The whole site is much larger, but is covered with big rocks.

Alex Says: While the original Canarian inhabitants are often called the Guanches, the correct name for Gran Canaria's pre-Hispanic people is the Canarii.

We have 2074 guests and no members online