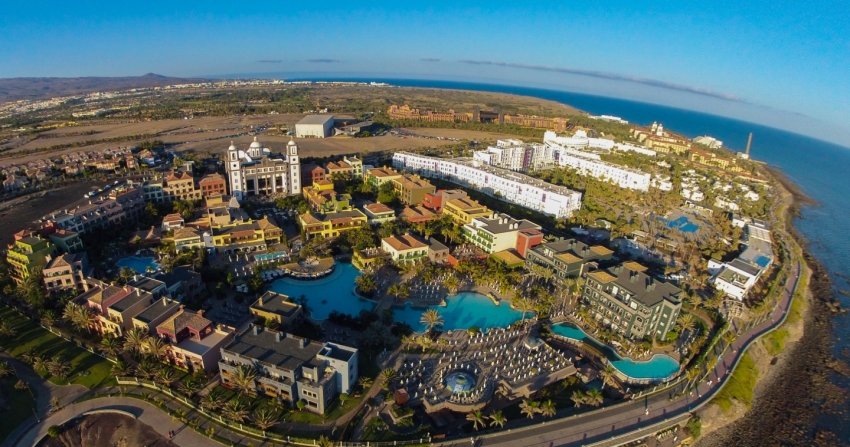 The Villa de Conde hotel is about to get a new neighbour www.photosgrancanaria.com

Four new 5 Star hotels are now of strategic importance to Gran Canaria, according to the Canarian government.

The hotels, to be built with an investment of over 300 million euros, will generate almost 1000 permanent jobs and 2,200 extra hotel beds.

Two of the new hotels, a 5-Star and a 5-Star Superior Luxury, will be at Pasito Blanco and built by German businessman Theo Gerlach and his Seaside Hotels group.

Gerlach received the plot of land at Pasito Blanco in compensation for losing his half-built hotel in the Maspalomas dunes. It was deemed illegal and demolished in 1989.

The third new development is Lopensan's luxury 5 Star Hotel Bálines on the plot of land just to the west of the Villa del Conde hotel at Meloneras. This will be a series of luxury villas but with hotel service.

The last is the redevelopment of RIU's beachfront hotel just east of the Faro de Maspalomas. This has been held up by legal wrangles for several years but the latest project has now been approved. RIU plans to build a 450 room 5 Star hotel on the site after seeing off a series of legal curveballs lobbed by Lopesan. Expect further manoeuvres from both sides.

When the Canarian government declares an investment to be of strategic importance it is basically saying that it approves and will do everything possible to make it happen. This is no guarantee of a smooth ride as the Kiessling family are finding out with their Siam Park project at El Veril.

However, with demand at maximum levels and the moratorium on building new hotels other than 5-Stars about to be lifted, we can expect a flurry of new developments across south Gran Canaria.

Alex says: Anfi and Santana Cazorla still don't have permission for anything at Tauro except the creation of the artificial beach.

More in this category: « Tauro Beach Flattened As Development Work Goes On No More Oil Exploration Around The Canary Islands »
Login to post comments
back to top

We have 4247 guests and no members online