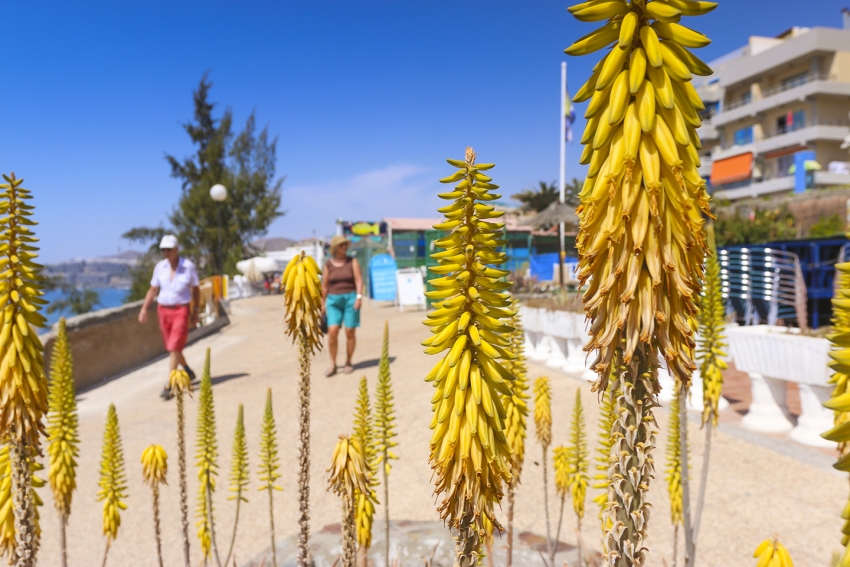 Gran Canaria's sun is African and in the summer it fries pale northern bodies in minutes. If you want a tan, take it easy for the first couple of days until your skin has a chance to adjust.

Apply sun cream well before sunbathing and put it on again if you swim or shower. Watch the nose, ears and the knees: They seem to be the bits people miss most often.

Too late? Here's what to do

Alex Says: A couple of years we watched the paramedics taking a man away who had fallen asleep in the sun. He was bright purple and covered in blisters. They dumped a vat of cream on him and took him to the hospital still on his sun lounger.

Use a water-based after-sun product that contains Aloe Vera rather than one of those old-fashioned oily ones that smell of petrol. Apply it often and let your skin soak up as much as it can.

Cover up until the redness has gone and your skin doesn’t feel sore: Don't be the bright red person that makes everybody else wince as they walk past you by the pool.

We never use shop after sun at all because there is always an Aloe Vera plant growing somewhere close by in the Canary Islands. The juice fresh from the plant is the best moisturizer and after sun cream in the world. It soaks in instantly and doesn’t leave any residue at all. Aloe Vera juice has been scientifically proven to help skin to regenerate after-burn damage.

Aloe Vera grows all over the Canary Islands and is very common in hotel gardens and resort parks. The local plants, exposed to constant strong sun, produce concentrated juice that Canarian farmers are trying to get certified by the EU.

Aloe vera grows in most hotel gardens in Gran Canaria and is also sold whole in some supermarkets. They have a rosette of thick, pinkish leaves growing with their tips in the air. Pick a leaf from the base of the plant: The fattest you can find.

The useful part is the flesh inside the leaf: Get at it by peeling a section of leaf and washing off the smelly, yellow skin juice. Then crush it up and rub it onto the skin. The slimy juice soaks in and disappears leaving your skin feeling cool and refreshed.

We have 4003 guests and no members online