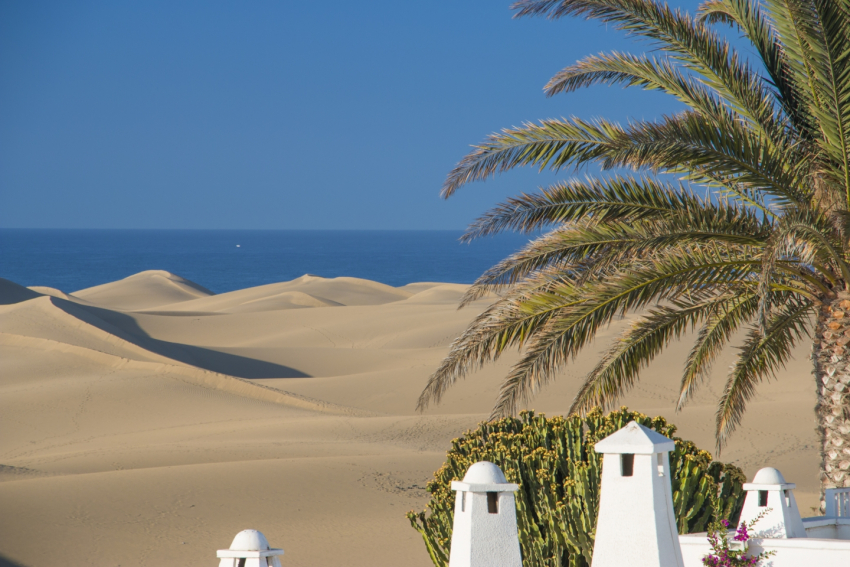 After a weekend of rain showers the weather improves this week in Gran Canaria photosgrancanaria.com

The weather system that we forecast last week arrived on Saturday (a day later than expected) and gave us an eventful weekend in Gran Canaria. There was a bit of everything with some areas in blazing sunshine and others soaked by serious electrical storms and showers. We even had a dusting of snow in the highlands and hail all over the island. Playa del Inglés got a good wash on Saturday and again on Sunday while Puerto Rico and Mogan had heavy showers on Sunday. Teror and parts of the east got a stonking downpour of rain and hail on both days.

Anyway, the system that caused the rain has now passed over the island and we are back to more typical weather on the first day of spring. There will be some cloud around today but it should clear up during the week.

Because the island is now so wet, clouds will build during the day and spread over the south of the island in the afternoons.

The sea will calm down and the cloudy water, caused by runoff from the rain, will fade during the week.

The surf along the Gran Canaria north shore will be decent all week at around a metre while the south will be small-to-flat.

Alex Says: Was this weather exceptional for Gran Canaria? Well, it was certainly spectacular but not out of the ordinary for Gran Canaria. We do get at least a couple of weather systems every winter that bring strong rain. That said, we've noticed an increase in electrical activity during weather events during the past few years and this is probably due to a gradual increase in the water temperature around the Canary Islands. Warmer water feeds weather systems and increases the amount of thunder and lightening.

We have 2870 guests and no members online