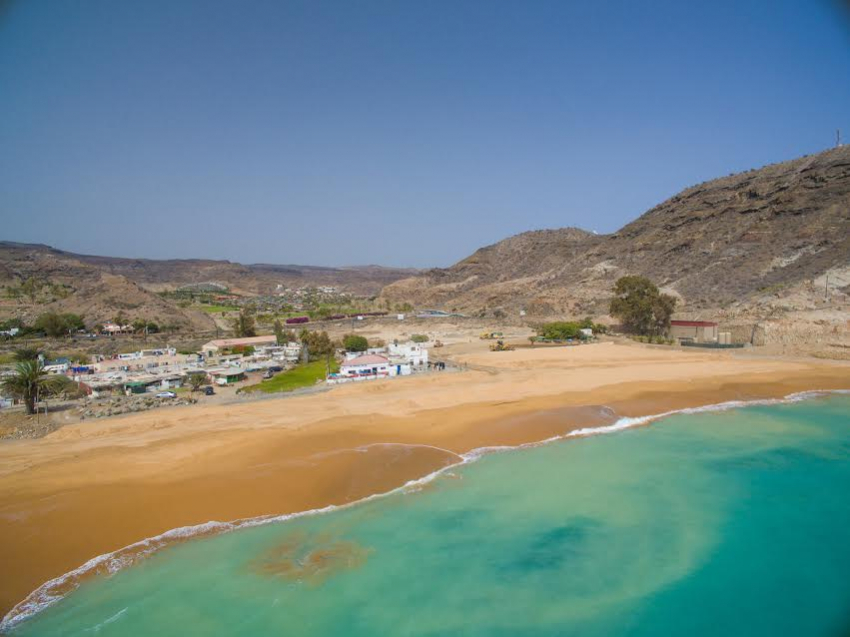 13.03.2017: The hot air that gave Gran Canaria record high temperatures over the weekend has now gone completely thanks to brisk Trade Winds blowing down from the North Atlantic.

These will bring lots of cloud and potentially drizzle to the north of the island but probably won't affect the sunshine for the first half of the week.

Temperatures in the resorts will be cooler at around 25ºC max during the day and as low as 16ºC in the middle of the night. Wednesday will be a cool day even in the sunshine.

This northern weather is also causing big swells (the whole of Gran Canaria is on alert for big waves until Wednesday morning) and winds (south Gran Canaria is currently on an orange alert). The waves will affect Gran Canaria today and tomorrow and the wind should have faded away by Tuesday night.

The big waves will be a further test for the new and unprotected Tauro beach where a patch of pebbles at the western end seems to get bigger with every high tide.

Come the end of the week there's a good chance that a low pressure system that's currently over Southern Spain will head down to the Canary Islands. If it does, we'll have a cloudy and wet weekend all over Gran Canaria.

It is still too early to know exactly what this system will do.

We're watching it and we'll let you know as soon as it's made up its mind.

We have 3732 guests and no members online