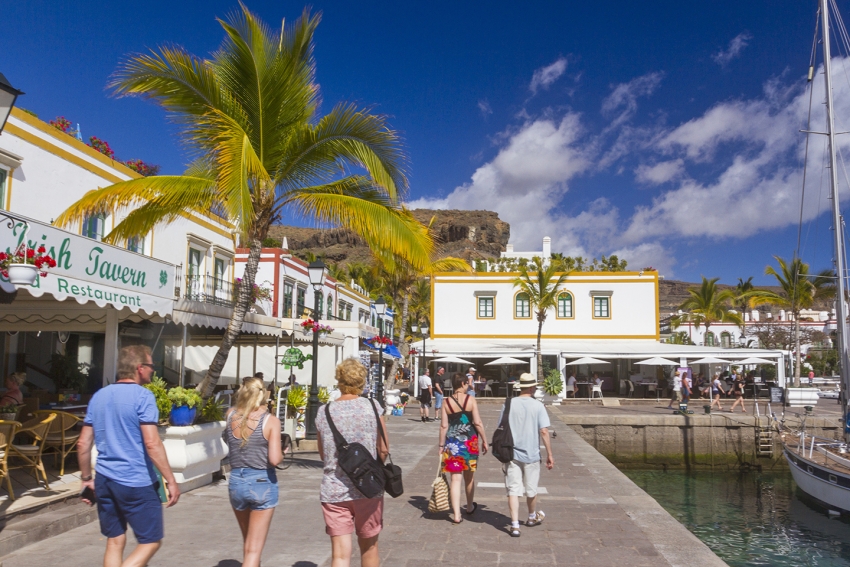 13.10.2016: Spain got seriously wet yesterday and the tail end of that weather is arriving in the Canary Islands today. It won't affect the south of the island, but the north can expect the odd shower (although the sun is blazing this morning).

There is a more serious weather front heading towards us from out west in the Atlantic and it has the potential to drop some serious rain on Gran Canaria on Sunday and Monday. However, the latest predictions suggest that it will affect the western islands but not reach Gran Canaria (at least will full force).

So, what does it mean for sunbathers? Sunday afternoon and/or Monday could be cloudy and even rainy in south Gran Canaria and the rest of the island. By Tuesday, things will be getting back to sunny again.

In the meantime, expect the sun to shine on the beaches and the temperature to be up around 30ºC during the heat of the day. It'll cool down in the evenings but temperatures won't be far below 20ºC.

The surf is picking up in the north and this weather front should bring some swells to the southern breaks as well. If it does, Tauro beach's new flood defenses will be tested during high tides.

We have 2689 guests and no members online