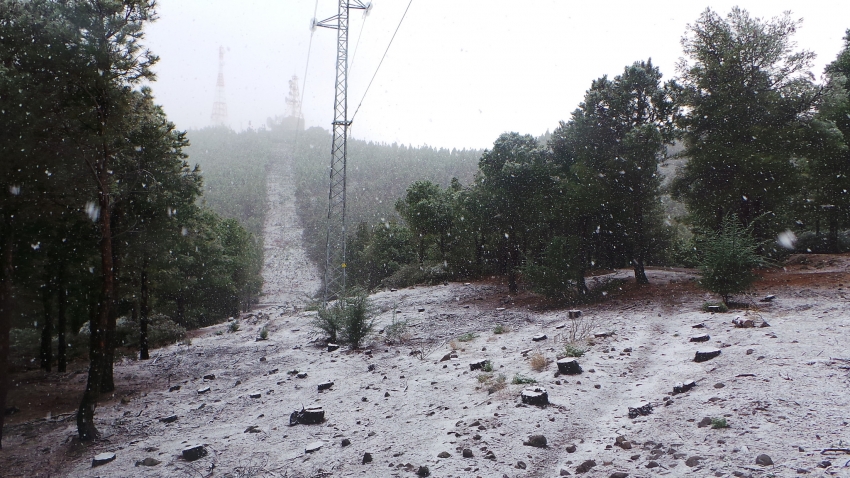 The forecast said it was possible and it's happened: The top of Gran Canaria is white with snow.

The white stuf is settling at the very top of Gran Canaria above 1.700 metres and it looks it will carry on until at least tomorrow. The Spanish weather service has warned that the snowline could drop to 1.200 metres tomorrow: That's as low as Artenara, the island's highest village.

Snow in Gran Canaria isn't as rare as you'd think. The island is almost 2000 metres high so it gets a dusting of powder every few years. Most snowfalls melt before anyone has a chance to see them, but this one looks like it will hang around for a day or two as the cold weather is due to last.

Going to see it

If you want to drive up to see the snow, please take care as the roads are slippery and there's no such thing as gritting. The authorities discourage people from driving up at all but lots of locals go anyway.

We'd advise people to wait until the snow has stopped falling before trying to go up and see it. Most roads over the top will be cut off if the temperature is below freezing so take warm clothes and be prepared to walk.

Also, use an alternative route to the main road up from Las Palmas via San Mateo as this often turns into a giant traffic jam as the city heads up to see the snow.

We have 2835 guests and no members online