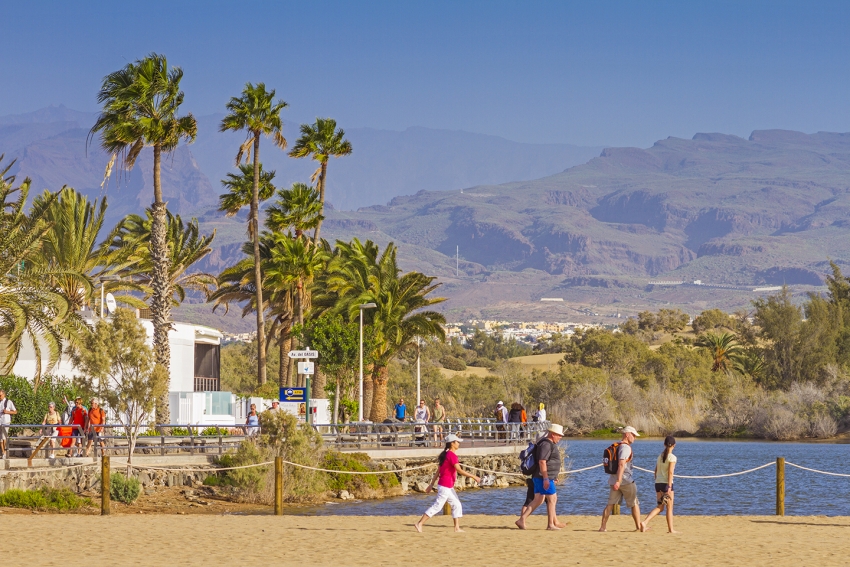 The weather in Gran Canaria for the next few days will be classic winter weather: Sunny in the south, cloudier in the north.

The Trade Winds are blowing from the north this week so cloud off the Atlantic Ocean will pile up against Gran Canaria's steep north coast. This doesn't mean that the north will be cloudy all the time,  but it will be cloudier on average than the south.

South Gran Canaria skips most of this cloud for two reasons: One is that cloud is forced around the island rather than over it, and the second is that any cloud that does make it over the south tends to burn off due to the heat reflected by the bare rock of south Gran Canaria. The result is that south Gran Canaria basks in a bubble of sunshine almost every day.

South Gran Canaria will be sunny for the next few days while north and central Gran Canaria may get the odd shower over the weekend but also sunny periods.

Expect day temperatures around 25ºC at sea level, with night-time minimums of 16ºC. The water temperature is holding up beautifully this year and is still around 22ºC.

With the Trade Winds blowing, we don't expect any dust this week and weekend.

The sea this week and weekend looks calm with some bigger waves along the north coast on Sunday.

We have 1310 guests and no members online