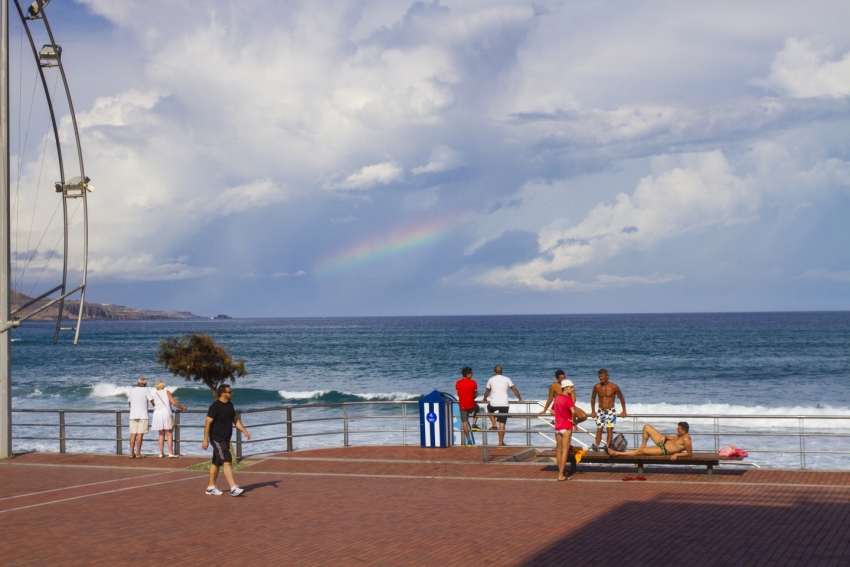 A low-pressure system currently building over the Atlantic Ocean to the northwest of the Canary Islands looks likely to produce wind and rains towards the end of the week.

While it is still too early to make accurate predictions, this sort of weather system tends to produce wet, windy weather coming in from the west. As such, we expect the western islands and Tenerife to get the worst of the weather, and to get it first.

It looks like a wet front will hit the Canaries on Thursday with the serious end arriving in Gran Canaria on Friday. The west and south of the island would be most affected if the system continues to behave as expected.

Until the weather front arrives, we can expect more of the same weather in Gran Canaria as we've had so far this week; some clouds and the odd shower with plenty of sunny intervals. Morning rain is more likely in the north and afternoon showers possible in the south and the resorts.

So far, there has been no Canary Government weather alert or AEMET Spanish weather service aviso connected to this weather system and it could still decide to go somewhere else.

If you are flying into the Canary Islands in the next few days, we recommend bringing a layer and a waterproof. You'll probably only need it for day or two, but this low-pressure system could also cause bad weather for several days.

We have 2011 guests and no members online