Going Around Gran Canaria By Bus: You CAN Do It In One Day 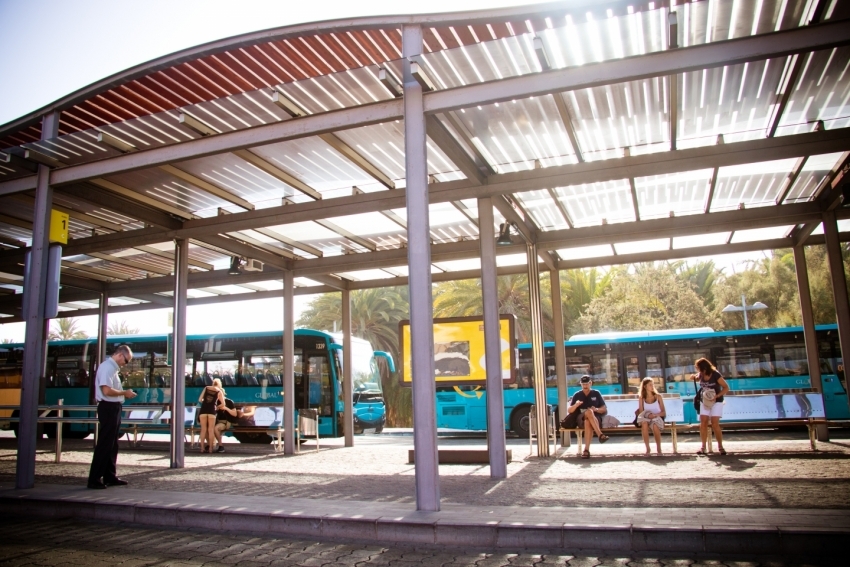 Getting around Gran Canaria by bus www.photosgrancanaria.com

The journey around Gran Canaria by bus takes you on one of Europe's most spectacular cliff-edge roads and along the rugged north coast.

From Puerto de Mogán, take blue bus Number 38 to La Aldea de San Nicolás. You can either get the 07.00 or the 11.30 bus to give you time to get right around Gran Canaria.

Lex Says: It's hard to get to Puerto de Mogán early by bus as most lines don't start until 09.00. You ned to get an early line 1 or 91, depending on where you start.

The journey takes at least an hour and goes through Pueblo de Mogán town and Veneguera village, past the multi-coloured Fuente de Los Azulejos rocks, and out into Gran Canaria's wild west. Be prepared for plents of twists and turns.

From the La Aldea bus station, get blue bus line 101 (either at 09.00, 14.05 or 17.30). This route winds up from La Aldea to the high cliffs of Andén Verde and then along the West Coast road. It's not a journey for the faint-hearted as the road drops over a kilometre to the sea.

The journey takes at least an hour-and-a-half.

You can get off the bus at Puerto de las Nieves for lunch, or in Agaete for a wander around the secret garden, or continue all the way to Galdar.

From Galdar just get the next blue bus to Las Palmas (Line 103, 105; half an hour), then another bus from either Santa Catalina back to the south of the island (avoid Line 1 as it stops everywhere on the way down).

In total, the journey time to get around Gran Canaria is about four hours on the buses, but with stops and waits, it takes all day. Please chek the timetables here for up-to-date times and watch out on Sundays and fiesta days as the times and a number of buses changes.

We have 2837 guests and no members online