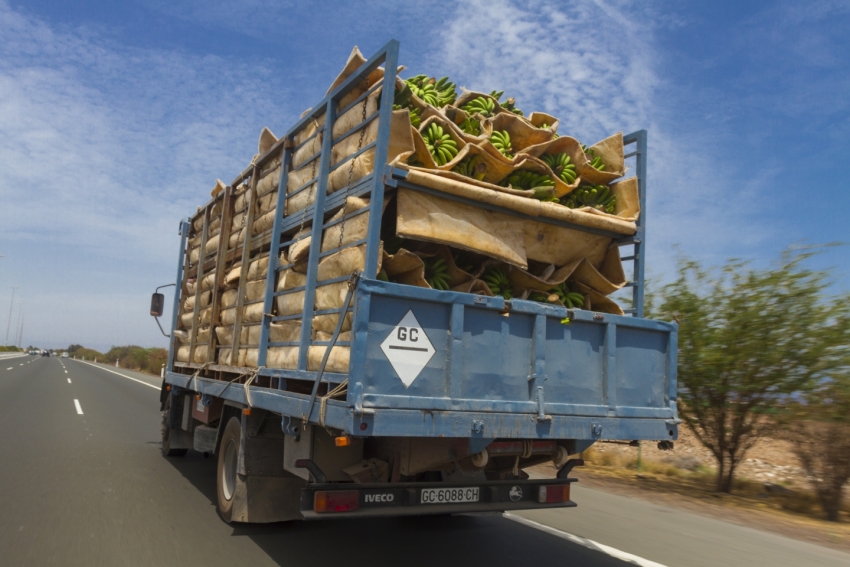 The first and most important rule to remember is that Canarians drive on the right. This might seem obvious but at least one British driver brings traffic to a standstill every year by heading the wrong way round a roundabout or even in the wrong lane of the motorway.

Roundabouts are a flashpoint

Spanish drivers are taught to stay in the right-hand lane unless they are overtaking or need to turn off. Unfortunately, they apply this rule zealously on roundabouts.

Our advice is to take special care when joining or leaving a roundabout in Gran Canaria because nobody uses them right and if you do, your manoeuvre won't be anticipated. If you insist on using the inside line, take food and water as it could be a while befoe you get out of it.

Alex says: Never underestimate the power of sticking a hand out of the window to indicate a maneuvre. Don't do it on narrow, two-way country roads.

Gran Canaria rarely indicate when leaving a roundabout so don't pull out until you know what the approaching car is doing.

Canarians have a different concept of safety distances to foreign drivers. This is especially true on the motorway. Stick in the right-hand lane and drive at 80-90 kph if you want to avoid any close shaves.

Otherwise, be prepared for other drivers to treat your safe distance from the car in front as an overtaking opportunity.

Overtaking on the inside lane is common on the motorway in Gran Canaria, mainly because a significant percentage of local drivers only use the middle lane. The police have started driving around shouting at middle-lane Marys with a megaphone.

Horns are for blowing and hands are for waving, especially if they belong to Canarian taxi drivers. Feel free to beep and gesticulate back. While you aren't meant to beep the horn when stationary, everyone does if there's a queue.

Don't beep and wave at the blue and white, or green, police cars.

Driving in the mountains

Almost all Gran Canaria mountain roads have safety barriers (the GC 606 is an exception) so driving is safe.

To Canarians, windy mountain roads are just roads so they tend to drive faster than visitors. They get frustrated when a hire care pootles along at 40kph with a huge queue of busy locals behind it.

It's polite to pull over every now and then and let any irate locals drive pass.

Don't beep your horn at every bend as it scares the goats.

Anywhere with blue lines is a paid parking zone and you'll find the meter close by. In Las Palmas, you also have green zones for residents. If you overstay, cancel the fine straight away in the machine.

There's a zero tolerance policy on drink driving on Gran Canaria and the police do carry out roadside checks. The Blood Alcohol Content limit in Spain and the Canary Islands is 0.5g the same as in Germany and Holland (it's 0.8 in the UK and 0.2 in Sweden). The breathalyser limit is 0.25mg per litre of air. Fines for drink driving start at 500 euros.

Spain now also allows the police to test for drugs if they suspect a driver is under the influence. All drivers in an accident are meant to be tested for drugs and alcohol.

Refusing to submit to an alcohol test in Gran Canaria can result in a prison sentence.

There are several fixed cameras along the motorway, plus mobile units that pop up at accident blackspots and lucrative speeding fine hotspots. If you are caught driving at more than 10% over the limit , you get a fine. If you are way faster than the limit, you get a huge fine.

Canarian police are allowed to ask non-resident drivers to pay their traffic and speeding fines on the spot. If you don't have the cash, you get a free ride to the nearest cashpoint. See here for more details about this.

If you refuse to pay a fine, the car gets towed.

Carry your passport or another form of official photo ID with you. If your driving license is a European laminated card with a photo it is enough.

You also need proof of insurance and the car rental contract or ownership papers.

It is the drivers responsibility to make sure the car has safety triangles and fluorescent jackets (in the front of the car not the boot).

Children under the age of 12 must travel in the back seats unless they are taller than 135cm.

Seatbelts are compulsory for all people travelling in a car.

Using your phone while driving, or when at a red light or in a queue, is a serious offence and you get a big fine if the police see you.

We have 3377 guests and no members online