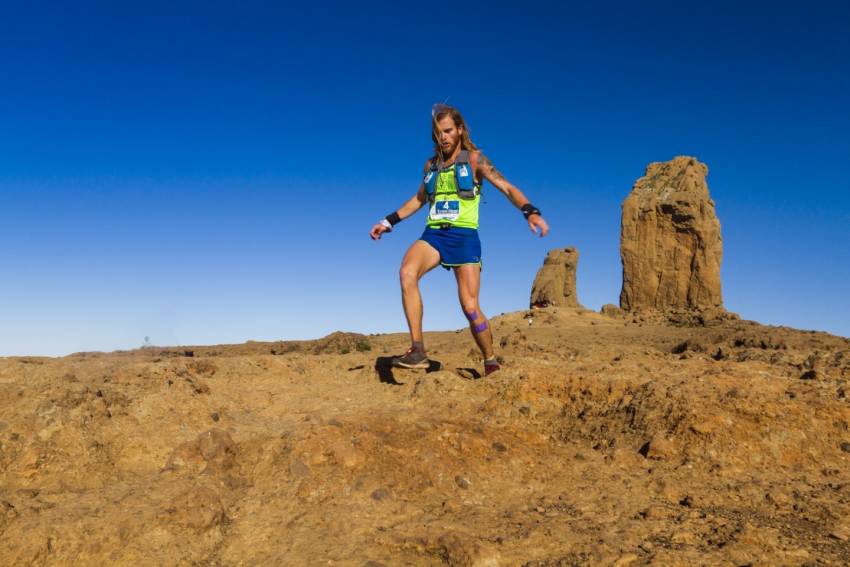 The Transgrancanaria ultrarun is one of Gran Canaria's top sporting events

Whether you surf, swim, run or drive, there's a Gran Canaria competition that you have to watch or try to win. Here are the Top Ten annual sporting events in Gran Canaria.

The Gran Canaria Marathon is every January in Las Palmas. Most of the course is by the sea at Las Canteras beach and along the Avenida Maritima by the port. There's also a half marathon and a 10K fun run.

In 2015 the city welcomes Paula Radcliffe as the race's ambassador. She takes over from running legend Haile Gbreselassie

Marathons are for wimps, or at least that's what it seems like during the Transgrancanaria ultrarun. The world's fittest runners compete to run up Gran Canaria and then down the other side. Fast.

The North Face Transgrancanaria attracts elite ultrarunners, such as Timmy Olsen, Kilian Journet and Nuria Picas, as the 125 kilometre route is a great challenge to start off the season.

Gran Canaria hosts several European and World Tours surfing competitions every year but the dates vary due to conditions and timetables. The best ones to watch are at El Confital just north of Las Palmas city and at El Frontón: The beast of a bodyboard wave on the Galdar coast.

The east coast winds howl in July and windsurfers gather for the annual World Cup event at Pozo Izquierdo. With a backdrop of windmills and the coolness of Pozo on show, the windsurf world cup is a fantastic event to watch. Don't take a hat. It'll blow away.

Gin supplies dwindle in Las Palmas during August and September as hundreds of crews stock up for the Atlantic Rally for Cruisers race between Gran Canaria and St Lucia. The send off, when all the yachts unfurl their sails at the start line, is a huge event in the city.

Alex says: Watch the race start from the top of San Juan barrio above Vegueta rather than from the port. You get a much better view with the cathedral in the foreground.

Rally cars gather in Las Palmas during April for the Islas Canarias rally and the tranquility of the cumbres is shattered by screaming brakes and roaring engines. It lasts a few days and there's daily events in Santa Catalina square to keep the petrolheads busy between stages.

Lex says: You have to know the dates of the rally even if you don't like car racing. Lots of cumbre roads get cut off.

The annual swim from Arguineguin across the bay to Patalavaca is held in mid-December: It's just showing off to be honest. With the water calm and around 20ºC and the sun shining most days it's a great event.

It's one of several long swims in Gran Canaria every year.

Others are at Las Canteras beach in June, Maspalomas in September, Gando bay in August and Las Palmas port in May. In fact there's probably one for every month of the year.

Most of the islands big game boats compete but the days of watching them come into port with big fish are over. Unless capytures are record breakers or killed during the fight they all get tagged and released.

The annual friendly football tournament at Maspalomas is 30 years old and still attracts big teams like Celtic, PSV Eindhoven and Sparta Prague. It's held every year at the Maspalomas Municipal Stadium.

Okay so it's not exactly a spectator sport but this international photography competition comes to Las Canteras beach every year in September. The winning images are exhibited on the beachfront and you can even borrow an underwater camera and take part yourself.

We have 2277 guests and no members online