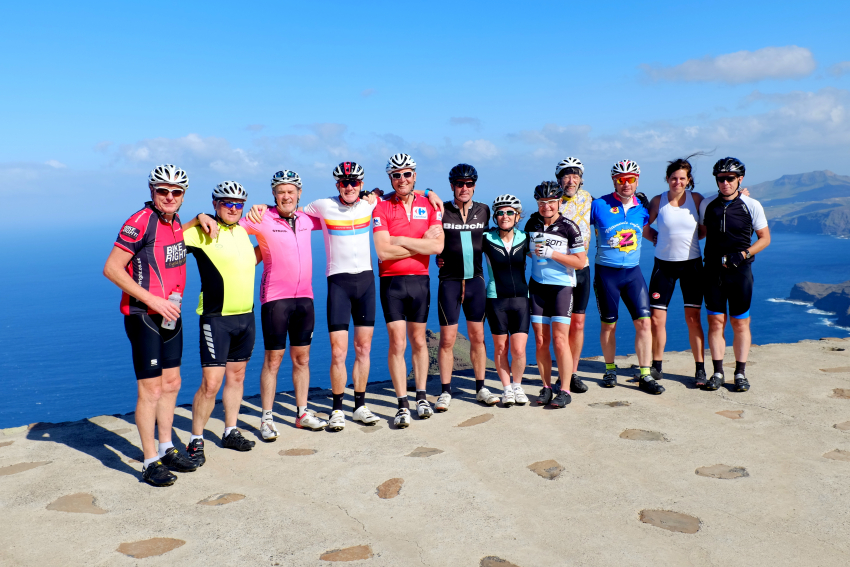 Plenty of people in Gran Canaria will rent you a road bike, but only one can claim to made Gran Canaria the cycling holiday destination that it is today. That man(iac) is Raymond Leddy, he is Cycle Gran Canaria, and he organizes the bona-fide epic event that is the Tour of Gran Canaria.

Once upon a time in Gran Canaria 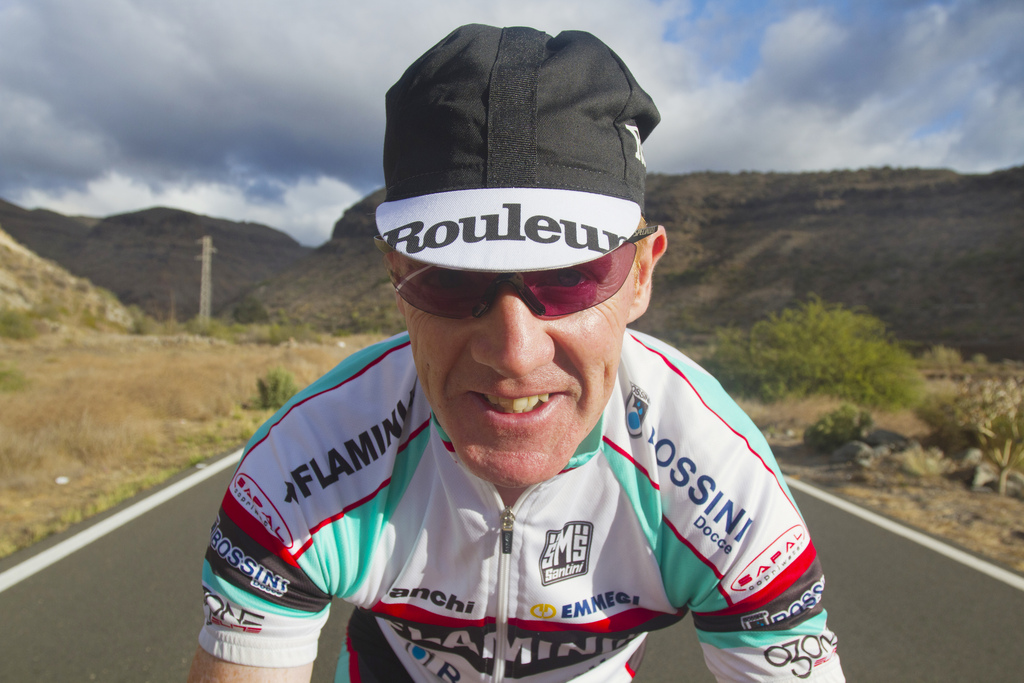 When Raymond Leddy arrived in Gran Canaria in 2008 the island's now legendary roads were empty bar a few local cyclists a whole lot of goats, and a few cheeky Spanish pros.

Back in Indurain's days, Spain's elite cyclists and their mates used to slip over a for a few cheeky weeks of extra training while everyone else was in the gym (and you thought Indurain won all those Tours because of his alien lungs).

At first, this solitude, broken by the odd 'hasta luego', was great and Ray cycled the whole island and explored all its routes.

After a while, it seemed a shame to keep such beauty to himself (and he'd started to talk to the goats). 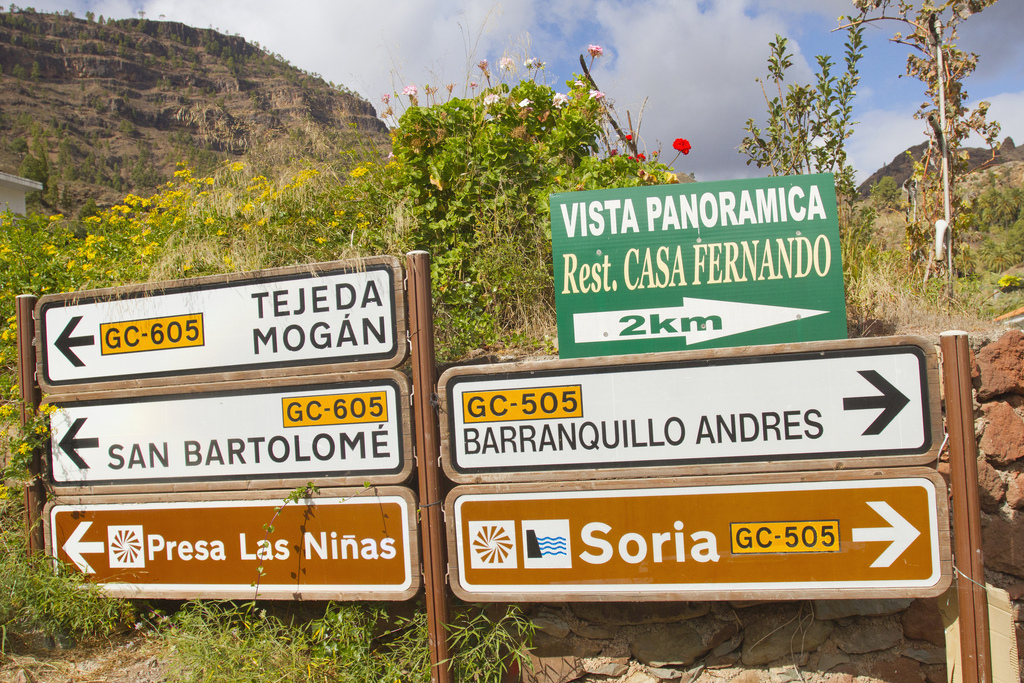 So, Ray set up Cycle Gran Canaria and began telling cyclists the world over about the island's sunny mountain roads.

But before we get to that, let's have a look at why Gran Canaria is such an ideal cycling destination.

Sunny mountain roads even in winter

Gran Canaria's steep southern valleys are warm and sunny throughout the winter with average day temperatures of over 20ºC.

The island exists in a temperate bubble and winter is just something that other people come here to escape from. 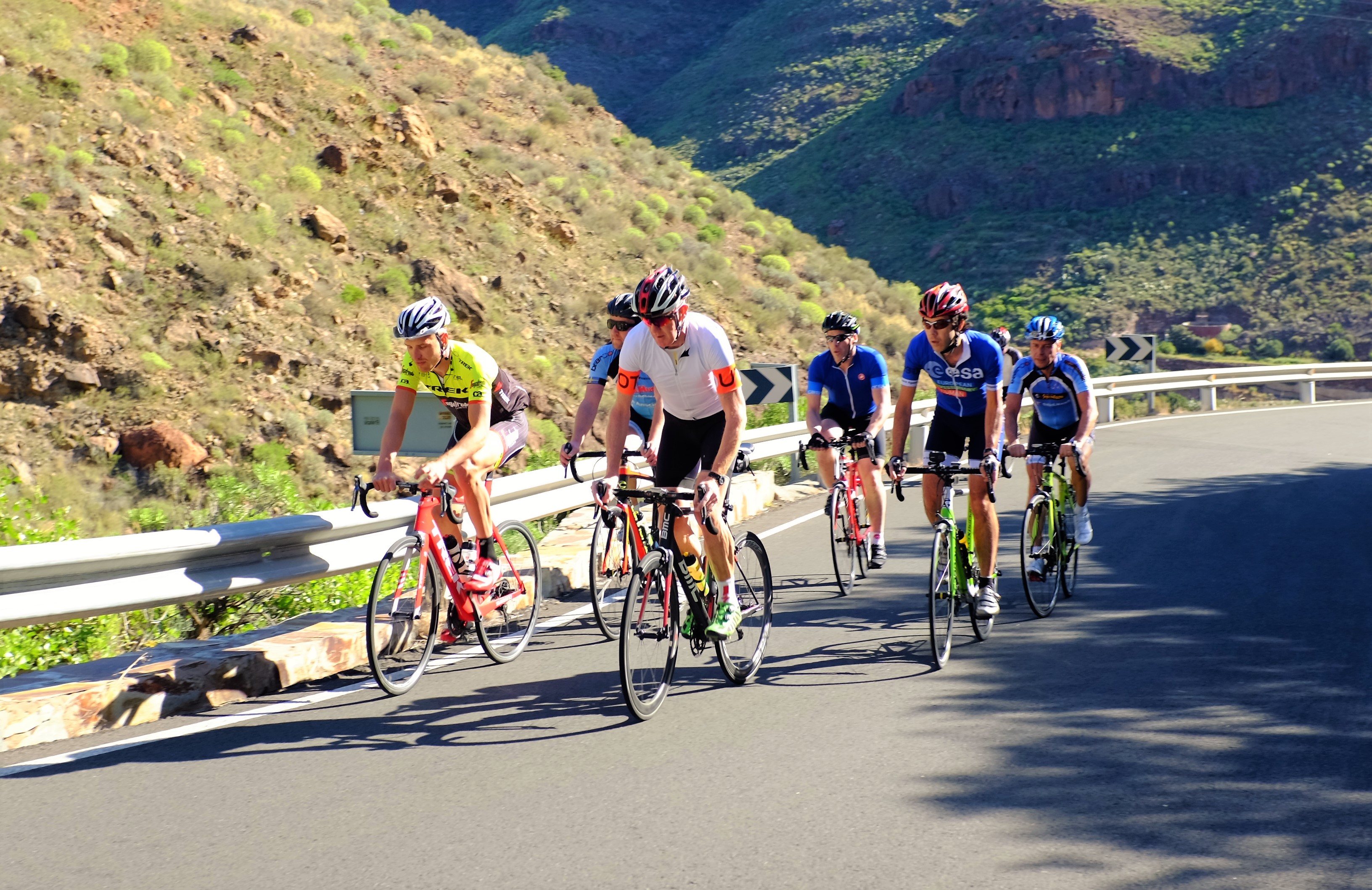 What about the Balearics? Average January temperature of 10ºC.

Everywhere else: Put it this way, ice belongs on the outside of beer rather than on the tarmac.

The best in the west 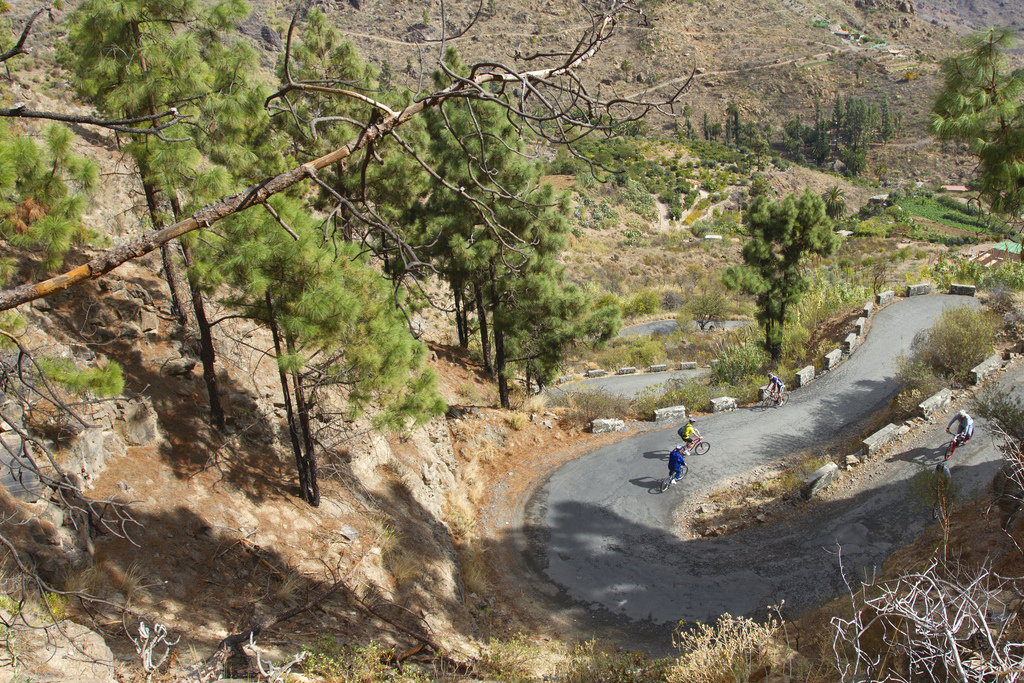 Whatever side of the Atlantic you call home, Gran Canaria is about as good as winter cycling is going to get.

Cycling here in midwinter is like cycling everywhere else in the halcyon days of early summer.

And those roads! Whoohoo, the island is 1956 metres above sea level and the winding, well-maintained roads snake all the way to the top. Notice that we say roads; there are half a dozen top-notch climbs just in south Gran Canaria and that's before you count Europe's only Horst 1 climb that's 365-days per year.

Notice that we say roads; there are half a dozen top-notch climbs just in south Gran Canaria and that's before you count Europe's only Horst 1 climb that's 365-days per year.

That's why every Tour of Gran Canaria is a blend of cycling enthusiasts from all over Europe and America.

The Tour of Gran Canaria

Ray describes the Tour of Gran Canaria likes this... "The Tour of Gran Canaria is 6-day guided & supported epic road trip all around the mountainous island of Gran Canaria. We stay in luxurious hotels right across the island, starting from the hot and arid south, to the cool forests in the interior, then moving down to the windy north-west coast, before making our way down the spine of the west coast, crossing 3 weather zones to arrive back in the south, a last valiant effort takes back up to the centre almost to the top, before we descend again to the south and our last night with a big party!"

We're not going to do much better that that for a description.

But hey, we have to try.

The Tour of Gran Canaria is the right mix of hard cycling and soft cushions and it's organized by the island's top cycling expert.

He's a man who gives a damn!

JUst DO IT: Contact Raymond Leddy from Cycle Gran Canaria.

We have 2285 guests and no members online