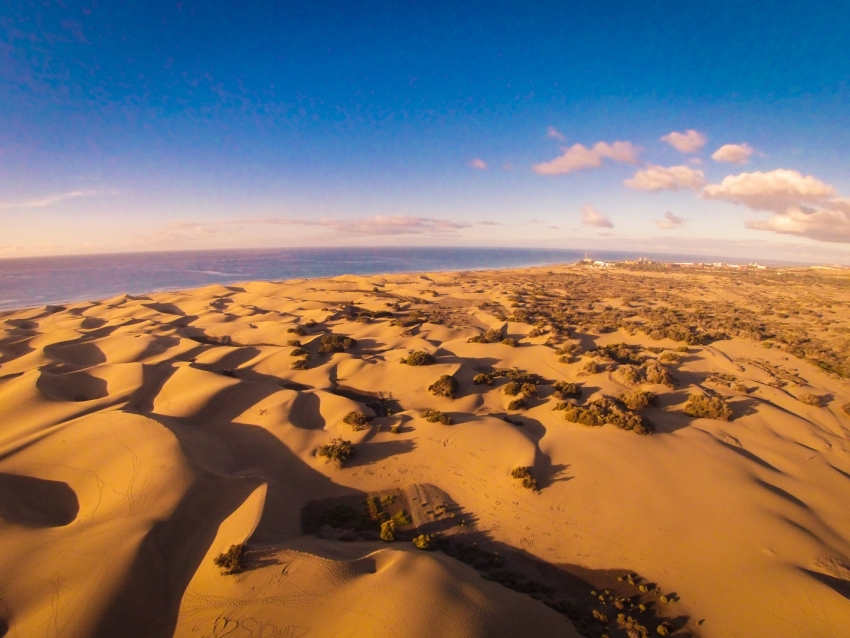 While the idea of the dunes being nothing but a stony plain sounds dreadful, the latest study is actually more positive than a 2007 report that predicted the demise of the dunes in just 30 years.

Whichever study you believe, there is a long-term problem with the dunes

They lose up to 40,000 cubic metres of sand per year and the highest dues have shrunk from 15 metres in the 1970s to six metres today.

It's because the area's natural sand cycle is broken.

Before Playa del Ingles and Maspalomas resorts sprung up in the 1960s, the whole Maspalomas area was wild and open to the wind. The dunes were free to roam around over a wider area and there was much more vegetation to slow erosion down.

Sand that blew off the dunes was replaced by new sand washing and blowing in from the ocean. And circular wind flows kept sand cycling between Maspalomas and Playa del Inglés beaches.

However, once the hotels went up and hemmed in the dunes, the natural sand cycle stopped working. Tall hotels interfered with the wind and man-made structures along the coast disrupted the flow of new sand.

Instead of going in a circle, sand from the dunes now blows out to sea into deep water.

The effect is that the dunes lose more sand than they gain every year and are shrinking.

What can be done about it?

It's a big challenge. Removing all the hotels isn't an option, but something has to be done before Maspalomas' famous natural wonder turns into a stony plain.

The island's Environment Minister has already announced plans to add sand to the dunes system by pumping it up from offshore sandbanks. The idea is to recover the sand that blows off the dunes before it reaches deep water.

While this won't fix the broken sand-cycle, it will keep the dunes going until experts work out if there is a permanent fix.

Alex says: Experts believe the dunes were formed by a giant tsunami around 1750. It is possible that they have been slowly eroding away ever since. More investigation is needed. FAST!!

We have 2754 guests and no members online