The Las Palmas Beer Scene Is Pitcher Perfect These Days 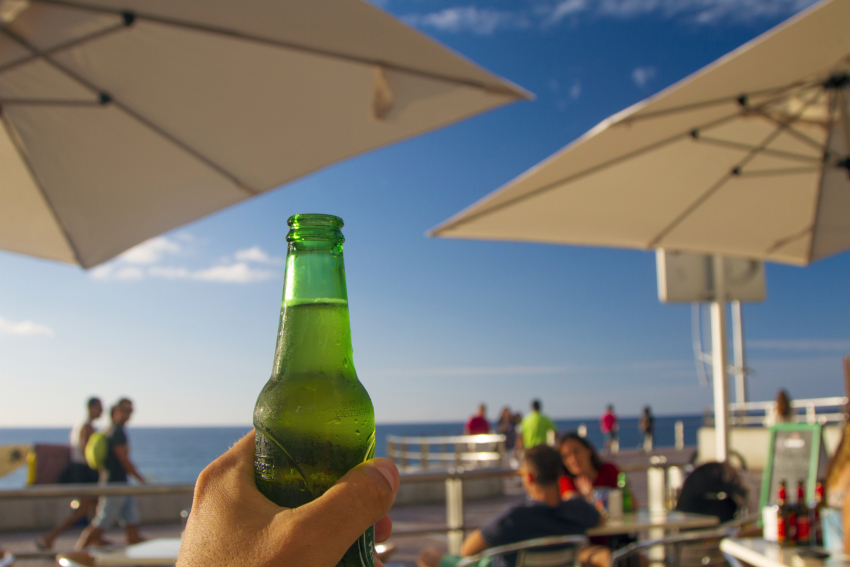 The Las Palmas beer bar scene is hopping these days

Everyone loves a cold jarra by the beach but there is far more to the Gran Canaria beer scene than lager in a big frosted glass. In Las Palmas, a set of excellent bars has raised the island's beer game to new heights with everything from locally made IPAs, sours and even fruit and coffee beers to draft Brewdog.

Beer by the beach in Las Palmas

Along the beachfront, Las Buenas Pulgas has a pubby atmosphere inside and plenty of outdoor tables for sunny afternoons. It offers a rage of craft beers on tap and a huge selection of bottled brews. It's towards the southern end of the beach where Calle El Cid hits the Avenida.

A  bit further north, The Beer Castle is the place to go for friendly service, a good range of bottled beers from around the world and some tasty-beer grub (try the Moroccan sausages). The Beer Castle is on the corner of the Avenida and Calle Franchy Roca.

Beer behind the beach in Las Palmas

Follow Franchy Roca street inland and you get to The Situation where Hoppy Hour (50% off your second craft half or pint) is from 19.00 to 22.00, Monday to Thursday. The Situation offers a huge and ever-changing range of draft, bottled and tinned craft beer from all over the place.

A few minutes walk away is Coriasso's at Los Martinez de Escobar 34. Set in an old house, it has a great atmosphere, a good mix of people and a wide selection of beer on draft and in the fridges.

Beer in the old town at Vegueta

To bars in Vegueta are essential stops if you love good beer. The first is Echarle Huevos on at Calle Mendizabal 37 with excelent craft beers and frequent live music.

Or, head to Te Lo Dije Pérez for its craft beer of the week, tapas and selection of Spanish and international craft brews. It's at Calle Ovispo Codina 6.

The two best known and most widely available Gran Canaria craft beers are Jaira (mango beer anyone?) and Galotia (with its own weekend taproom bar in Vecindario and guided grewery visits) although Viva Beer, a larger brewer, also has a good reputation for its quality beers. These days, even the island's mega Tropical brewery is in on the act with its Caraperro range of passable craft bottled beer.

Plenty of smaller local breers contribute to the scene these days and it's always worth asking about the latest offerring in any of Las Palmas' beer bars.

We have 3160 guests and no members online