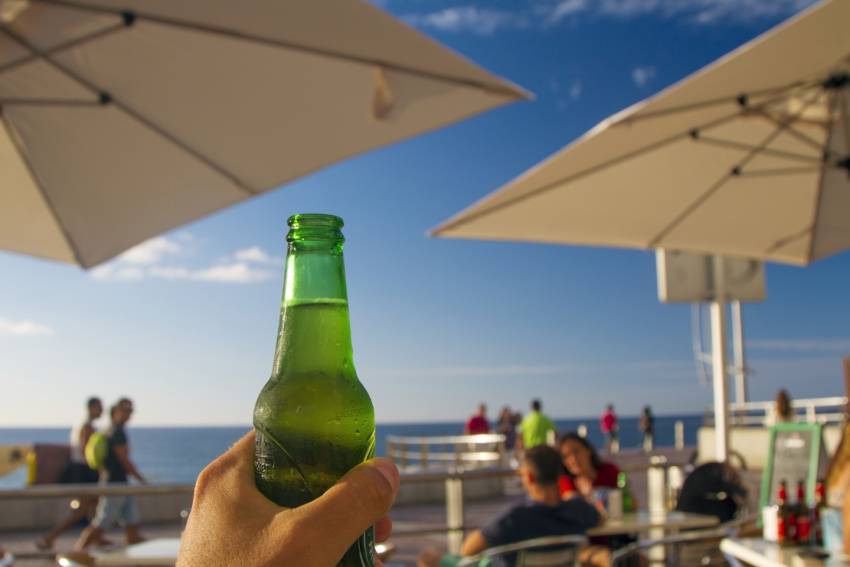 You can do Las Palmas this way if you want:  As the first Spanish city founded in the New World, it's gravid with history. It was attacked by cavemen, visited by Columbus, fought off an attack by Sir Francis Drake and got sacked by Dutch privateers. Vegueta is the perfect cultural destination: Compact, well-preserved and full of small, interesting museums. However, there is also a spicier side to the city that you miss if you focus on the past.

Down at the modern end by the beach, tourism is about catching waves, learning Spanish, scoffing tapas and dancing salsa until you drop. Visitors are discovering Las Palmas as an exciting, modern city with Latino flair. They may wander over to Vegueta to visit Columbus' old haunts but they spend most of their time having fun in the sun.

This alternative scene isn't as new as it sounds. Until the late 1960s Las Palmas was the main tourist destination on the island and the beach was covered in Scandinavians and Brits. After the resorts in the south took off the city went to sleep, resting on its ancient laurels.

With millions of cruise ship passengers spending a day in the city, and three million tourist a year on the island for a week or two, Las Palmas has an opportunity to remind people that it is a destination in its own right. But it's not history and architecture that will bring the visitors back, it's today's city with its beach culture, great Spanish food and laid back cool.

We believe that modern Las Palmas is missing a trick by focusing on the city it was 500 years ago rather than the city it is now. Nobody leaps out of bed in the morning because they are excited about visiting a cathedral. But sunset cocktails, tasty tapas, warm sand and Latino rhythm? That sounds like fun!

There are bars by Las Canteras that do the best caipirinhas this side of Copacabana and the streets behind the beach are full of restaurants knocking out quality Spanish tapas. And then there's live music on the beachfront every Saturday, tapas night in Vegueta on Thursdays, carnival, the surf competitions, the marathon, the food and film weekend ... Las Palmas is already happening, it's just that nobody knows about it yet!

We have 2763 guests and no members online