Five Fascinating Facts You Never Knew About The Agaete Valley 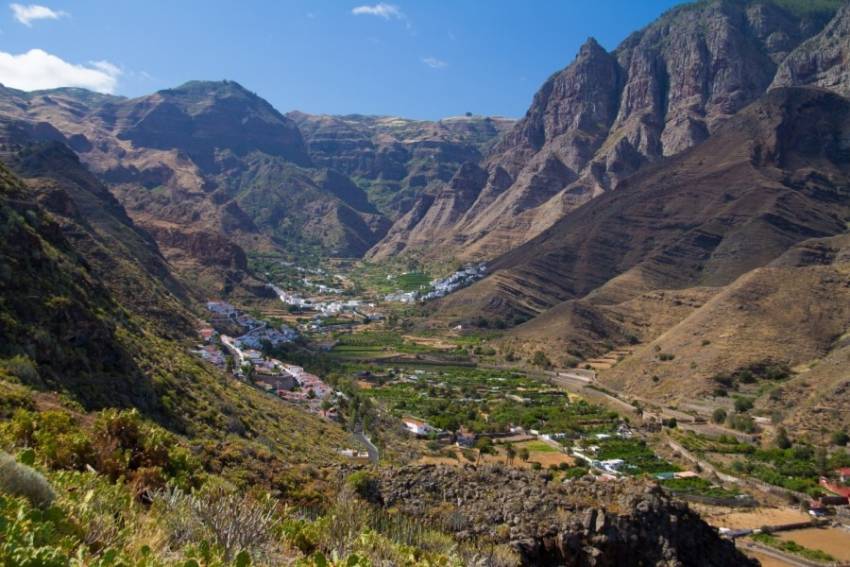 The secrets of the Agaete Valley

The Agaete Valley is Gran Canaria's barranco of secrets and it doesn't give them up easily. Here are five things that you never knew about the Agaete Valley.

The Agaete Valley has the most recent lava in Gran Canaria and the oldest rocks on the island. The rocks around San Pedro village, half way up the valley, are up to 14 million years old and are the oldest in Gran Canaria. They are part of the original island that emerged from the sea and are only exposed in this one spot. Just down the valley is the Malpais de la Necrópolis. It's thought to be just 3000 years old and is the most recent lava on the island.  Oh yes, and it's also an archaeological site with over 700 pre-Hispanic tombs.

Agatha Christie visited Agaete and Puerto de las Nieves from Las Palmas in 1927 and even set a short story in the area. It's called The Companion and it's story eight in her collection of short stories entitled The Thirteen Problems. It's about two middle-aged women on holiday in Gran Canaria. One drowns at Puerto de las Nieves, but witnesses say she was murdered. Miss Marple solves the case.

The Agaete Valley is Gran Canaria's Valley of Longevity. Locals believe that the water that seeps from the base of the 800 metre Tamadaba Massif is the healthiest on the island and prolongs life. Old people in the valley, and there are plenty of them, still walk up to the stream heads to collect their drinking water.

Today the Agaete Valley is famous for its fresh fish, coffee, and tropical fruit but the biggest industry in the area was once shoemaking. Between 1936 and 1975 the Agaete shoe factory made high-quality leather shoes for the whole island. Agaete shoes even made it onto the feet of film stars like Silvana Pampanini y Marcelo Mastroianni during the 1954 filming of Tirma in Gran Canaria.

Puerto de las Nieves isn't named after sea mist or the snow on Teide volcano but after a triptych painted by Dutch master Joos van Cleve. It was commissioned in the 16th Century by wealthy Genovese resident Antonio Cerezo and pàid for with money made from sugar cane grown in the Valley. The original is currently being renovated by restorers from the Prado museum in Madrid, but there is an exact copy in the Puerto de las Nieves Hermitage.

We have 3068 guests and no members online