Storm In A Teacup: Gran Canaria Property Confusion And What It Means To Private Owners 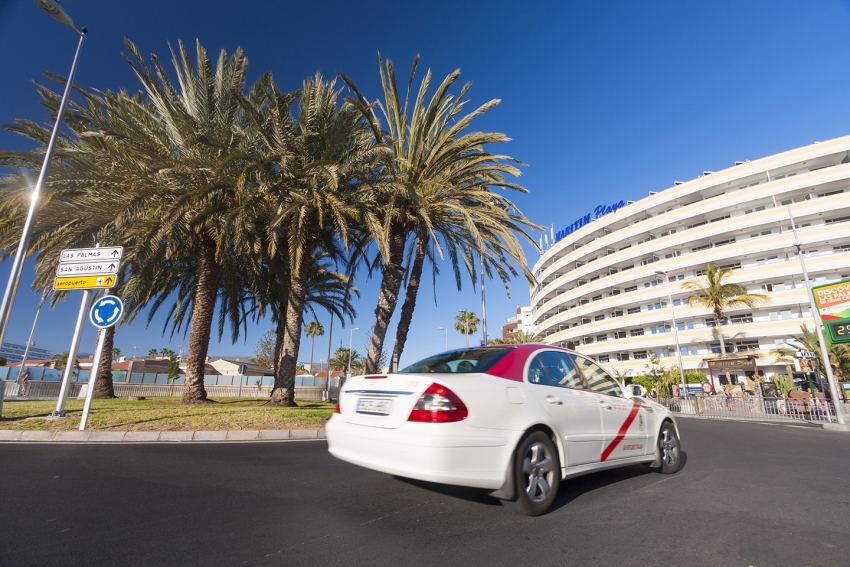 A recent draft law released by the San Bartolomé de Tirajana town hall (Ayuntamiento) has generated widespread confusion and worry in Gran Canaria. However, there is little to be concerned about as the situation is being hyped up for political reasons. Here's a concise summary of what's going on and what it means.

We have updated this article to take into account the important effects of the 1995 Ordenación del Turismo de Canarias law.

Don't panic, this is nowhere near as bad as the press coverage makes it seem. The new laws do not include a ban on people using properties in touristic complexes for private use.

Two recent laws passed by the Canarian parliament have impacted the way you can use your property in Gran Canaria. However, much of the recent panic has been caused because the effects of the 1995 Ordenación del Turismo de Canarias have not been taken into account.

This law establishes that provided a complex with a tourist license has 51% of its units in tourist exploitation, the other 49% can be used for private purposes.

In 2013, the Canary Islands parliament passed a law called the Ley de Modernización y Renovación Turística de Canarias: It was designed to encourage the investment in Canarian resorts that we all know is needed.

The new rules in the 2013 law received huge attention this week after San Bartolomé de Tirajana (SBT) town hall released its draft Plan General de Ordenación (PGO) to the public. This PGO is SBT's reaction to the 2013 law and contains little that wasn't already public knowledge.

You also have to factor in the effects of the new 2015 rental laws, which defined what kind of property can be rented to tourists on a short-term basis.

Alex says: The vital take-home points are these: The 1995 law, updated in 1999, allows for private use of properties in touristic complexes provided that over 51% of the units are used for tourist rentals. Since hardly any complexes have been built since 1999, this pretty much covers all complexes in Gran Canaria's resorts. For complexes that gave up their tourist rental license before 2013, there are no circumstances under which they can be forced to reapply for one. They will be able to formalise their residential status.

The law allows community associations and the companies that handle their touristic rentals to force private owners to maintain the outside of their property to the minimum standards required by the complex's tourist license (but not the interior).

If an owner refuses, then the law allows the communidad to ask the local authorities to do the work and bill the owner. In the worst case scenario, the town hall can legally confiscate a property and sell it to pay for the work needed but this is highly unlikely to ever happen.

However, despite what the recent sensationalist reports state, the new law does not give the authorities permission to force an owner to give up their residence to touristic use, as long as the complex as a whole is kept running under a tourist license.

The 2013 law also technically allows an investment company to buy 51% of the property units in a complex and to use the law to force the remaining owners to pay for the modernisation work needed to modernise it.

Complexes on touristic land that no longer have a tourist license could according to the 2013 law, theoretically be forced to revert to touristic use. This is the only element of the press reports that is true.  However, it is an extremely unlikely scenario and not the real intention of the law, as both the SBT Ayuntamiento and the Canarian Govermnent (eg. Rafael Castellano from Gesplan in LP 21st of August) have recently stated publically.

Owners of property on de-facto residential complexes in SBT now have an opportunity to request that the status of their complex be formally recognised.

Residential complexes on touristic soil will have to formalise their residential status, but cannot be forced to revert to touristic use.

It is now illegal to rent private property within resorts (properties on suelo turístico) on a short term basis unless they have a tourist license. It has always been illegal to do this, but the previous law was too vague to be enforced.

Outside resort areas any property can be rented short-term to tourists provided that the owners pay their taxes and agree to advertise the property honestly.

The PGO and what it means

The document getting all the press attention this week is the draft Plan General de Ordenación produced by SBT. It is a broad document that updates the area's land use laws based on the changes introduced by the 2013 modernisation law. It does not affect individual property rights and residential rights and will not, whatever its final wording, give SBT town hall the right to repossess private property or to change its use..

The PGO affects all land between the coast and the GC-500 road, plus Sonnenland (residential since 2012 but still has some touristic complexes), as this was the zone originally designated as 'suelo turístico'. That's why there are no schools or cultural centres between the road and the sea.

The 1995 law, which was updated in 1999, clearly states that complexes with tourist licenses only need to have 51% of their units under touristic exploitation. The remaining 49% can be used 'for private purposes' as holiday homes or second residences. This is specifically recognised in Article 24 of the 2013 law.

While private use does not implicitly include permanent residence, it does it exclude it. Basically, it is fine to live in complexes with tourist licenses.

So why all the fuss now?

There is a huge element of hype involved: Local elections in SBT returned the incumbent PP and the mayor to the town hall and the left-wing opposition (including new kids on the block Podemos) are pushing hard against the status quo. You also have legal firms in south Gran Canaria sensationalising the issue as they stand to gain from the new business. Every panicked owner who goes to a lawyer has to pay fees.

In essence, what we have here is a classic political bun fight driven by the left-wing Podemos Party for local political gain. They are creating a panic by claiming that the 2013 law directly impacts on people's rights to live in resort areas and tourist complexes. It does not, as the right to use private properties on touristic complexes was established in 1995 and updated in 1999.

What does it all mean for property owners and complexes?

The 1995 Ordenación del Turismo de Canarias law makes it very clear that people living in complexes with tourist licenses can continue to do so provided that 51% of the units in the complex are being rented out to tourists. This right is recognised by the 2013 law.

It means that the vast majority of people living in Gran Canaria's resorts can continue to do so without any concerns and that people can safely buy properties on touristic complexes for private use.

The only people who should be worried are people who live in complexes with tourist licenses that were granted after 1999. As we said, there are very few, if any, of these with people living in them.

The law allows apartment and bungalow community associations to form their own tourist rental companies and to set their own rules. They can effectively form a management company and then decide not to market the complex. This is an effective way for the owners of property on mixed residential and touristic complexes to run their affairs as they see fit.

What about other areas of Gran Canaria?

These laws apply to all resort areas of Gran Canaria and all of the Canary Islands. The 1995/99 law enshrining the right to private use of property on touristic complexes applies everywhere.

Should I buy property in Gran Canaria given the uncertainty?

There is no uncertainty once you take into account the 1995/99 law and disregard the sensationalism.

The rules are a little complex, so unless you speak perfect Spanish, we recommend that you use a quality estate agency in Gran Canaria.  We always say "just go to Cárdenas Real Estate*".

* We work with Cardenas Real Estate on a consulting basis. However, we turned down work from other estate agencies in the past as we only wanted to work with a reliable company with a great reputation.

** We have updated this article to include the vital effects of the 1995/99 Ordenación del Turismo de Canarias law.

Read this authoritative article by Cardenas Real Estate for a full explanation of the new laws and their consequences.

We have 2865 guests and no members online