The Canary Islands Are The Nursery Of The Atlantic Ocean

The Atlantic is a vast open ocean full of life and there are only a few places where it's creatures can come to breed, give birth and rest. The Canary Islands, rising out of the deep ocean, are one of them.

The warm, sheltered waters around the seven islands and their islets are a haven for a huge range of creatures that live in the Atlantic Ocean including whales and dolphins, sea turtles, sharks, fish and seabirds.

At least 30 species of whale and dolphin visit the islands along with five of the world's seven species of sea turtle, dozens of pelagic fish and shark species (relax, they all eat fish) and several endangered birds like the Kentish plover, Eleonora's falcon, and Macaronesian shearwater. 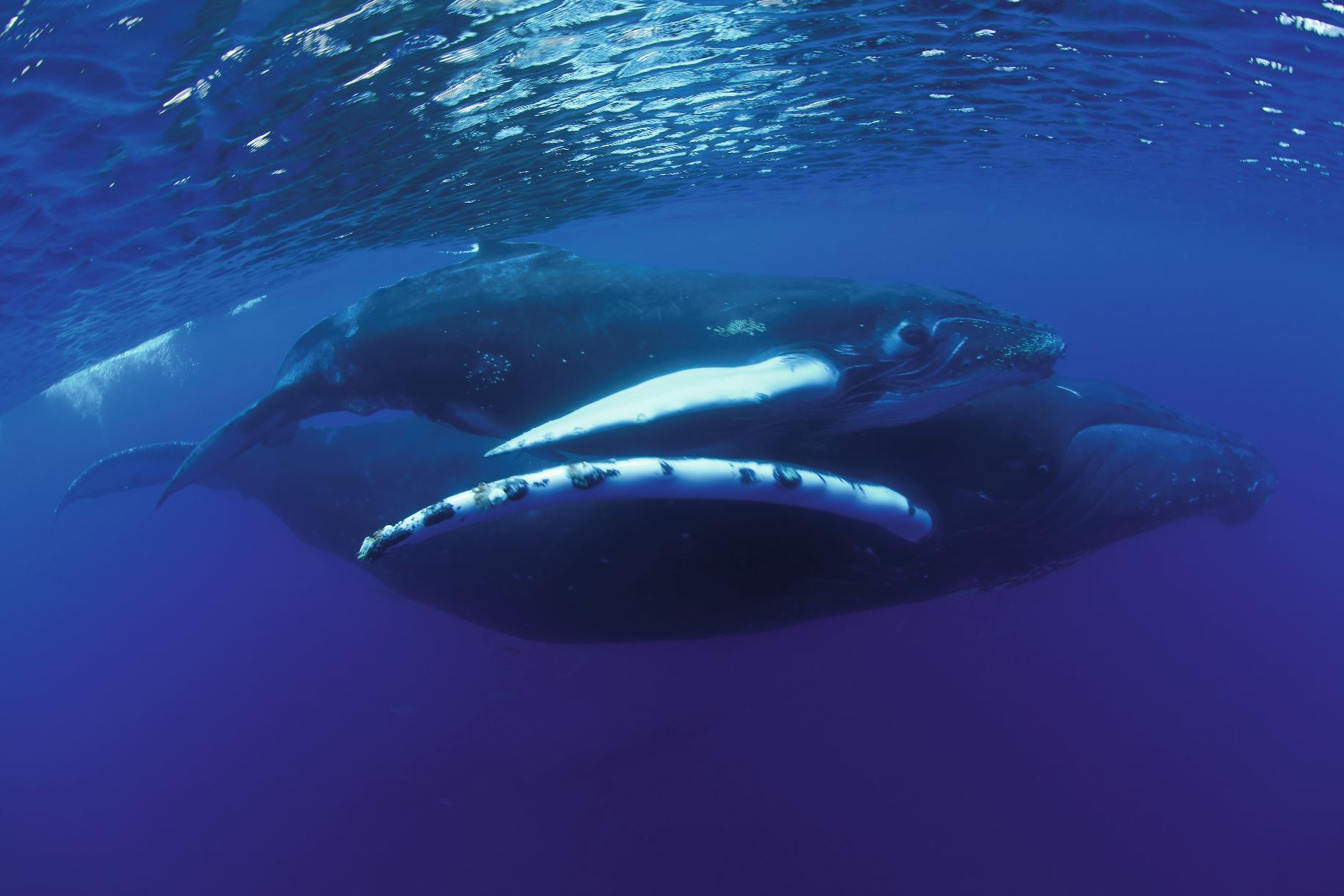 The Canary Islands are home to a large colony of short-finned pilot whales. They spend much of their time diving for squid in the deep trench between Tenerife and La Gomera but visit all of the islands. Other notable residents include sperm whales, bottlenose dolphins (the one from Flipper), Risso's dolphins and several of the mysterious beaked whales. The extremely rare eastern Atlantic humpback whale also visits the canaries on its annual migration between its breeding grounds close to the Cape Verde islands and its feeding grounds in theNorth Atlantic. 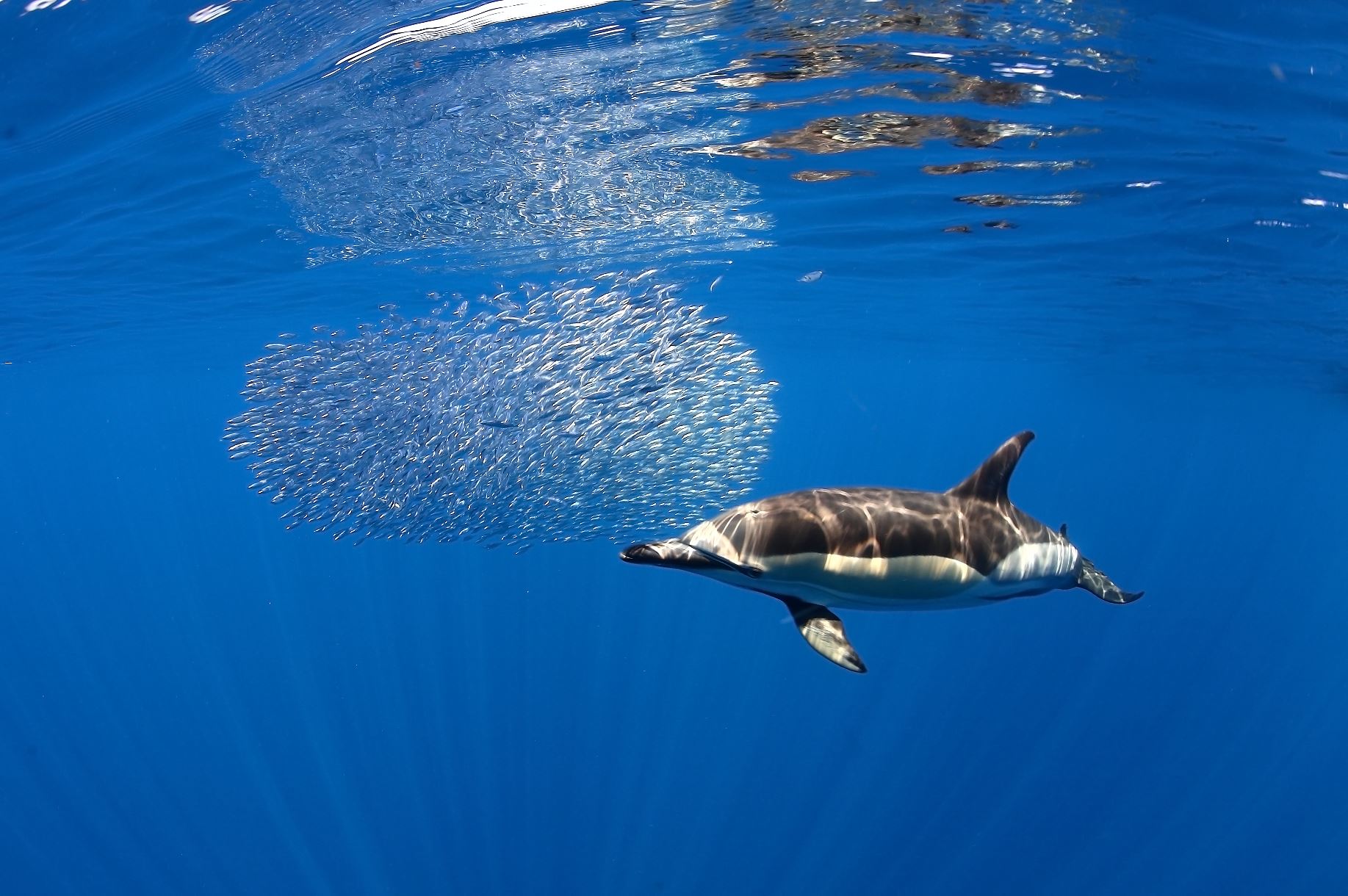 The Canary Islands attract so many different whales and dolphins because they are a convenient stopping point for species that migrate from north to south in the Atlantic and also provide shelter for oceanic species to breed. 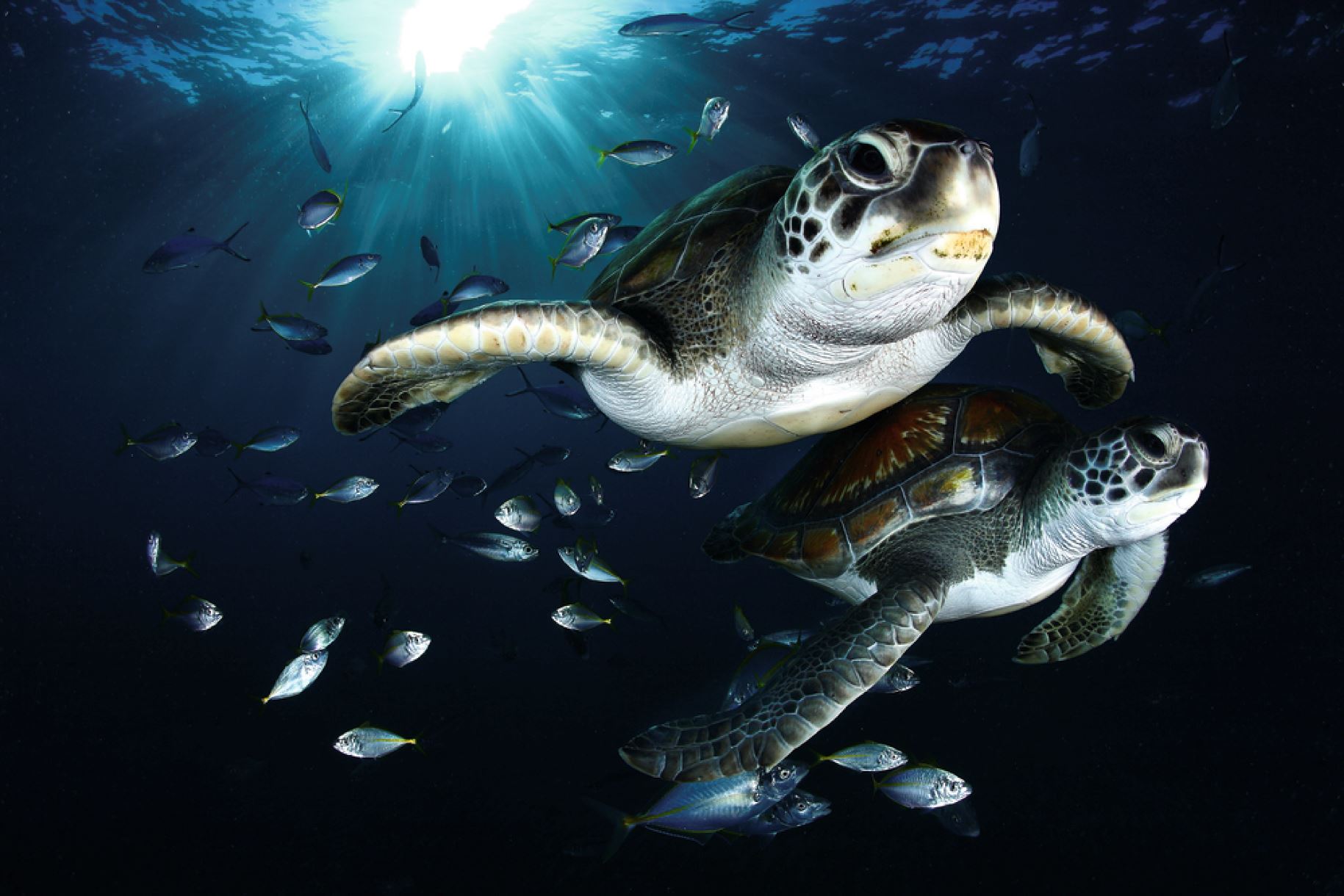 Five of the world's seven sea turtle species visit the Canary Islands to rest and feed. A couple of species, including the giant leatherback, may even have used Canarian beaches to breed in the past and conservationists are trying to get loggerhead turtles to use Fuerteventura's beaches again by releasing babies from Cofete beach.

The loggerhead turtle is the most common species in Canarian waters although giant leatherbacks and the endangered olive ridley are also seen every year. 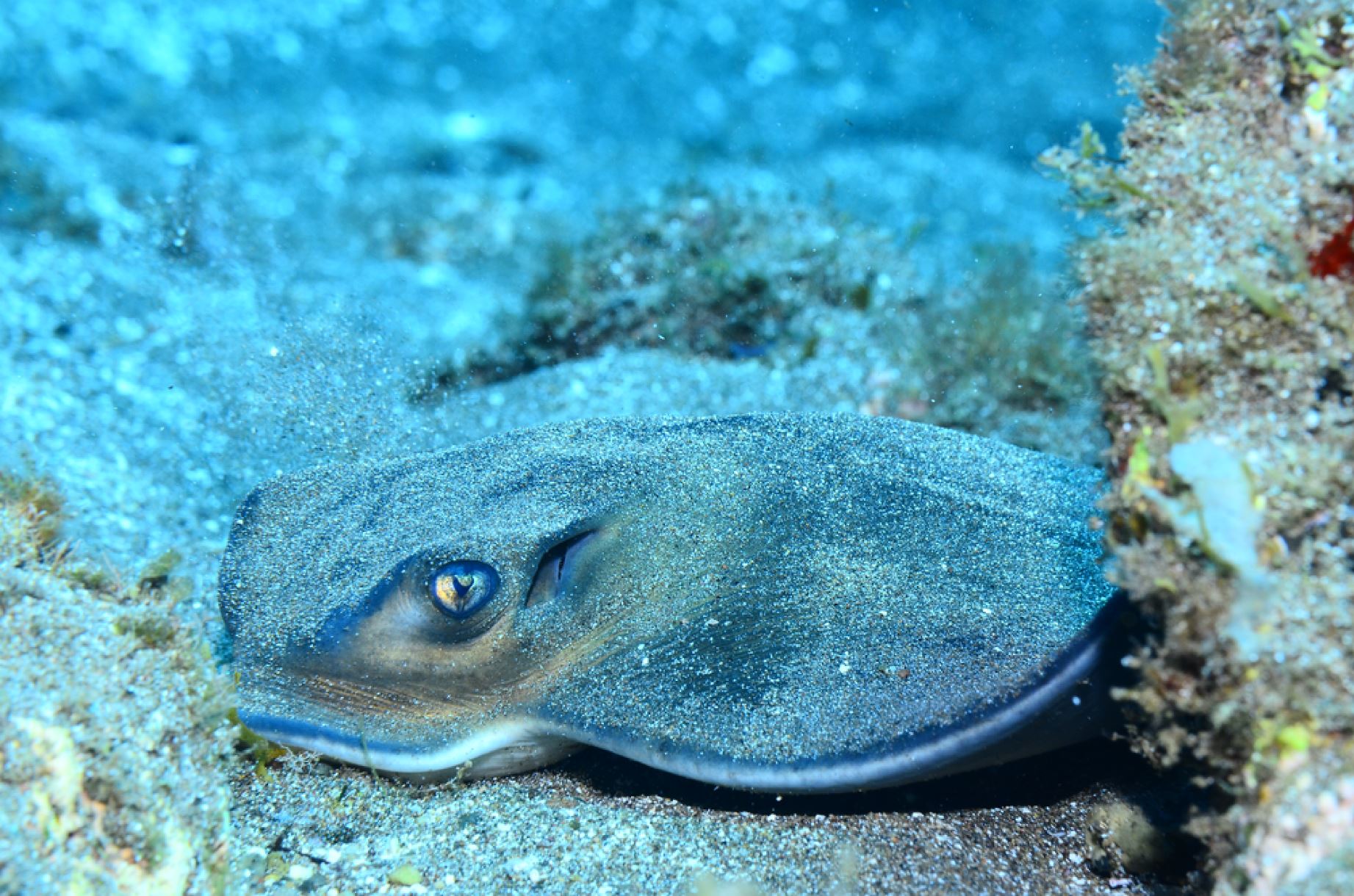 The Canary Islands have always played down their importance as a breeding ground for the shark species of the Atlantic Ocean because of the tourist industry. However, given that there has never been a shark attack in Canarian waters, it is something the island should be proud of. Mysterious whale sharks, the largest fish in the world, are occasional visitors and the islands are one of the last strongholds of the angel shark and butterfly ray.

Because there are no seals or sea lions in the Canary Islands, the sharks that visit are fish feeders and have no interest in eating tourists. Species like the hammerhead and silky shark are common offshore but rarely come close to the beaches. However, the Canary Islands are an important spot for the sharks of the Atlantic and many oceanic species use them to mate and breed.

A campaign to make the Canary Islands a shark and ray reserve is gaining strength. 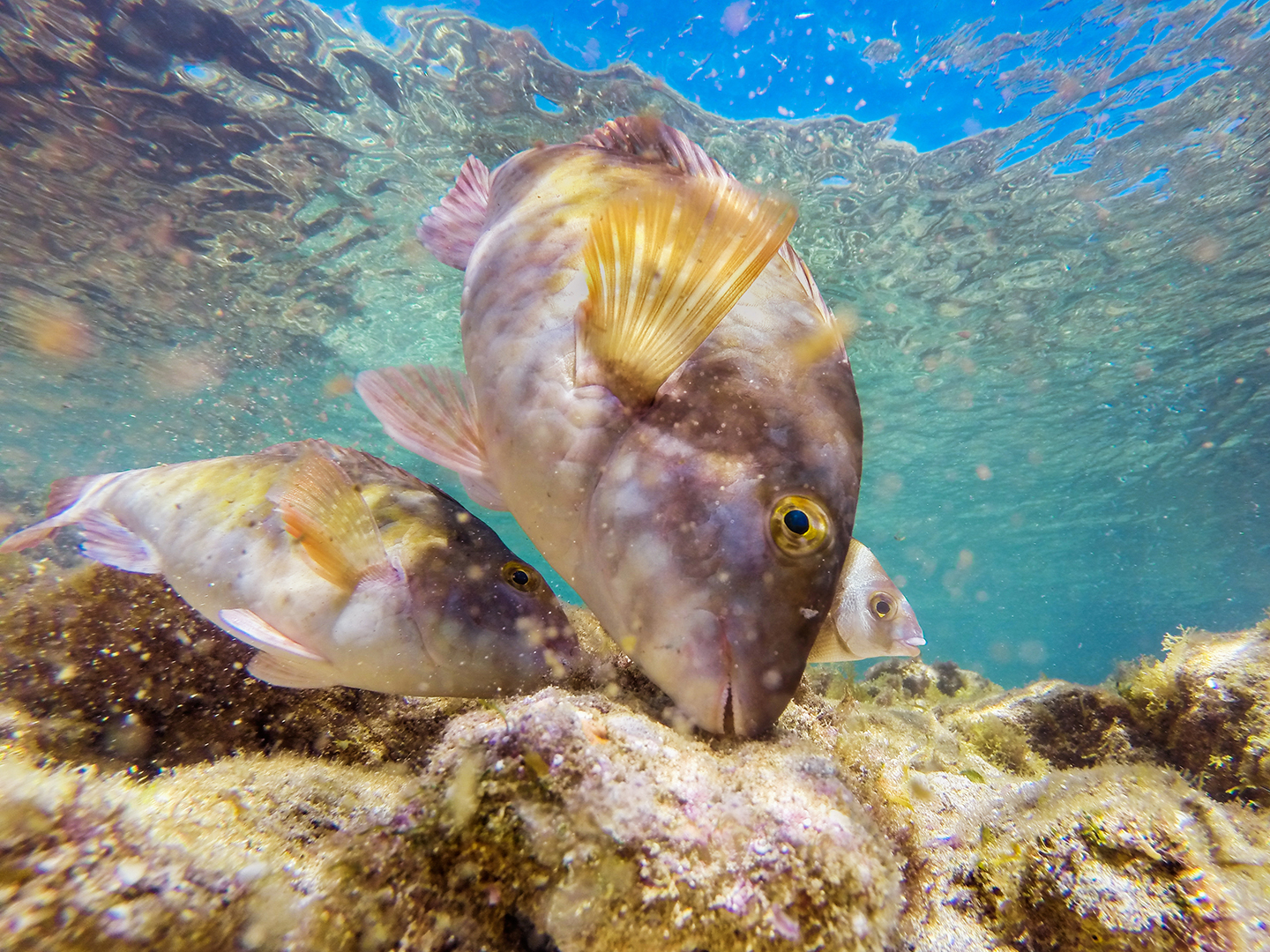 The rich waters of the Canary Islands attract most of the Atlantic Ocean's largest fish like the blue marlin, sunfish, and bluefin tuna. It makes the islands an important game fishing hotspot as well as a vital conservation area because the islands are where many big ocean species come to breed. 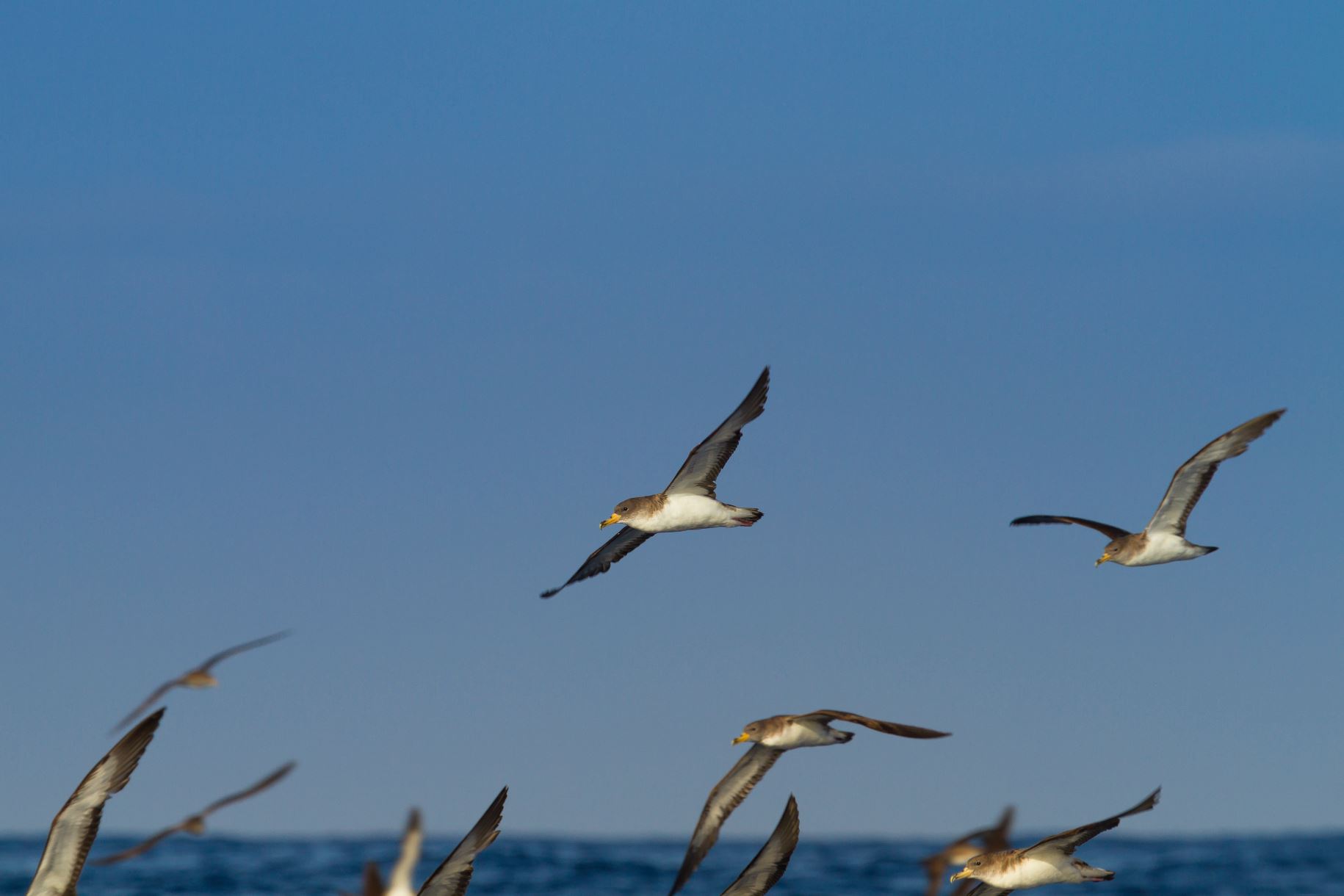 Several shearwater and petrel species nest on remote cliffs in the Canary islands and on the uninhabited islets of the Chinijo archipelago north of Lanzarote. The most common are Cory's shearwater and Bulwer's petrel, although several rare species also nest on the islands and feed in their waters.  The rare and mysterious Eleonora's falcon also nests in the Canary Islands. Dozens of migratory species use the Canary Islands as a stopping point during their travels.

Even birds need a holiday!

We have 2321 guests and no members online