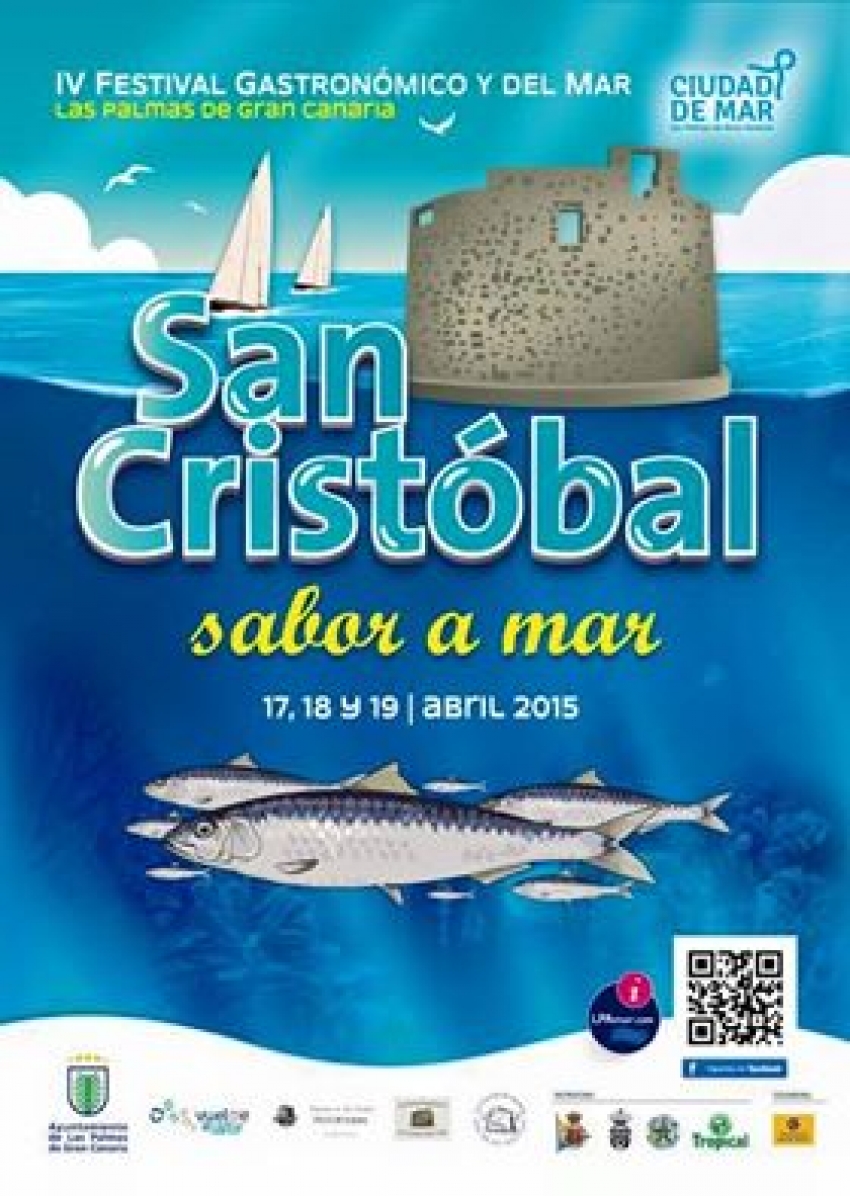 As well as seafood and live music, there's a photography and painting competition (enter here). Activities for kids are on between 11.00 and 14.00 and there's a craft market on Saturday between 12.00 and 16.00.

San Cristobal is home to the city's Fisherman's Guild (Cofradía de Pescadores). It's on the way into the city just after La Laja beach and while it was absorbed into Las Palmas, it still has a coastal village feel. Don't miss the promenade running along the shore between the restaurants and the offshore fort, and the tiny little sandy beach just next to the harbour.

San Cristobal's fort dates back to 1578, but was reconstructed in 1638 after damage inflicted during Sir Francis Drake's unsuccessful attack on Las Palmas in 1595 and Van der Does' successful sacking of the city in 1599.

From the south, head along the dual carriageway past La Laja beach, then park in the big car park just before the village. It's a short walk from the car park to the seafront. From Las Palmas, you have to drive past San Cristobal, turn off at Tres Palmas and turn round, then park on the ocean side of the road.

For a full list of activities, see the last two paragraphs of this Canarias 7 article.

More in this category: « Recent Earthquakes in Gran Canaria Campaign For Shark Sanctuary In The Canary Islands Gains Strength »
Login to post comments
back to top

We have 1638 guests and no members online