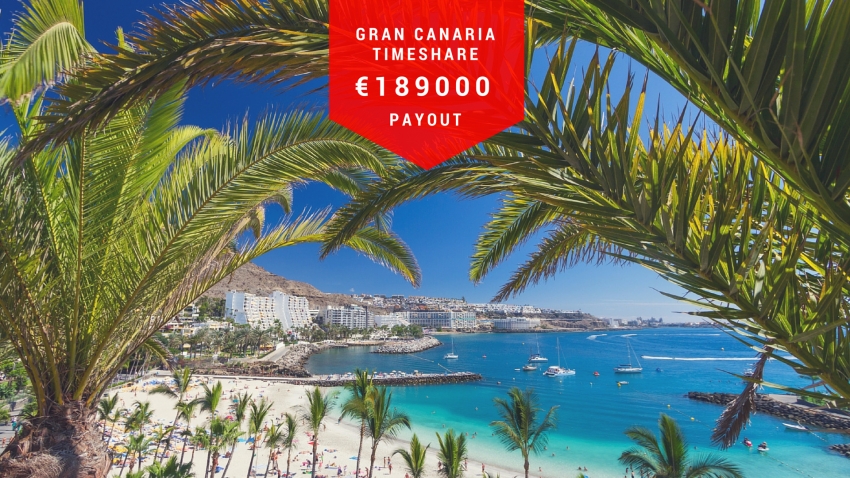 The Las Palmas High Court No. 5 has ordered Anfi de Mar timeshare resort to return €189,000 to a timeshare owner with an illegal contract.

It ruled that the four-week contract was null and void because it was sold in perpetuity and included floating weeks.

And, because Anfi took a big deposit during legal cooling-off period, the sum returned is twice the price that the former timeshare owner paid.

Yes, the owners got back double their money!

It's the latest in a string of Gran Canaria court decisions against Gran Canaria timeshare companies this year.

More will follow because the Spanish supreme court has clarified Spanish timeshare law.

A series of unappealable 2015 Supreme Court judgements have created a precedent in Spanish timeshare law. They affect timeshare in Gran Canaria, the Canary Islands and everywhere else in Spain.

The Supreme Court has ruled that all timeshare contracts signed after January 4, 1999, that contain any of the following three points are illegal.

The result is that thousands of timeshare contracts in the Canary Islands and Spain are not just illegal but so illegal that they are null and void. That means the timeshare company has to give back all the money it took.

I think my timeshare contract is illegal. What do I do?

You need a good lawyer who understands timeshare law and has won cases. In Gran Canaria, you're in luck.

It's called the Canarian Legal Alliance.

Spain's leading timeshare law experts are a Gran Canaria success story. They've changed Spanish law and allowed everyone with an illegal contract to get their money back.

Not just in Gran Canaria, but everywhere in Spain.

The CLA's team of lawyers has now won seven supreme court judgements and dozens of court cases. They are getting their clients' money back almost every week.

If you think your Spanish timeshare contract is illegal, contact the Canarian Legal Alliance today. Their legal team will contact you with 24 hours and you'll know within a day whether you can get your contract annulled and your money back.

We have 2509 guests and no members online