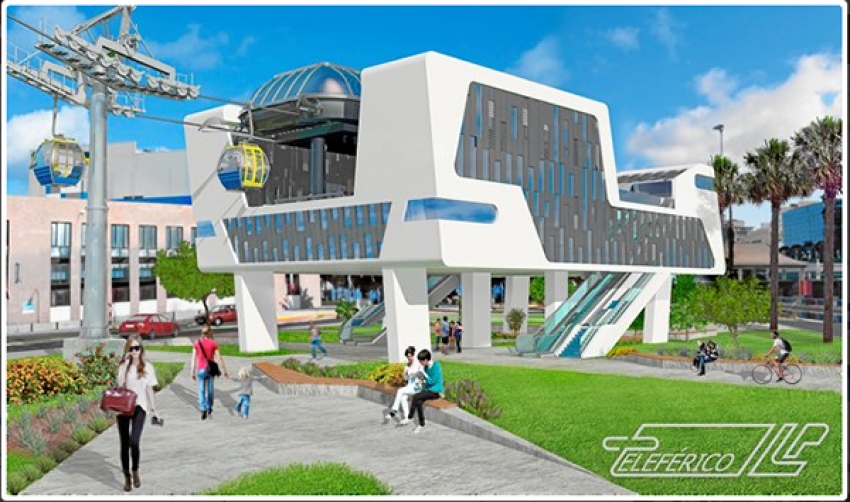 Investors have proposed a 2.2km cable car running from Las Palmas' port up to the El Vigía mountain on La Isleta.

The proposed route would start at the El Muelle shopping centre by Santa Catalina Square (and the cruise ship dock) and go over La Isleta barrio up to La Vigía mountain. Users would get panoramic views of the La Luz Port, Las Canteras beach and the north of Gran Canaria. They would also get a view of the La Isleta volcano field which is currently off limits to the public as it's inside the military base.

The private investors behind this plan are the same people that proposed a cable car from Tejeda village to Roque Nublo. That plan was widely rejected as conservationists and ecologists believed that it would ruin the landscape of the Gran Canaria biosphere reserve.

Reaction to this new, urban cable car has been mixed. Locals say they don't want tourists gawping at them in their houses and question whether it would benefit the barrio in any way. Others believe it would be another attraction for the area along with Poema de Mar aquarium (scheduled to open in 2017). Supporters point out that a similar cable car in Funchal, Madeira's has been a popular tourist attraction for years.

Alex Says: This plan is at an early stage and would have to go through a whole series of studies and votes in several layers of government before being approved or rejected. Don't expect to be riding over La Isleta any time soon.

We have 2953 guests and no members online