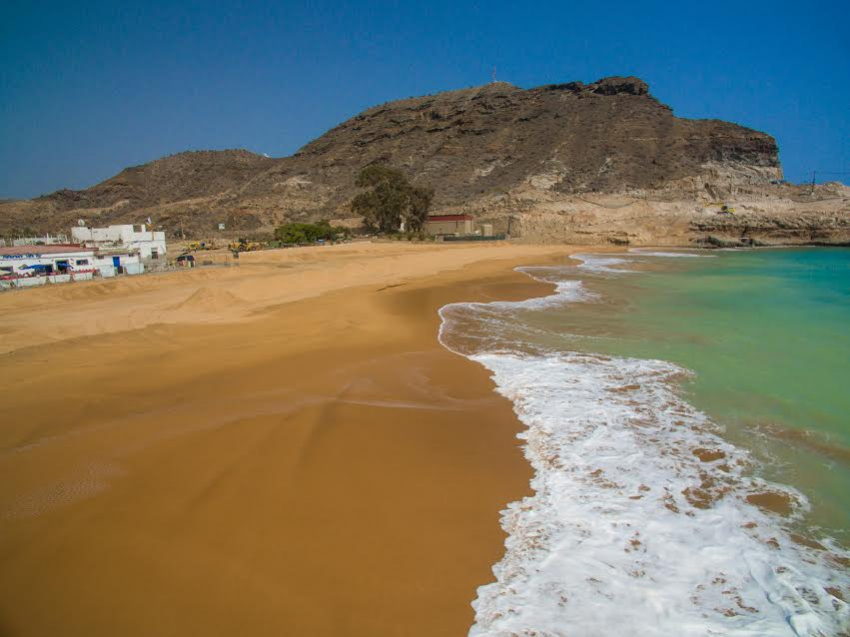 18.04.2017: Here's the Gran Canaria Info news and gossip round-up for April. Is every word true? Well, we have friends in low places and we do our best...

Local patience finally snapped over easter after months of looking over the fence at the new and empty sand on Tauro beach. Tauro residents and their supporters didn't just climb the fence over Easter, they cut it down and hid it.

Then over 200 people went to the beach at Tauro just like they have for decades only for the police to eject them after a few hours.

They'll be back as beaches in Spain are public and it isn't the locals fault that Anfi Tauro messed things up. People should be able to use the beach while the mess is sorted out.

The only thing the Mogan town hall, Gran Canaria government and Spain's central government seem to agree on is that the Arguineguin seafront needs investment. The trouble is, they can't agree on who should pay for it and this means that the whole area between Anfi beach and Las Marañuelas has been neglected for over 20 years.

The Gran Canaria government is now calling (surprise, surprise) for the Spanish government to pay the 11 million euros needed to make the area decent again.

Will it happen? Don't hold your breath.

House prices in the Canary Islands rose by 1% in the first three months of 2017; not a striking increase and actually below the Spanish average.

However, residential rents rose by 6% in Q1 due to increasing demand and the rising number of holiday rental properties in residential areas.

As for hotel and room occupancy, Gran Canaria was basically full during easter and summer is still looking good. Tourist spend in February was up 11% across the Canary Islands.

All we need now is for this vast boom to create more jobs!

Vice president of the Canary Islands’ autonomous community, Pedro Rodríguez, started a minor panic when he said in a press conference that the authorities were looking at ways to get residents out of resort areas and convert residential property back to touristic use.

This is the official government strategy so it shouldn't come as a surprise, even if the VP's words made more than a few people start looking over their shoulders for the roundup trucks.

Relax, while it makes economic sense for resort properties to be earning money for the island, nobody has even raised the possibility of forced evictions of the 70,000 residents in Gran Canaria's touristic areas.

With the mercury over 30ºC in the highlands, Gran Canaria's fire season has now started. Please take care to put out cigarettes, don't light fires or discard bottles and don't drive off the tarmac (sparks can set the pine forests ablaze). The fines for having a BBQ up in the highlands during the summer are eye-watering.

More in this category: « EXCLUSIVE NEWS: Gran Canaria Waterpark Company Builds World's Longest Rollercoaster There Is No Oil On Gran Canaria's Beaches »
Login to post comments
back to top

We have 3687 guests and no members online