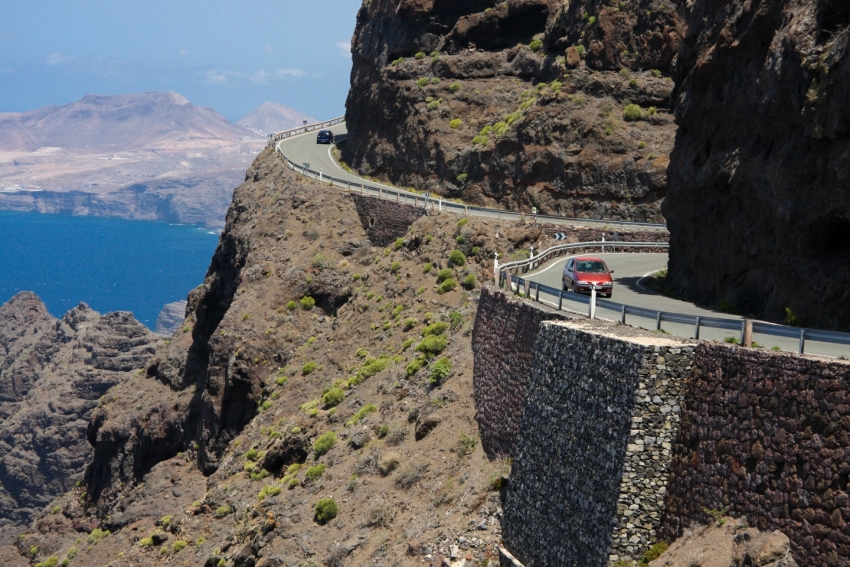 The epic, cliff-edge GC-200 road that runs between La Aldea and Agaete on Gran Canaria's west coast is now closed permanently after a 300-tonne rockfall.

Local authorities have declared that there is no reason to clear the latest rockfall as the road is bound to be blocked again and because the safety nets simply cannot protect the road from falling rocks.

The new inland road is close to being finished and will be opened to emergency vehicles straight away.

While the GC 200 is closed and the new road unfinished, access to La Aldea de San Nicolás town in west Gran Canaria will be via the southern stretch of the GC 200 from Mogán, or via the highland route up to Artenara.

Drivers can still access the viewpoint at the southern end of Anden Verde in La Aldea, and can still drive as far as El Risco village just south of Agaete.

No final opening date for the new road has been given.

More in this category: « Uma Thurman To Film 'Down A Dark Hall' In Gran Canaria Aerosmith Tickets For The Summer? »
Login to post comments
back to top

We have 2707 guests and no members online