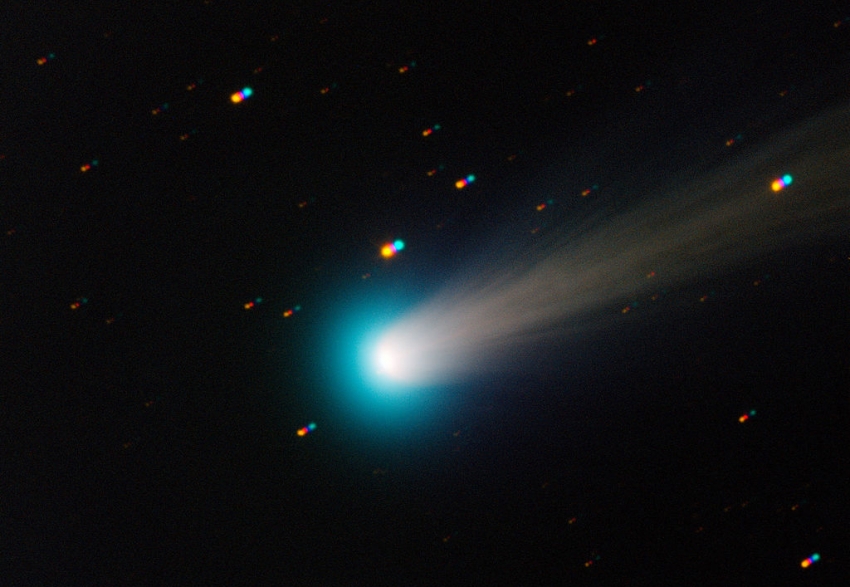 A green meteor streaked across the Gran Canaria sky on Sunday 8th March 2015 at 20.00, before landing just kilometres from the north coast.

The event lasted just four seconds but was spectacular enough to make people stop on the motorway. It was first sighted over the airport before heading north and crashing into the sea off San Felipe.

The meteor is believed to have weighed 600 kilos before it entered the Earth's atmosphere but just three kilos by the time it landed.The green colour came from the space rock's high levels of magnesium burning up in the atmosphere.

Locals are relieved that it didn't land on the island but also slightly sad as the hole would have made a great tourist attraction. Experts believe that the water is too deep to allow any attempts to recover the space rock.

We have 1823 guests and no members online