What's On In Gran Canaria In January 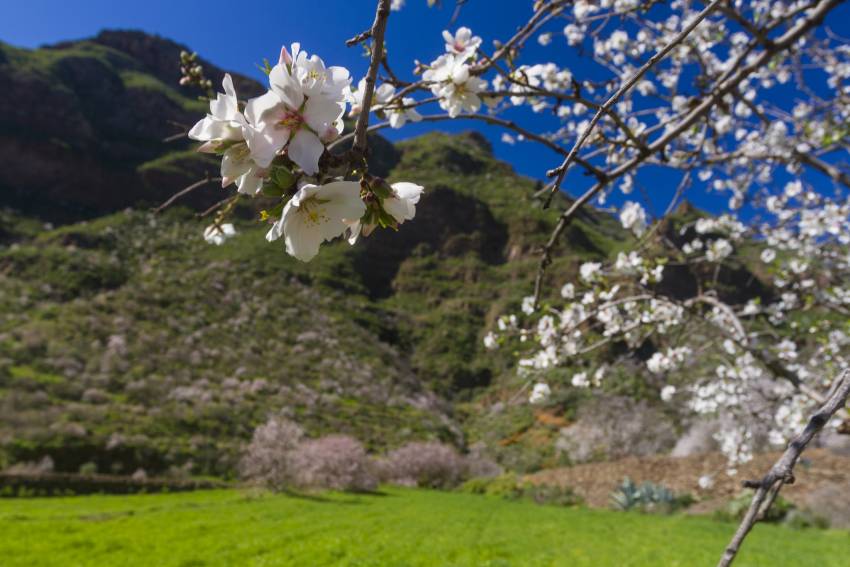 Gran Canaria is covered in almond blossom in January

January may be the height of winter across Europe but here in Gran Canaria there's plenty of outdoor events in the sunshine. If you're on the island this month, here's the top things to see and do.

In Spain, it's the three wise men or three kings that bring the kids their presents rather than Santa. Most towns celebrate with a procession, featuring the three kings on camels and tonnes of sweets, during the day of January 5th: fun for the kids, especially the local ones who know to bring umbrellas to catch as many sweets as possible.

The actual day of the three kings, known as Reyes, is on January 6.

Gran Canaria's almond trees all flower at the same time in January. For a few weeks the highlands are veiled in pink and white blossom. It forms drifts, covers windscreens and makes the whole place pretty.

Almonds are still an important part of the rural economy in Gran Canaria as they are used to make bienmesabe paste (so delicious it is literally called "tastes good to me") and lots of other sweets. That's why the main hill towns celebrate the blossom every year.

Head to San Bartolome village for the annual almond tree festival (23rd-25th January in 2015) or to Tejeda right at the end of the month for the island's biggest celebration of the blossom.

If you'd rather stay closer to sea level drive up the Guayadeque Valley for almond blossom without the steep drop offs.

The annual Gran Canaria marathon takes place at the end of January in Las Palmas. It's fast becoming an international event with sponsors such as Paula Radcliffe and Haile Gebrselassie. Whether you want to win it or watch it, come to Las Palmas for the day and join in.

The only traditional fiesta or romeria in Gran Canaria in January is during the last week of the month. It's big day is the last Sunday of the month when the locals dress up in traditional dress and parade through the streets with decorated floats and farm animals. Ingenio romeria isn't a famous one but they are all fun to visit.

During January and February the Canary Islands host the FIMC International Music Festival: The first classical music festival on the European circuit. Concerts are mostly in the Auditorio Alfredo Kraus in Las Palmas but smaller towns also host events. Check the program here.

The annual friendly football tournament at Maspalomas is 30 years old and still attracts big teams like Celtic, PSV Eindhoven and Sparta Prague. It's held every year at the Maspalomas Municipal Stadium.

We have 2394 guests and no members online