Tenerife Wine: A Canarian Red That Shouldn't Be As Good As It Is 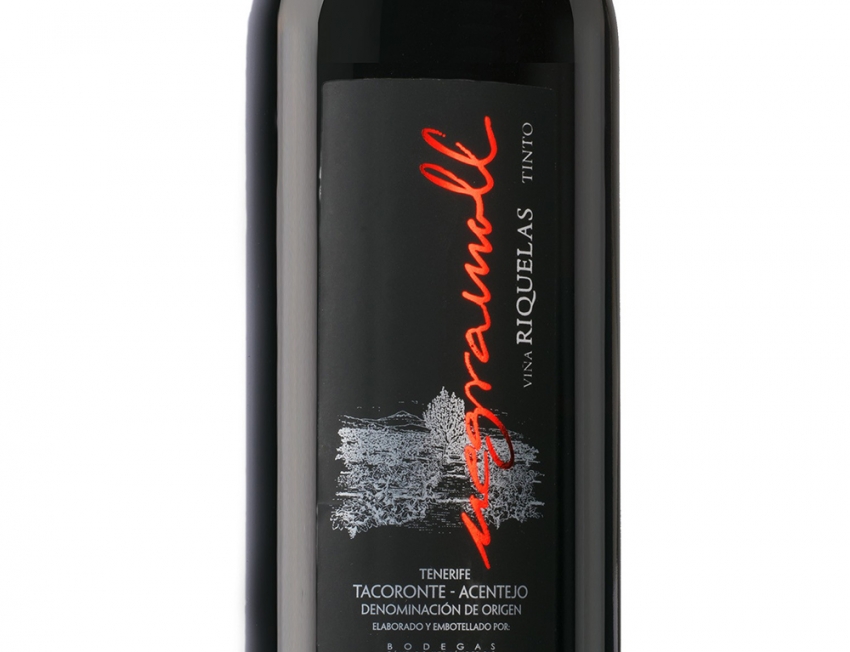 A lovely, smooth Tenerife red made from negramoll, the last appreciated of all Canarian grape varieties.

The negramoll grape has always been the junior partner to listán negro in Canarian and especially Tenerife red wines. It has a reputation for being a rather dull berry prone to producing acidic wine with unpleasant metallic flavours.

Most bodegas in the Canary Islands use it to add acidity to their red wines while relying on listán negro grapes to provide the fruity flavours. In Madeira, where it’s called tinta negra, negramoll the main grape in cheap Madeiras.

Producing a varietal negramoll wine is therefore pretty audacious as it challenges the Canarian status quo of letting listán negro do the talking, and asks a lot of an unfashionable grape.

It’s a gamble that has paid off; The Viña Riquelas negramoll tinto varietal (actually 90% negramoll and a cheeky 10% listán negro) from Tacoronte Acentejo in Tenerife shows that there is something to be said for letting negramoll have a say.

It’s redder than the standard, almost violet, Tacoronte Acentejo tintos and is a more restrained wine. This is no bad thing as lots of Tenerife reds have a lot going on and could do with calming down a bit.

The nose is slightly jammy strawberry with a hint of minerals. In the mouth, it is smooth and pleasantly acidic with red berry notes, some lingering tannin and a touch of sweetness. There is a faint and lingering metallic aftertaste.

Overall this is great value and a welcome change to the standard Tenerife red; Definitely worth trying and not just because it’s different.

If you don’t believe me, believe the experts; Viña Riquelas negramoll tinto has won international medals and even a prestigious Gran Baco Oro from the Spanish wine taster's union.

High five to the wine makers, the people behind the multiple-award-winning Balcon Canario tinto, for giving the least appreciated of Canarian grapes a chance to shine.

We have 4114 guests and no members online