Gofio: The History & Origins Of An Ancient Canary Islands Food 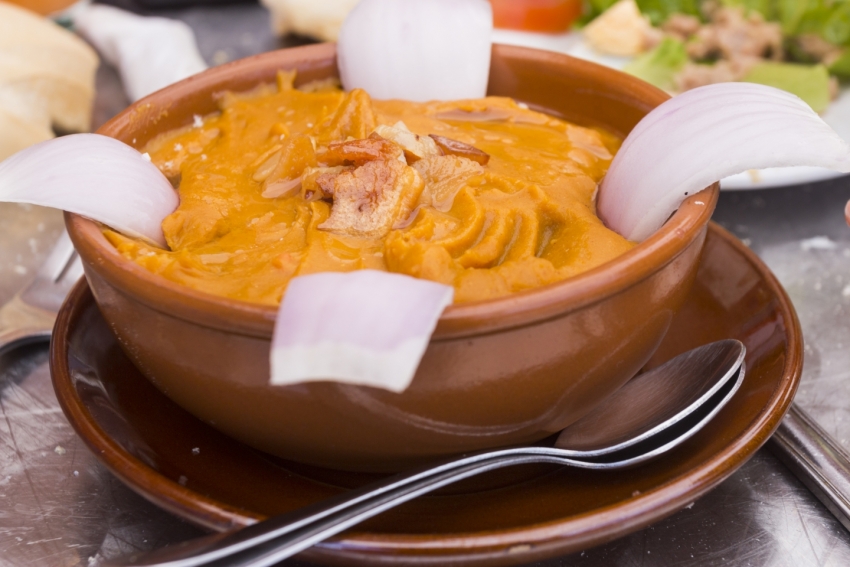 Gofio or roasted barley flour dishes are popular in the Canary Islands www.photosgrancanaria.com

Papas con mojo are the most famous Canarian dish, but gofio flour is the food that Canarians think of as their own. But rather than a unique Canary Islands food, gofio is a link between the islands and places all over the world. 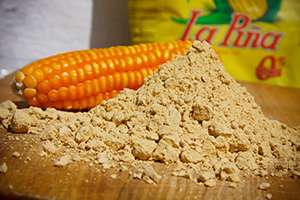 Gofio is finely milled flour made from roasted barley (although nowadays wheat and maize versions are also available). It tastes nutty and a bit like popcorn, and has a thick texture that some people don't like.

Gofio can be dissolved in coffee for breakfast, served as a porridge along with seafood, or made into a thick paste that can be sweet or savoury. It's even made into a sweet dessert mousse.

Because it's made from roasted grain, gofio is much more nutritious than plain white flour and is seen as a health food in the Canaries.

Where is it from?

Gofio was the staple diet of the original Canary Islanders who lived here for thousands of years before the Spanish came along. It's one of the few remaining links to the islands' pre-Hispanic culture, but it isn't just a novelty food.

Most Canarians are weaned on gofio and mashed bananas and eat it as part of their daily diet; often sprinkled on top of vegetable soups.

However, while gofio is a traditional Canarian food closely linked to Canarian identity, roasted barley flour is a staple food all around the world. It's an ancient foodstuff that has remained popular in high altitude areas where barley grows well and shepherds need a food that is easy to carry and make.

Another bit of evidence perhaps that the original Canarians were from the High Atlas mountains in North Africa?

From Tibet to Ethiopia via Japan, Finland and Mexico

The staple food in Tibet and highland Nepal is called Tsampa and it's a thick paste made from roasted barley flour. Tibetans even carry tsampa in a leather bag very similar to the traditional Canarian zurrón pouch.

In Ethiopia, roasted barley flour is called besso and it's made into a breakfast porridge or milkshake.

In Finland and Estonia, roasted barley flour is a traditional food called Kama; It's used to make desserts.

Across North Africa, roasted barley flour, known as bsisa, is popular with the Bedouin who make it into a  breakfast porridge.

In the Souss region of south Morocco, roasted barley flour is mixed with water and argan oil and made into sweet cakes for Ramadan.

In the Andes mountains of Colombia, Peru, Equador and Bolivia, roasted barley flour is a staple food and is called Machica or Pito

In Mexico, rural people still make and eat Pinole, a flour made from roasted corn (rather than barley). It is the food that the Tarahumara Indians, famous for their endurance running skills, eat on the go.

In China, Japan and Korea they make a tea out of roasted barley flour. It's called mugicha in Japanese, dàmàichá or màichá in Mandarin Chinese, and boricha in Korean.

Alex says: The original Canarians didn't seem to know how to ferment their barley into beer. Or maybe they did, but didn't want to share it with anyone else.

We have 2359 guests and no members online