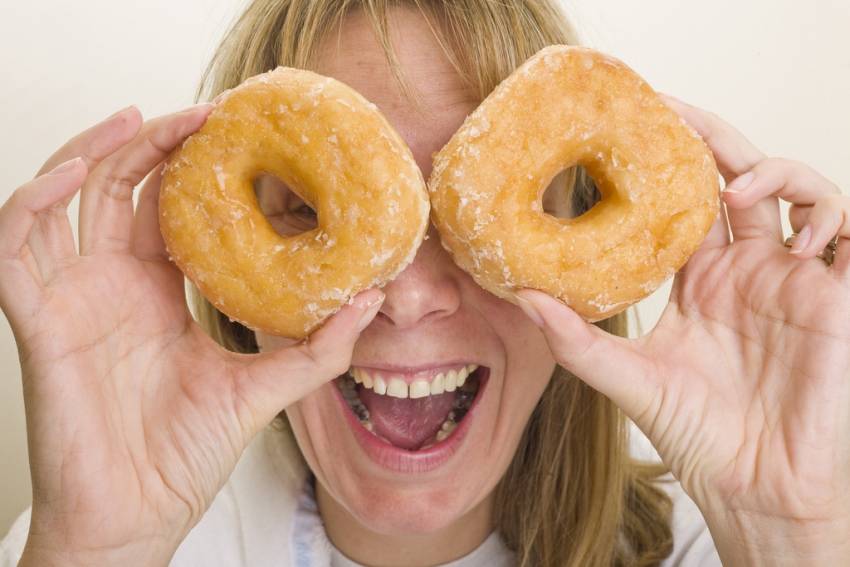 Light and fluffy, golden brown, with a crust of flaky sugar and a hint of lemon: Gran Canaria's doughnuts, called donuts, are a delight.

Donuts never make it into the guide books or the typical food lists. However, they are one of the island's unique treats and everybody who visits should try one.

Donuts are made daily by the Panrico Donuts company in Teror town and delivered every by a fleet of vans. By 9.00 am every bar, corner shop and cafe on the island has a stack of delicious donuts on their counter.

Panrico has been making donuts in Gran Canaria for over 50 years. Nowadays they produce a range of chocolate stuffed doughnuts a la crispy creme but their original version with the hole is still the best.
There are two ways to buy and eat a donut, both with their own local rules. These aren't enforced but are deeply entrenched in the Canarian psyche.

The first is to buy it in a small shop, called an estanco. Here donuts are always served in a square serviette that has a blue or red line around the edge. You eat the donut before you leave the shop: It's rude to eat and walk at the same time in the Canary Islands if you are over the age of 18.

The second way is to order your donut at a sit down cafe. It comes on a small white plate with a serviette (with no blue or white border), and a small fork. You eat your donut with the fork, not with your hands, accompanied with a cafe con leche. Dunking is permitted but causes an etiquette dilemma. You can't dunk with a fork. You can't you eat the donut with your hands. The solution is to break off a piece of donut with the side of the fork, using a downwards motion. You can then pick the piece up and dunk it in your coffee.

Alex says: Donuts go stale in hours so never buy one on a Saturday afternoon or Sunday. You can get them in supermarkets but the packaged ones are never as good.

We have 3070 guests and no members online