Gran Canaria's Biggest Butterfly Is One Of The Worlds Great Migrants 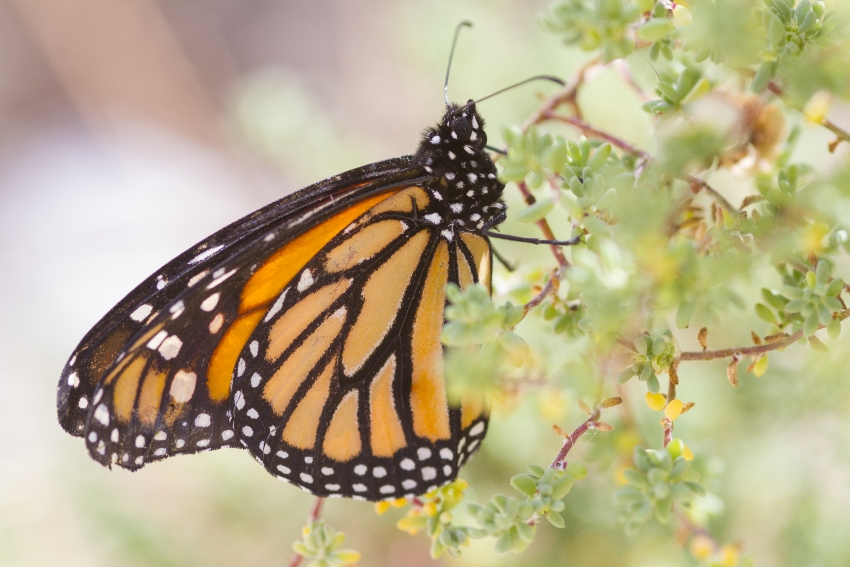 The Monarch butterfly is native to Gran Canaria www.photosgrancanaria.com

Gran Canaria's biggest butterfly, the Monarch, is from the USA but colonised the Canary Islands by flying across the Atlantic Ocean and is now a resident.

Also known as the wanderer, the monarch butterfly (Danaus plexippus) is famous for its long migration between Mexico, the US and Canada. They are strong enough to fly across the Atlantic Ocean have been found all over the world.

Monarchs have orange and black wings up to 12 centimetres across and are much bigger than any other Canarian butterfly (except the rare African monarch).

In the Canary Islands, Monarchs are permanent inhabitants rather than migrants; Their caterpillars, which eat milkweed plants in the US, feed off an endemic Canarian succulent called Ceropegia.

Monarchs are the only American species that has colonised the Canary Islands naturally.

Monarchs are common in Gran Canaria parks and gardens and are attracted to colourful flowers. Their poisonous caterpillars are covered in yellow, black and white stripes.

Alex says: Monarch butterflies are rare migrants in Europe and most of the ones that make it are though to come from the Canary Islands rather than from America.

We have 2401 guests and no members online