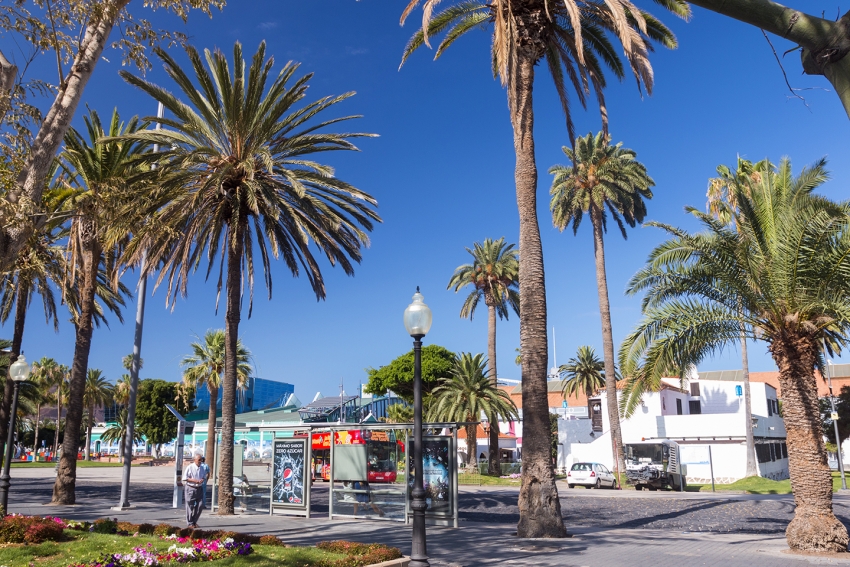 Why Las Palmas is a great place to visit, live and work www.photosgrancanaria.com

There's more to Gran Canaria than tourists, beaches and sunshine although the island's capital Las Palmas gets plenty of each. As a place to work and live Las Palmas has a few extra things going for it too.

The best city beach in the world

Let's not beat about the bush; Las Canteras is one of the world's great urban beaches and certainly the best in Europe. It's long, wide, sandy and beautiful with everything from shoals of friendly fish to surf waves. The beachfront is Las Palmas' most desirable property zone and gives everyone in Las Palmas something to do on those long sunny summer days.

The best outdoor shopping in Spain

The Triana shopping district, with its pedestrian lanes and elegant facades, is one of Spain's top outdoor shopping districts and took the top spot in a national vote a couple of years ago. The area has a great mix of fashion stores, independent boutiques (look in the back lanes just up the hill from the main drag), and outdoor cafes and restaurants. Just over the road is old town Vegueta; Perfect for a wander and stuffed with museums, galleries and yet more spots to stop for coffee.

It's not just Triana that hot for shopping: Mesas y Lopez street is its modern equivalent, and Las Arenas has lots of top names all under one roof.

The cleanest city air in Spain

Las Palmas, with the ocean on both sides, officially has the cleanest air of any Spanish city according to a World Health Organisation study.

It's no surprise as there's no heavy industry in Gran Canaria and any pollution from Las Palmas' traffic justs gets blown away by the Trade Winds.

One of Europe's biggest ports

It's easy to focus on the beach in Las Palmas, but the vast Puerto de la Luz on the eastern side of the city is one of Europe's top container and oil services ports. It's also a popular cruise ship destination and the city welcomes a million passengers every year. With the cruise ship industry expanding and oil services booming in the Atlantic, La Luz has a bright future.

The best climate in the world

Las Palmas city came out top of a Syracuse University study into the cities around the world with the most pleasant weather. The study measured everything from temperature to average rainfall, humidity levels and the prevalence of serious weather disturbances. Las Palmas was top of the list.

Four out of the five top digital nomad hangouts around the world are in Thailand, according to the definitive Nomad List site. The other is Las Palmas.

With lots of cool coworking spaces, surf schools, beachfront hostels and a laid-back Latino vibe, not to mention cheap beer and an epic carnival, Las Palmas is the perfect place to work and play.

The best place to learn to surf in Europe

With everything else Las Palmas has to offer, and sea you can actually swim and surf in all-year-round, Las Palmas is Europe's top spot for surf virgins. The south end of Las Canteras beach, called La Cicer, has waves almost every day and there are a dozen surf schools just waiting to get you on your feet.

We have 2405 guests and no members online