How The Spanish Conquistador Was Born In Gran Canaria in 1478 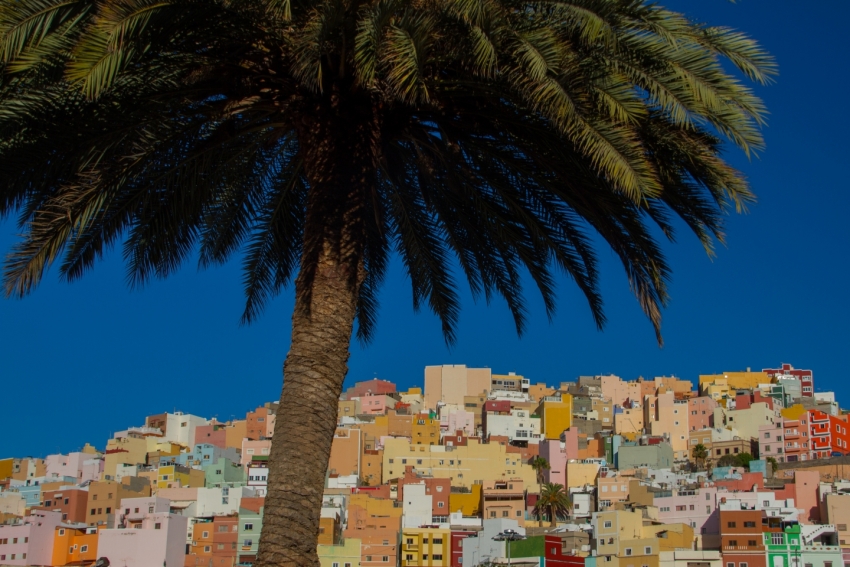 The Spanish Conquistador was born in the shade of Las Palmas' palm trees photosgrancanaria.com

Before Columbus 'discovered' America and decades before Hernán Cortez and Francisco Pizarro were even born, the Spanish Conquistador emerged from the blood and dust of the 1478 Battle For Las Palmas.

In 1478 the Spanish arrived in Gran Canaria and founded a settlement called the Real de Las Palmas. The name came from the three tall palm trees within the original wooden walls of what is now old town Vegueta.

The Spanish barely had time to throw up a wooden stockade and a few buildings before they had to fight to keep their foothold on the island.

Hundreds of aboriginal Canarii warriors gathered around the makeshift Spanish fort. They hadn’t come to talk.

Earlier encounters and treachery had taught the Canarii that they had to push these strange invaders back into the sea before they got established.

The final battle for Las Palmas lasted a whole day. Spanish soldiers, armed with steel, lead and war horses fought man-to-man against the skilled Canarii warriors with their stone and wood weapons.

While history makes clear that the outcome of the battle was inevitable, it didn’t seem so on the day. The Canarii pegged the Spanish back and stood a good chance of breaking their defences.

It took a personal cavalry charge by the garrison leader and eventual conqueror of Gran Canaria, a man called Juan Rejon, to break the Canarii’s resolve.

The Conquistador is born

The Canarii melted back into Gran Canaria’s easily defensible highlands and never fought the invaders on even ground again.

The Battle for Las Palmas taught the Spanish a lesson that they never forgot; that steel, guns and horses could defeat any enemy in the New World.

The Conquistador was born on the flat plain just outside Old Town Vegueta in 1478.

The Canarii fought on for five years and inflicted heavy casualties on the Spanish with ambushes and clever attacks before the last warriors, weakened by constant fighting and imported diseases, surrendered or killed themselves.

Their language, culture and religion was soon obliterated by the fervour of missionaries, plantation owners and slave traders.

By the time Columbus arrived in Las Palmas, the Canarii way of life was just a memory. The survivors were assimilated and their genes live on in the modern Canarian population. You see them every time you see a Canarian with red or blonde hair or pale eyes.

The Spanish, armed with the lessons learned at Las Palmas and carrying the same viruses that finished off the Canarii, were already looking across the water for new territory.

In 1492, just nine years after the Spanish defeated the Canarii, Columbus sailed the ocean blue.

We have 2698 guests and no members online