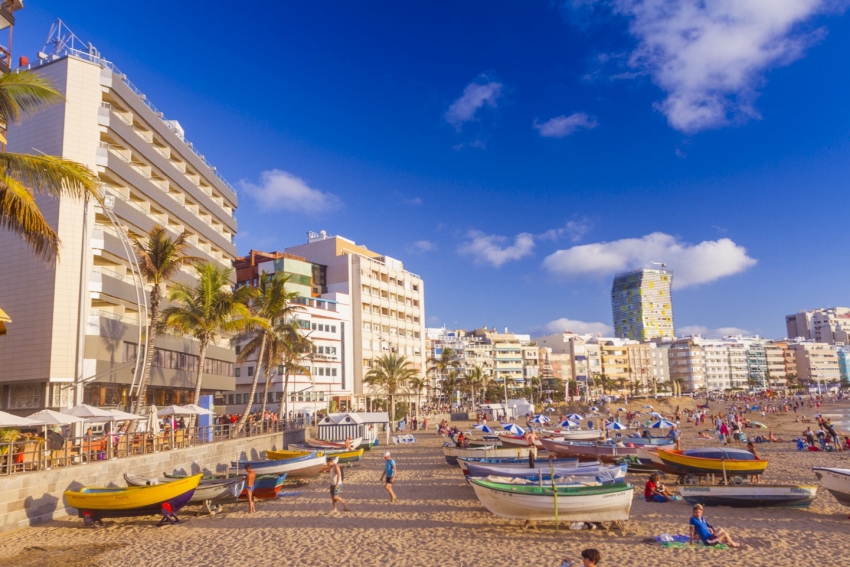 The travel world is catching up with what we've known for years: Las Palmas de Gran Canaria city is cool. And now, it's Number 1º on Tripadvisor's list of Europe's Top Emerging Destinations.

Las Palmas tops the authoritative list ahead of other funky spots like Tbilisi in Georgia, Malaga in Spain, and cities such as Bologna, Faro and Bucharest. It's also at Number 8º on Tripadvisor's global list of emerging destinations.

Already famous as the city with the best weather in the world, Europe's top city beach (at least), and as one of the world's top digital nomads hangouts, Las Palmas is now getting the recognition that it deserves as a cool city with a unique atmosphere with Canarian, Spanish and Latino influences.

Locals already know that Gran Canaria's capital city, and the largest city in the Canary Islands, has been buzzing for several years now thanks to new rooftop bars, a thriving coworking and digital nomad scene, boutique hotels, a busy cruise ship port, and the rise of surf tourism.

Combined with the exceptional Las Canteras city beach, plus four other urban beaches, and its authentic atmosphere, Las Palmas city is fast getting the recognition it deserves as a city break destination that is completely different from the island's resorts.

And people don't just come to Las Palmas for a few days on the beach. Las Palmas has a growing Spanish language learning industry, lots of surf schools and beachside hostels, a thriving tapas scene, and dozens of quality restaurants.

See our Las Palmas section for loads of useful information about the city.

11 Really Useful Bus Routes To And From Las Palmas City

The Top Ten Must Visit Las Palmas Museums And Galleries