Did The Beatles Spend A Day In Gran Canaria In 1963? 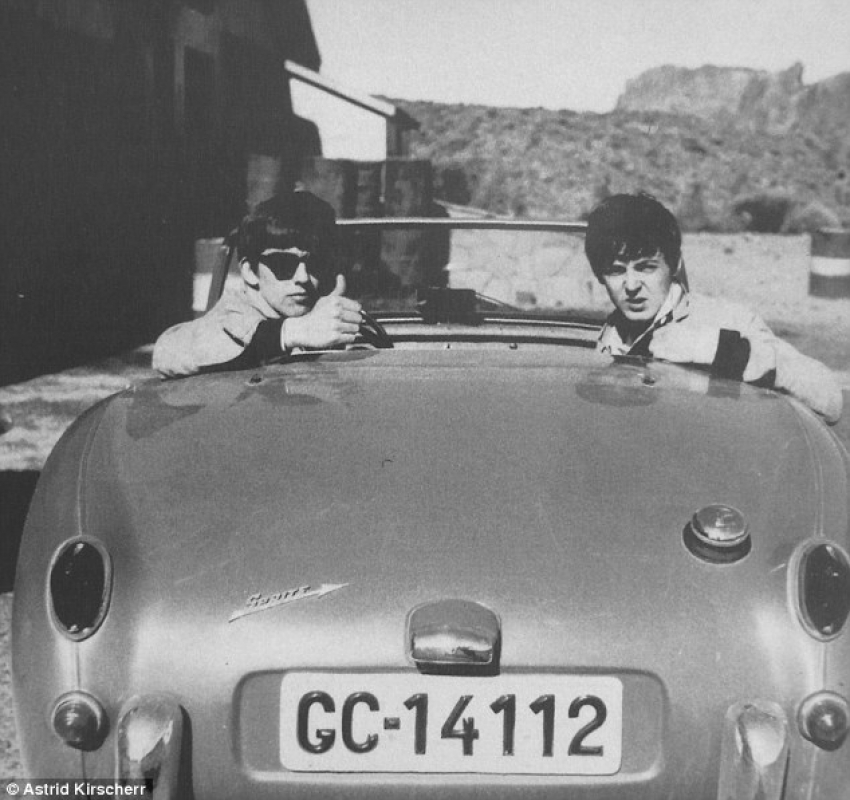 The Beatles drove around Tenerife in a Gran Canaria registered car, but did they visit the island itself? Astrid Kirchner

The Beatles' 10-day holiday in Tenerife is famous thanks to Astrid Kirchner's candid photographs, but we think they spent one day in Gran Canaria as well. Here's why...

In Peter Stone's book "A Cultural History of the Canary Islands" he describes meeting The Beatles in 1963 not in Tenerife but in Gran Canaria. Stone worked for the Hotel Parque in San Telmo, Las Palmas at the time and describes how The Beatles spent one night at the hotel in May 1963.

When we heard Stone's story we were surprised to say the least. How could the world's most famous band spend a day in Gran Canaria and nobody even notice? And why would they come to Gran Canaria for a day when they had spent their holiday in Tenerife.

But the possibility of a The Beatles visit (well, Ringo, George and Paul; John Lennon stayed in Torremolinos) to Gran Canaria was too much to ignore so we delved into the history of their trip.

A delay on the way

We know that they flew from Barcelona to Tenerife on April 29th, 1963, and found a reference in this press article about their trip.

"On April 29th, 1963, Ringo Star, George Harrison and Paul McCartney landed on the Islands (Tenerife) after a day of delay".

Where was that delay?

The most logical explanation is that their flight from Barcelona to Los Rodeos airport in North Tenerife was diverted to Gran Canaria due to low cloud.

Los Rodeos airport is notorious for poor visibility and back in the 1960s there was no South Tenerife airport.

Given Stone's eye-witness account, it seems likely that the three Beatles spent a night in Gran Canaria between Barcelona and Tenerife. They may only have whizzed up the road to the hotel, then left the next day, but hey, The Beatles were in Gran Canaria.

We'll do everything possible to check this out, starting with the Hotel Parque. Do they still have their records? Or can we access the island's immigration records for the end of April 1963?

Alex Says: Thanks to Gran Canaria blogger Matthew Hirtes for bringing Peter Stone's account of meeting The Beatles in Gran Canaria in 1963.

We have 2373 guests and no members online