The Truth About Temperatures in Gran Canaria 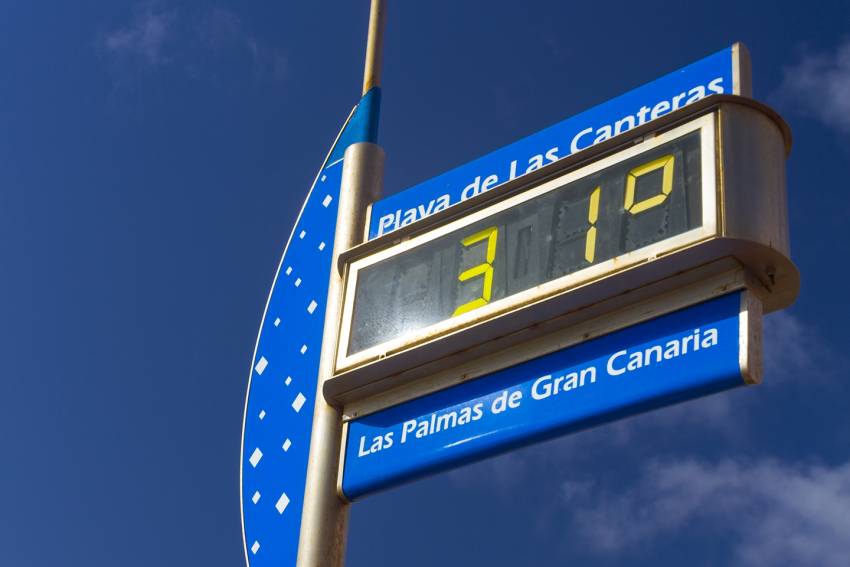 Temperatures in Gran Canaria are higher than the forecasts say

Weather forecasts and especially temperature predictions are often wrong in the Canary Islands and here's why.

The weather in Gran Canaria, and especially in the sunny south, is often much better than forecasting websites say. It's because they use average conditions and temperatures whereas most people really want to know what the weather's going to be like at beach o'clock.

Averaging means that if it's raining in north Gran Canaria but sunny in the south, you get a mixed weather symbol on the map. This happens even if there's ten hours of blazing sunshine at the beach.

Temperature forecasts work the same way: Average temperatures for the island blend the north and south and even the central highlands. In the winter, when it's cold at the top, this brings down the averages.

When you see temperature forecasts for Gran Canaria that say 21ºC, expect the temperature to be much higher during the day. South Gran Canaria reaches 30ºC on the beaches even in January and day highs are rarely below 25ºC. In the summer the standard day temperature is about 30ºC in the resorts.

When Melton Mowbray is actually hotter than Maspalomas for a whole day, we’ll eat our straw hats.

At least online forecasts are better than the old Spanish television forecasts. The weatheman stood in front of the islands for the whole thing time, then said, "and in the Canaries, sunny with a bit of cloud". Every day, without fail.

We have 424 guests and no members online