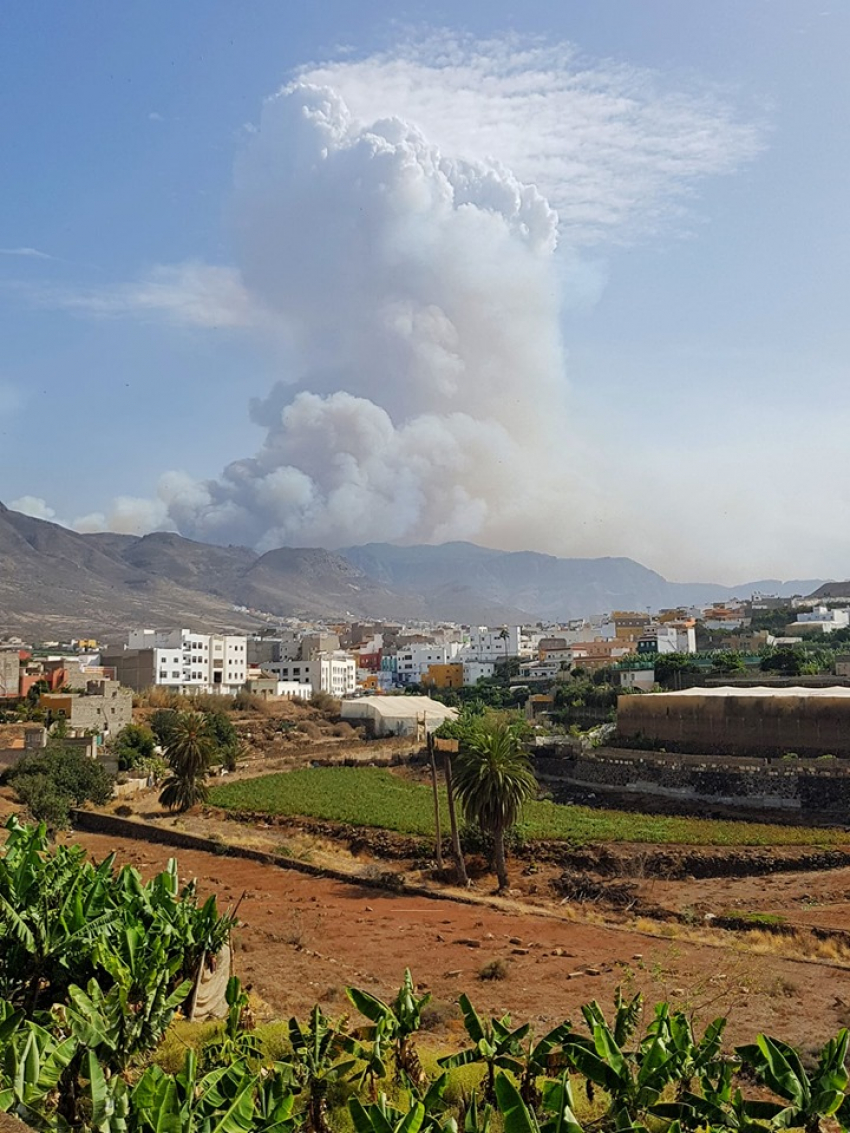 The Gran Canaria fire has burned out of control across the highlands all day and has now made its way into the vast and pristine Tamadaba pine forests of north west Gran Canaria.

At around 17.00 a huge smoke cloud formed over the north west of the island leaving everyone fearing the worst. Recent reports confirm that the fire has now made it into the vast Tamadaba pine forest (7500 hectares).

The Tamadaba Natural Park is one of Gran Canaria's largest and steepest forested areas and is a biodiversity hotspot known as the green lung of Gran Canaria. Fortunately, there are few people living in the area but there is little to be done once the fire enters the forests due to the rugged and isolated terrain.

A dark day all over Gran Canaria

Despite heroic efforts by over 600 firefighters the fire that started yesterday afternoon is still burning ferociosly across the Gran Canaria highlands. Uncontrolled fire fronts are threatening Cruz de Tejeda, Ariñez, Tejeda, Fontanales and rural settlements acroos the highlands. Huge areas of forest, farmland and scrubland has gone up in flames and seven Gran Canaria municipalities are now affected. The fire has even reached the upper parts of the Agaete Valley.

Over 4000 people have now evacuated their homes and at least 2000 hectares have burned. There are no reports of injuries or deaths, thanks largely to the protocols in place in Gran Canaria for wildfires.

There is no hope that the fires will be controlled before nightfall due to strong winds and high temperatures and tomorrow's forecast is little better with temperatures of up to 35ºC expected in the affected areas. The fire has now burned a larger area than last week's fires and that is before we factor in the Tamadaba forest.

A further three hydroplanes are now on their way from Spain but will not be operational until tomorrow morning after sunrise.

We have 284 guests and no members online