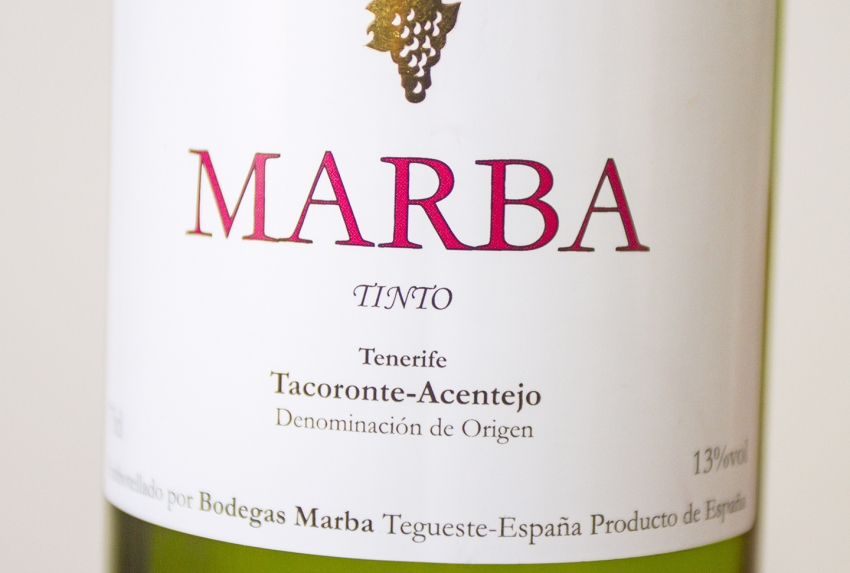 A spectacular young red from Tacoronte Acentejo in Tenerife that is one of the best value Canarian wines on the market.

The young Marba tinto, rather than the multiple-award winning tinto barrica that's spent time in oak, this is a must try wine for its superb fruitiness.

It's from the Tacoronte Acentejo DO, Tenerife's most acomplished red wine zone.

On the nose there's black fruit with a clear black mulberry note (somewhere between a blackberry and a raspberry). Also hints of earthiness and spice later on.

In the mouth more fruit, some tannin. A lovely, intense wine that is just so drinkable.

This wine is 80% listán negro (for the fruit) and 20% varietal (something like tintilla for extra body and the tannins).

We have 336 guests and no members online