GC 15: The North Route Up To The Cumbres 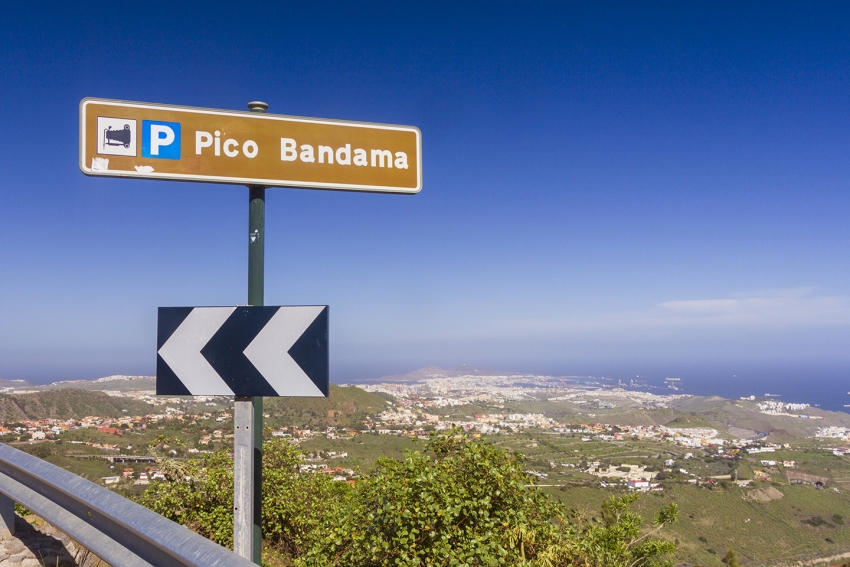 The Bandama Caldera and viewpoint on the road from Las Palmas to Cruz de Tejeda www.photosgrancanaria.com

The GC 15 is the main northern route up from Las Palmas to Cruz de Tejeda and the Gran Canaria highlands. It's windy but wide and runs through the green valleys and hillsides of northeast Gran Canaria and a series of interesting towns and villages.

This road starts at the end of the dual carriageway in Monte Lentiscal just inland from Las Palmas. It goes through Monte village, Santa Brigida and San Mateo before really hitting the highlands.

Highlights include the Bandama Caldera, Santa Brigida old town, San Mateo's market and cobbled streets, and changes in scenery and vegetation as you climb from sea level to over 1500 metres.

Cruz de Tejeda is the natural stopping point on the GC 15. It's just a small group of shops and rural hotels, but it's been the gateway between north and south Gran Canaria for centuries. Nowadays it's a benign tourist trap and the gateway to many of the island's best mountain walks. You'll notice the weather chance at Cruz de Tejeda. The northern highlands are often cool and cloudy but once you get over the ridge the south side is much drier and sunnier.

After Cruz de Tejeda the GC 15 winds downhill at a brake-burning gradient to the roundabout just before Tejeda; the prettiest hill town in the highlands. From the roundabout take the GC 60 to Tejeda or the GC 210 to Artenara, Gran Canaria's highest village.

We have 531 guests and no members online