The Reforestation Of Gran Canaria: Righting A Historical Wrong 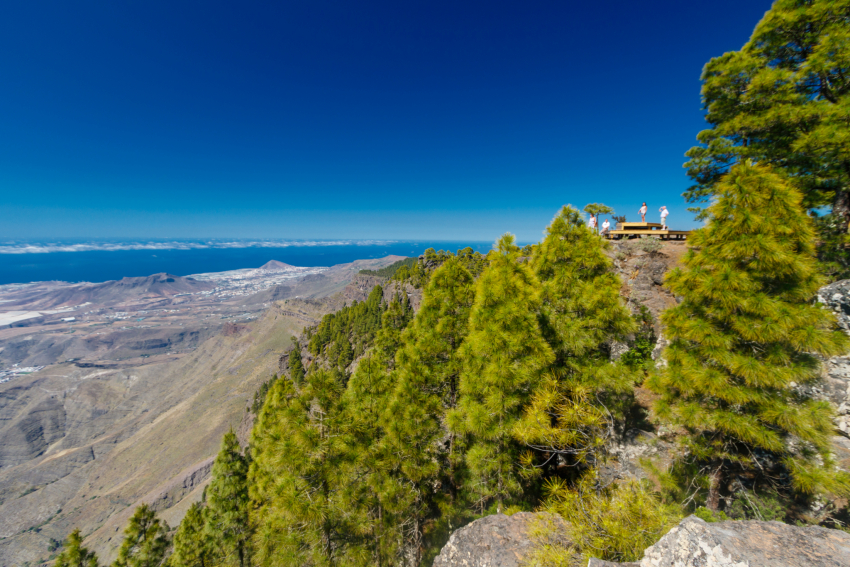 Gran Canaria's recent wildfires have highlighted the importance of the island's forests. Here's why they are so important and what is being done to replant and maintain them. 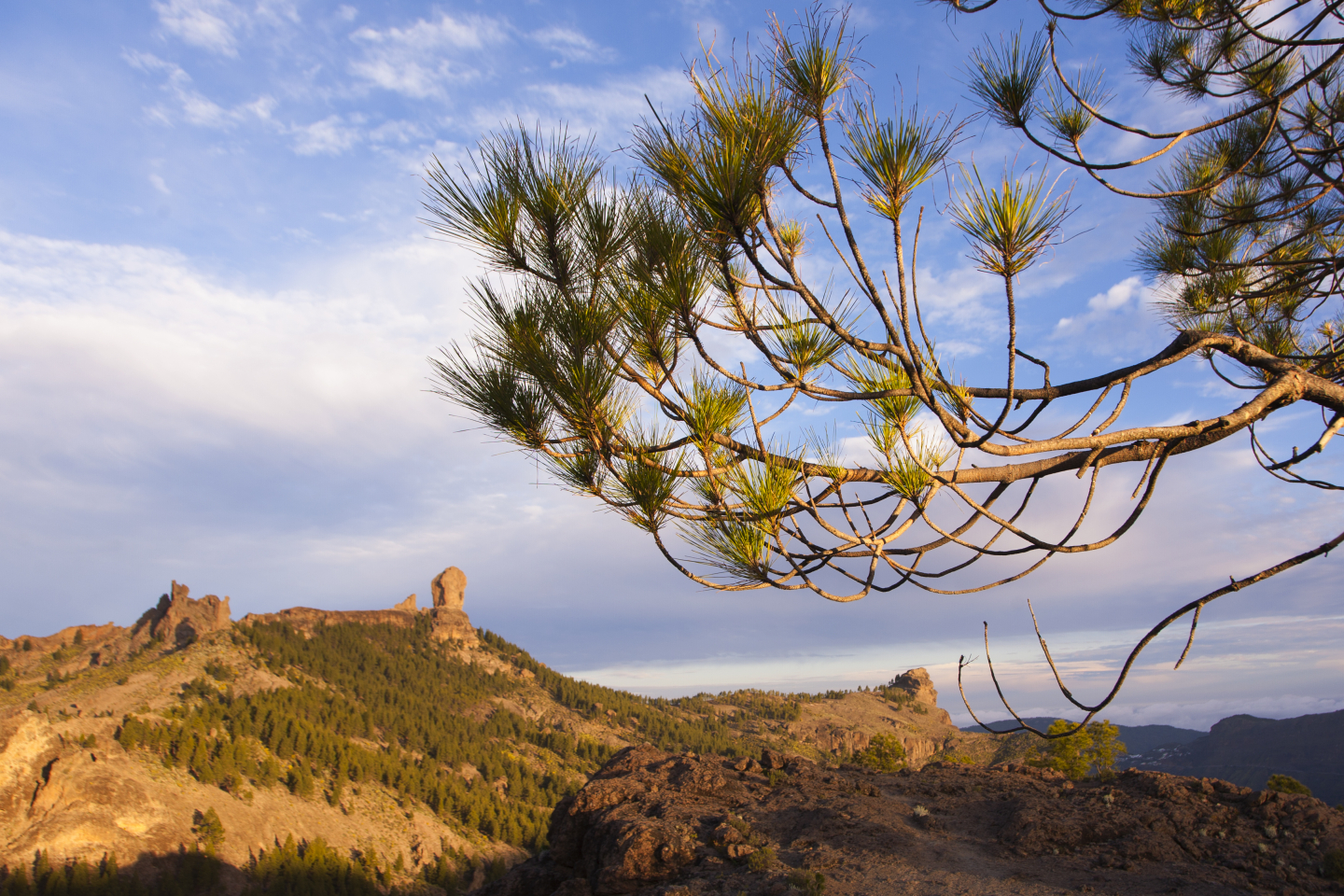 Before people arrived in Gran Canaria most of the island was covered in over 100,000 hectares of forest. Only the coastal strip and the highest point of the island were free of trees. The island's original Canarii inhabitants did clear some forest for agriculture but it wasn't until the Spanish arrived that wholesale deforestation started.

Lowland forests were cleared for farmland, the pine forests were turned into charcoal for fuel and vast areas of forest were chopped down to fuel the island's sugar cane mills.

Making sugar was a huge industry in Gran Canaria for hundreds of years. It needed a huge supply of wood to boil down sugar cane juice until it because solid sugar. Almost 100,000 hectares of natural vegetation  (one hectare is equivalent to a football field) was chopped down to fuel the mills. So much forest was cut down by the 1600s that Gran Canaria had to import wood from Tenerife to keep the sugar industry going. 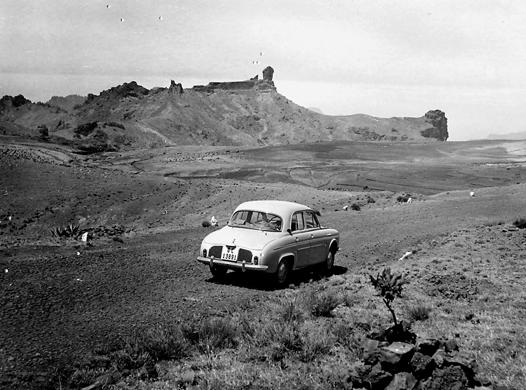 By 1823 so much had gone that the highlands of Gran Canaria were bare and a plan to cut down the last forests, the Doramas forest around Moya and Monte Lentiscal around Santa Brigida, triggered a popular revolt. Canarian peasants from all over the island took up arms to defend their last green areas. Unfortunately, the revolt was quashed by government militias and the ringleaders executed.

Most of the island's last forests were chopped down and by the 1950s only 6000 hectares remained, mostly in the far west and in the steepest valleys in other parts of the island. The area around Roque Nublo was completely bare.

Reforestation begins but not always the right way 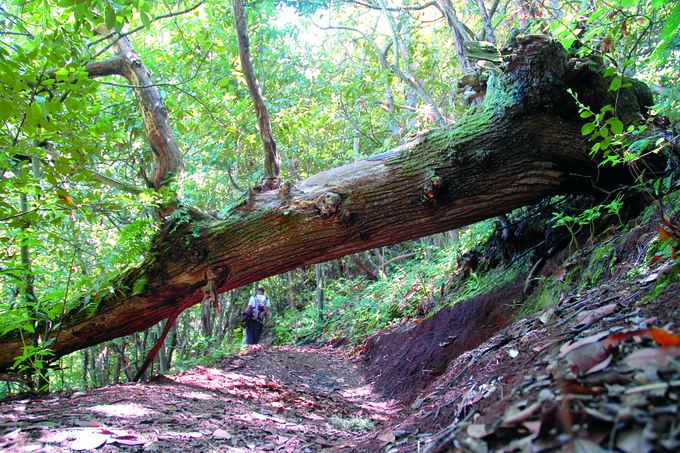 Reforestation started in the 1950s although large areas were planted with eucalyptus and California pine trees. These non-native were chosen because of the value of their wood but are vulnerable to fires and don't provide a suitable environment for native species.

This changed thanks to growing awareness about the value of Gran Canaria's natural ecosystems and public support for regrowing the island's natural areas. In recent years, reforestaion has acelerated and moved into areas that aren't pine forest.

Today, up to 20,000 hectares of Gran Canaria is forested, mostly with native pines. At just 20% of the original tree cover, there is a long way to go to restore Gran Canaria's forests to their former glory. 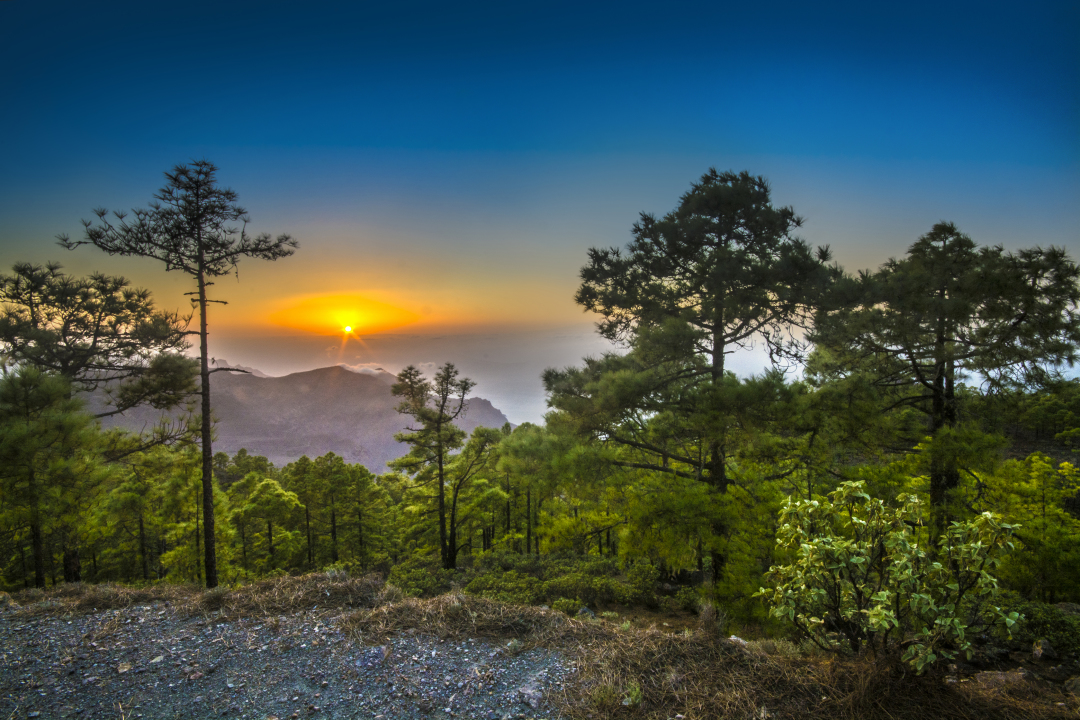 Most Gran Canaria forest is up in the highlands and is mainly Canary pine trees. This remarkable native tree is fire-resistant (it burns but doesn't die in all but the hottest fires) and even makes its own rain from the mist. Pine forests are the native habitat for Europe's rarest bird; the Gran Canaria blue chaffinch (only about 300 survive in the wild). Pine forests grow all around the top of Gran Canaria and a long way down the southern slopes. At Tamadaba, the pine forest is unique because it has a humid climate unique to the area.

Alex Says: The last time the uninhabited Tamadaba forest burned was back in the 19th Century.

Further down the laurel forest takes over with tall broadleaf trees that don't lose their leaves in winter. The laurel forests are home to rare native species such as the pink laurel pigeons. Less than 2% of the island's original laurel forests remain, in areas like Los Tilos de Moya and Osorio. It once grew in a band around the north of Gran Canaria between Teror and Agaete.

Below the laurel forests, tree heath and wax myrtle forests (called fayal-brezal) grew in a dense band. These trees are smaller and denser than laurels and thrive in wetter areas around towns like Moya and Firgas where clouds blow off the sea. The only remaining natural patches of fayal brezal is between Moya and Galdar. 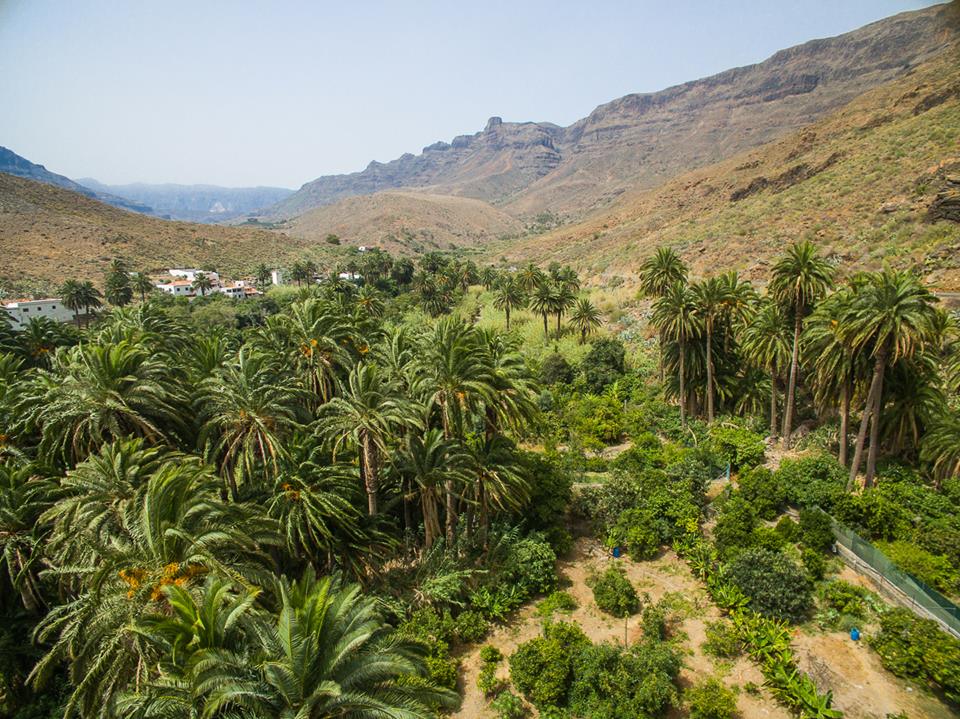 The lowest forests in Gran Canaria are made up of thermophile species such as native olives, dragon trees and mastic and pistacia trees. This is the natural vegetation around places like Santa Brigida, the Jardín Canario, Bandama and the upper parts of the Agaete Valley. Very little of this forest remains in a natural state as it was the easiest to reach and cut down.

The fifth type of forest is palm forest which tends to grow at the bottom of valleys in places like Fataga, Santa Lucia and Temisas. There was once a huge palm forest just south of Las Palmas in the area now called Jinamar and the capital city is named after the palm groves that once grew in Vegueta.

Gran Canaria forests and the risk of fires 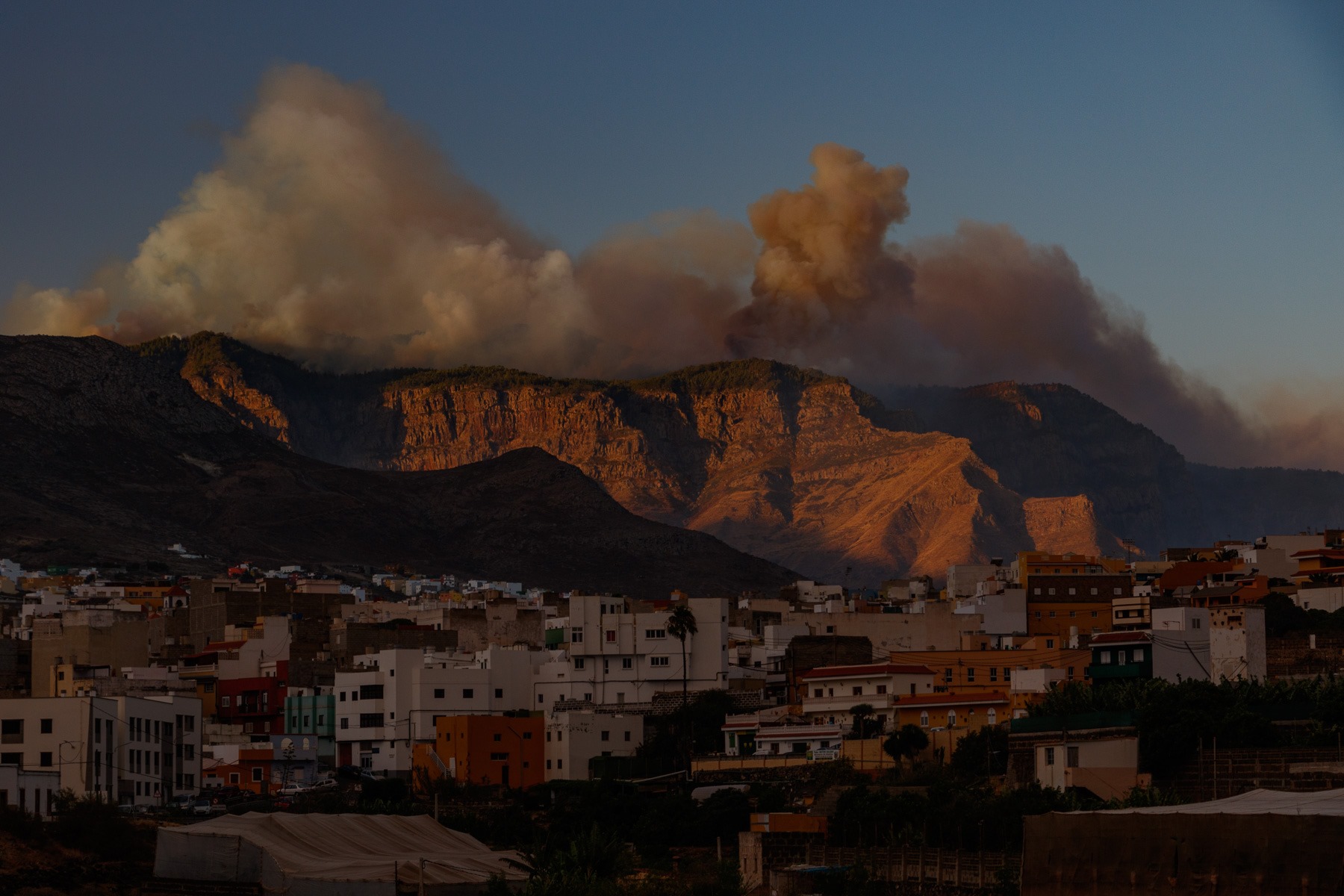 Fire is a natural event in Gran Canaria's forests and native trees species are fire-resistant. Pine and palm trees regrow their leaves after they are burned and Laurel and fayal brezal forests are fire resis¡tant (except during the hottest and driest periods of summer).

However, natural fires are extremely rare in Gran Canaria and almost all forest fires on the island are caused by people; either by accident or deliberately. A tragic number of recent fires were started by arsonists on the hottest days of the year.

A few twisted people have caused a huge amount of damage to the island's environment!

The decline of Gran Canaria's rural way of life 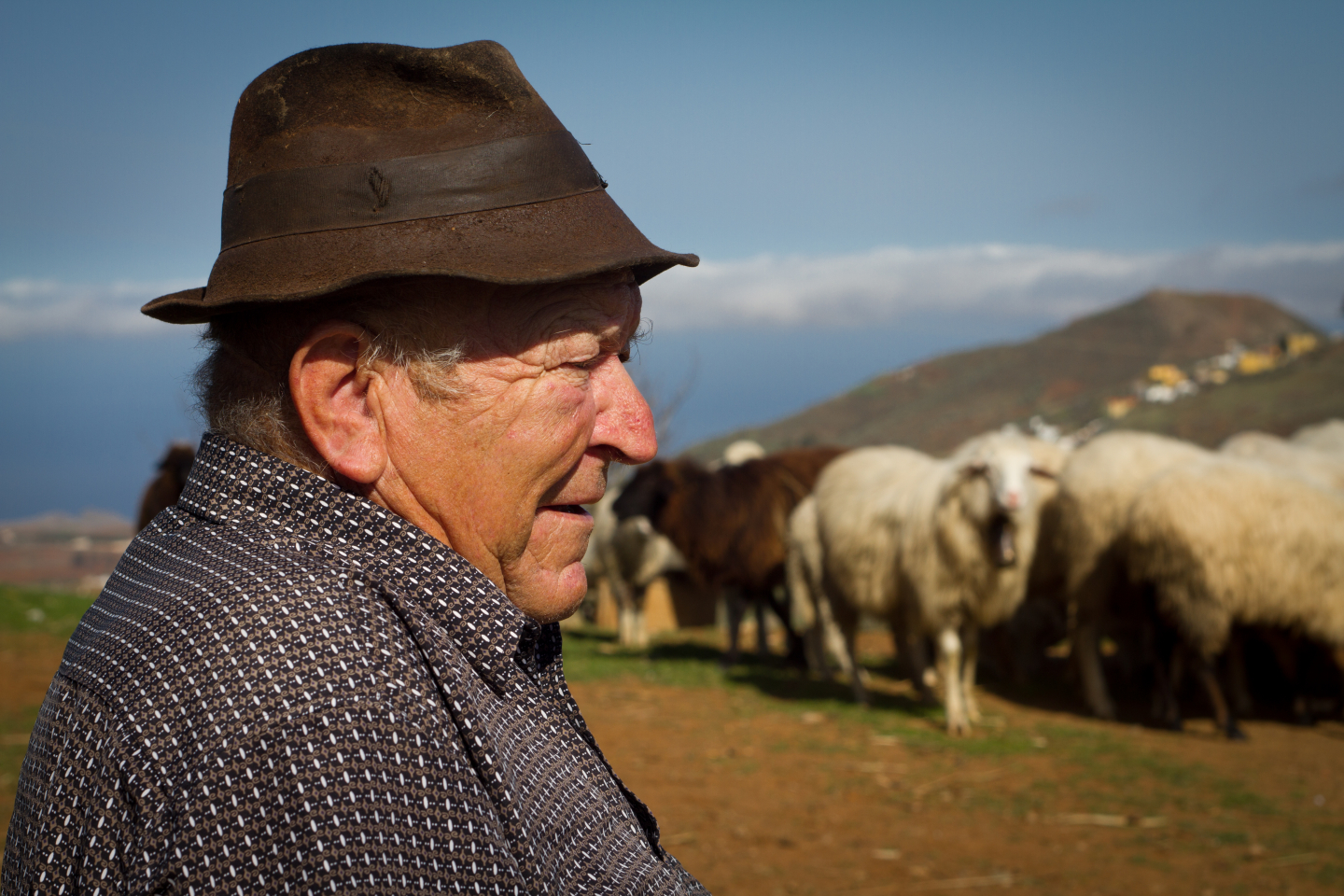 The decline of the rural economy isn't a problem specific to Gran Canaria. The island's Emergency Manager Federico Grillo, the man responsible for coordinating much of the heroic fight against the 2019 fire, said as much in a recent press conference; he pointed out that it is a first world problem that is happening all over the western world.

The problem is more severe in Gran Canaria because its rugged terrain and hot, dry summers make it particularly vulnerable to fires. 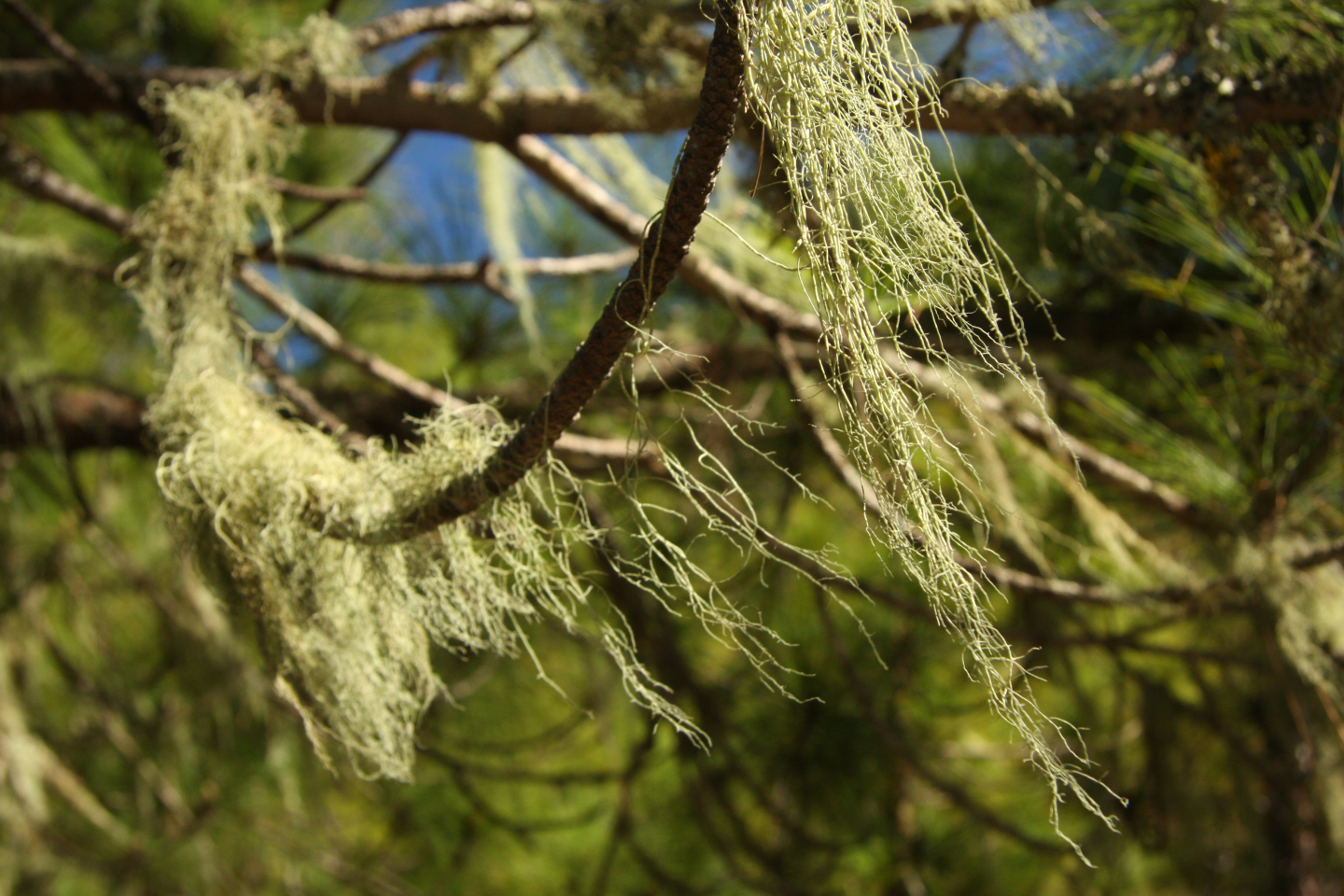 A scheme to pay Gran Canaria's rural people to manage the forest had major teething problems due to funding but is likely to start this year. Locals will be paid to collect pine needles and cones (which explode during fires and spread sparks) and to move their sheep and goats in to overgrown areas.

Alex Says: You may think that the solution to preventing forest fires is to stop replanting the forests but this isn't true. Large areas of forest generate their own microclimate by trapping water from mists and their soils also hold humidity that makes large fires less likely. Forests also make the island wetter and help to protect it from climate change, drought and soil erosion.

Preventing forest fires in Gran Canaria: What can be done?

There is a local saying that summer fires are put out in the winter by managing the forests and clearing dead wood and excess scrub and pine needles.

This job now falls largely on the island's forestry service and on voluntary actions by charities and government unemployment programs. However, the island is huge and many parts are remote and hard to access.

In 2007 Gran Canaria suffered its first huge forest fire for decades (started by a fire watchman worried that his job was a risk as there hadn't been a fire for years). It burned over 20,000 hectares of forest and countryside. 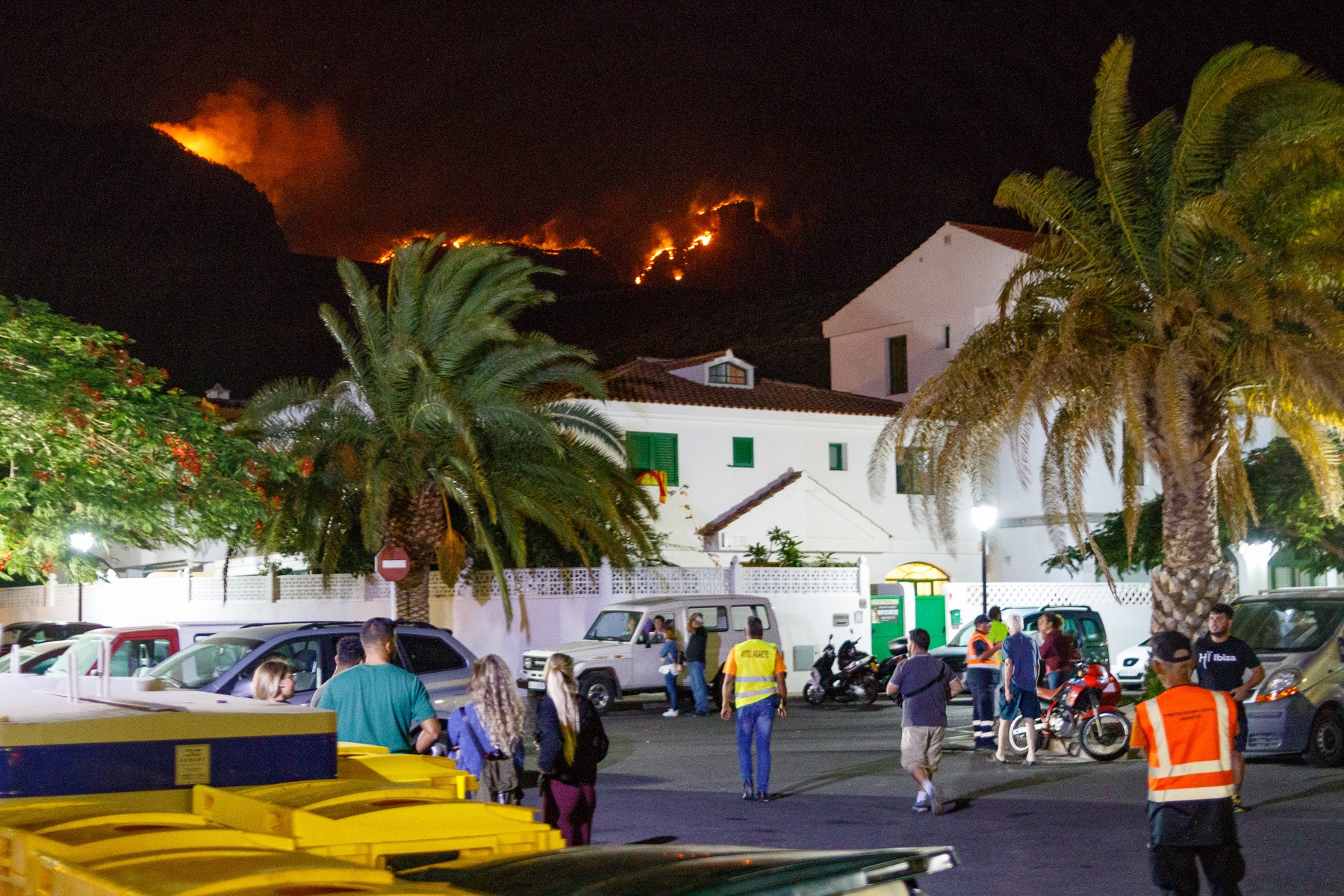 In response, the island's forestry service cut fire breaks through large areas of forest and increased the island's firefighting infrastructure; training rapid response fire units and investing in fire-fighting helicopters. People living in the countryside are now encouraged to cut firebreaks around their houses and the areas around hill towns are also kept clear of dense vegetation. This likely saved a lot of houses and even towns from fire damage during the 2019 fires.

The lessons from the 2019 fires are not yet clear. It is likely that volunteer teams will be used to keep areas close to roads (excellent firebreaks in their own right) clear of undergrowth and pine needles.

Initial reports suggest that the recent fire started to spread through non-native eucalyptus and California pine plantations and if this is true it may be time to consider replacing them with native species better suited to the terrain.

How to do your bit to protect Gran Canaria's forests 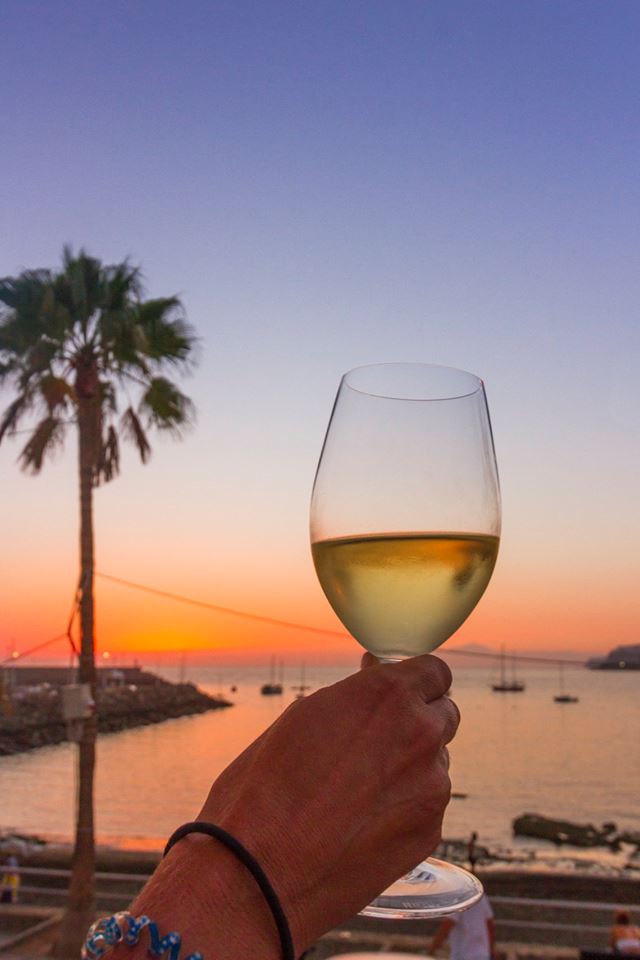 In the aftermath of the 2019 fires there is a huge groundswell of public feeling both among locals and visitors. Everyone wants to do something to help and many people have. From opening up their homes to evacuees and sheltering lost and displaced animals, to collecting supplies and raising money for those affected by the fire.

The worry is that once the press moves on, people will forget that managing Gran Canaria's forests is a long term project that requires a lot of effort and manpower.

Tha main way visitors to Gran Canaria can help the island's countryside is to support the rural economy and keep its traditional management and forestry traditions alive. Minor things like buying local produce such as cheese, honey and wine keep local businesses thriving.

Buying local produce such as fruit and vegetables also contributes to keeping the contryside alive, as does eating in Gran Canaria restaurants that make a point of using local ingredients wherever possible.

Even if you stay in a hotel, you have plenty of consumer power as you can ask for local products. 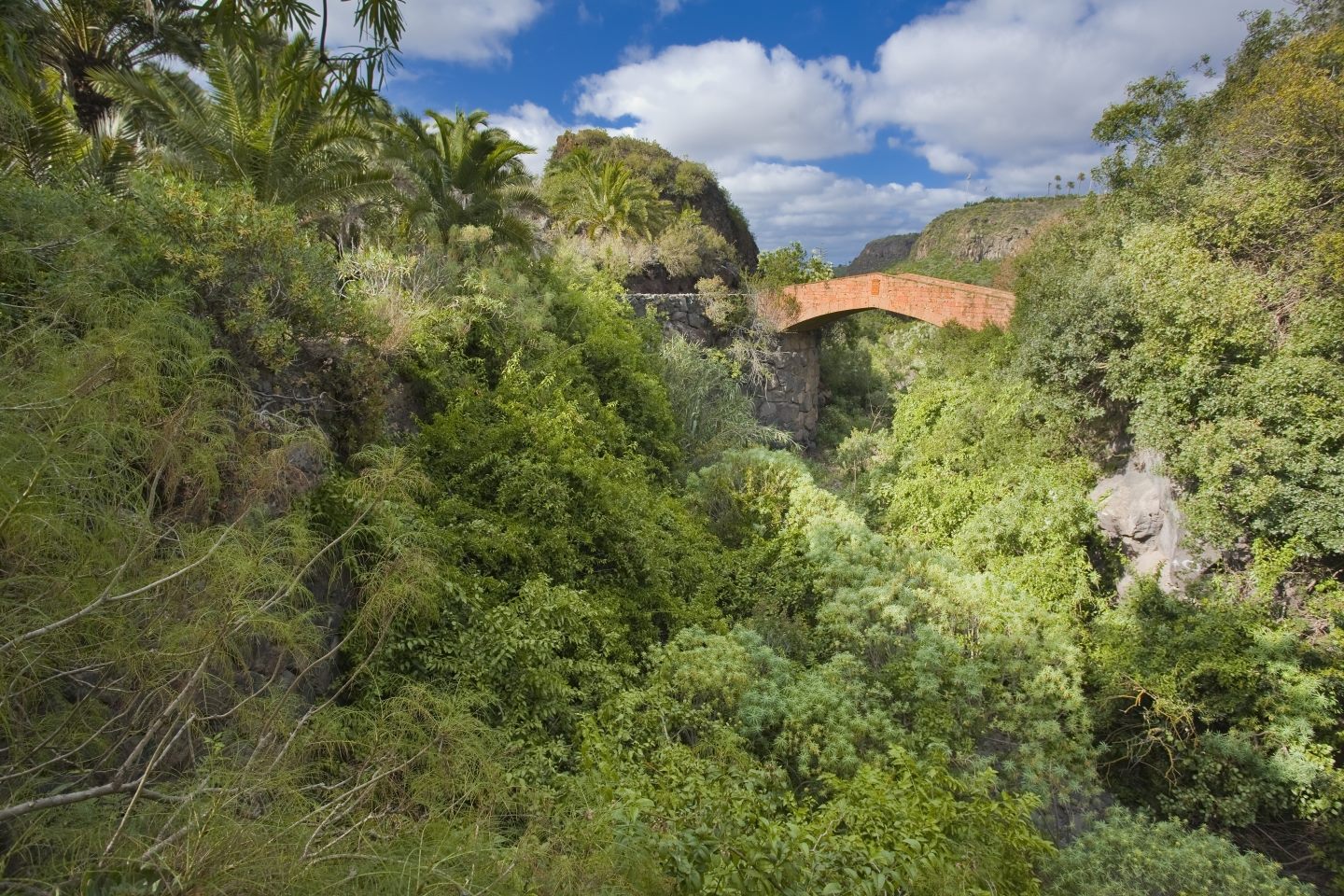 Another way to support rural Gran Canaria is to get out there and enjoy it using local guides that make a point of supporting the rural way of life. Coach trips are a convenient way of seeing Gran Canaria in a day but they don't contribute much to the rural economy.

If you want to contribute to the long-term future of the island , one excellent option is to donate to the Fundación Foresta; a Gran Canaria charity dedicated to reforestation, forestry management and education. It's aim to replant the island's forests, make sure they are maintained and educate local children about the value of the island's natural areas.

Reforestation is a complex job in Gran Canaria because the right trees have to planted in each zone and then watered until they are established (at least two years). Then the forests have to be managed and kept clear of excess undergrowth and dead wood to keep them safe from fires. It's a long-term job that requires a fair amount of money and manpower.

We have 267 guests and no members online