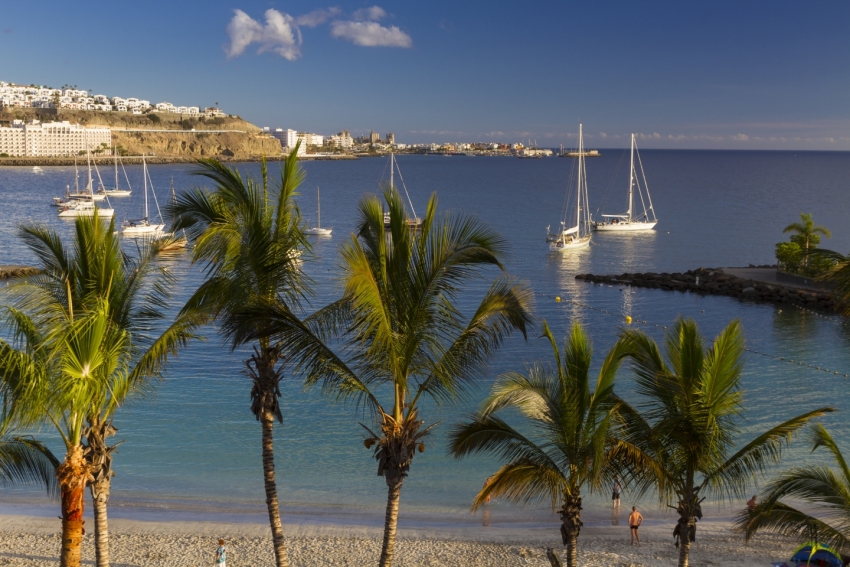 How to spot a dodgy Gran Canaria timeshare seller

Timeshare touts on the streets of Gran Canaria's resorts have one job: To get the right sort of people to the resort where their salespeople can try and sell them timeshare.

It's their job and they are good at it.

Most of them stick to the rules, and you have to remember that even though they can be annoying, many people who buy timeshare in Gran Canaria are happy with the results.

However, timeshare touts do use tried & tested tricks to get your attention and get you into a taxi.

These are the most common....

If you're interested in timeshare, feel free to go along to the resort of your choice and find out how it works. Read this guide to your rights and what to expect first.

But don't go just because you've won something. All you've won is the right to sit through a hard-sell session at a timeshare resort.

How to spot a dodgy timeshare reseller in Gran Canaria

This is easy because all timeshare resellers are dodgy: No Exceptions.

Resellers know that you can't resell a timeshare for anything other than a fraction of the money you paid for it.

We're sorry if you bought a timeshare on the promise that it would hold its value, but the truth is that they don't.

So, if you're promised a guaranteed sale of your timeshare for anything other than a fraction of what you paid for it, you're talking to a scammer. All they want to do is get money out of you.

If you're asked for any of these things, you're being scammed... No Exceptions.

Before you sign anything with a timeshare reseller (or just walk away from your timeshare), please read this article on Gran Canaria timeshare.

This is easy too.

Because almost all timeshare lawyers, British, Spanish or Canarian, that promise to win your case are making it up.

How do we know?

But so far, nobody else has managed it.

Here are the red flags to watch out for if you are contacted by a lawyer claiming that they can beat timeshare.

Getting your Gran Canaria timeshare money back

If reselling is impossible, how do you recover your timeshare money?

Well, there is one way, but it only works if your timeshare contract is illegal.

Luckily for timeshare owners, the majority of timeshare contracts signed in Gran Canaria between 1999 and 2010 are illegal.

See this FAQ on Spanish timeshare law to find out if your contract is dodgy.

In fact, they are so illegal that the Spanish Supreme Court has ruled them void.

This means that the timeshare company has to rip them up and give back all the money they took.

Of course, timeshare companies aren't exactly falling over themselves to give money back. Quite the opposite; they are fighting tooth and nail to hold on to it.

So you need to go to court and prove that your contract is legally void.

And you need a legal firm that actually knows what it's doing and has won cases against timeshare companies in Gran Canaria.

As we said, there is only one.

The Arguineguín-based CLA now has over 25 Spanish Supreme Court rulings in its favour against timeshare companies in Gran Canaria and Tenerife.

It's won dozens of cases and recovered its client's money with each victory.

And it's got the judgements on the walls of its offices.

It's your best bet if you have an illegal timeshare contract and want to it annuled and your money returned.

Here's what you need to know about the process of going to court and getting your contract voided.

Why do you have to pay legal fees

No-win No-fee doesn't exist in Spain so everyone has to pay for their court expenses upfront.

However, once your case goes to court and you win, the timeshare company has to return your court costs as well as your money.

What if you don't win?

Spanish law is very clear about what makes a timeshare contract illegal and void. If your contract is illegal, you will win your case. Supreme Court judgements are binding and every other court in Spain has to follow what they say.

It seems like a lot, but bear in mind that it took the CLA almost 10 years to get its first cases through the Spanish legal system and all the way to the Supreme Court.

A long and incredibly expensive process that was delayed at every stage by timeshare's army of lawyers.

And now that the CLA has won, it's recovering the money that it spent.

The CLA is years ahead of any other law firm in the battle against illegal timeshare contracts and is the only firm winning cases.

It can afford to charge a fee because it knows that it is the only option for people who want to get out of their timeshare contract and get their money back.

To contact the CLA and find out if you have a case against your timeshare company, just fill in this form. It goes straight to a Canarian Legal Alliance lawyer and they will contact you within 24 hours. Then you can decide if you want to go ahead with a court case.