Tip Of The Day: You Can Get Your Gran Canaria Timeshare Money Back 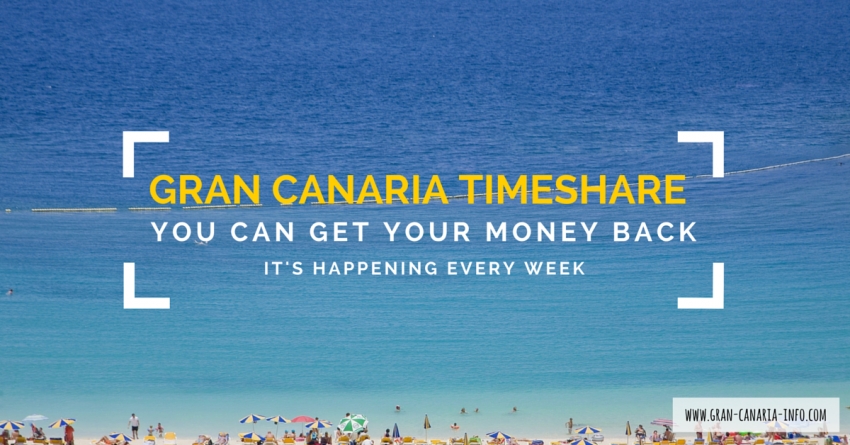 Gran Canaria timeshare companies are returning money to clients. They have no choice. www.photosgrancanaria.com

Gran Canaria lawyers spent seven years fighting for timeshare owner's rights and have finally won. Now, we can finally say that there is a clear way to get an illegal timeshare contract ripped up and your money back.

In 2015, the Spanish Supreme Court ruled that a whole swathe of Spanish timeshare contracts signed since January 4, 1999, are illegal and therefore void. This means that owners can get their contracts ripped up and claim back all their money.

And that Gran Canaria's timeshare companies are now returning their clients' money when the courts order them to.

The Spanish Supreme Court ruled that floating weeks, contracts signed in perpetuity and any contract where money was taken within 14 days of signing (within three months in any cases) are illegal and must be declared void in court.

Spain's lower courts, such as the Las Palmas High Court, are now applying the Supreme Court rulings every time they get a timeshare case.

For the whole story of how one Gran Canaria legal firm took on the timeshare giants and won, read this article.

Or just get straight in touch with the lawyers that are winning all their cases and actually getting their clients' money back.

Contact the Canary Legal Alliance by filling in this form. They'll be in touch straight within 24 hours. You'll know within a day if you can go to court and get your money back.