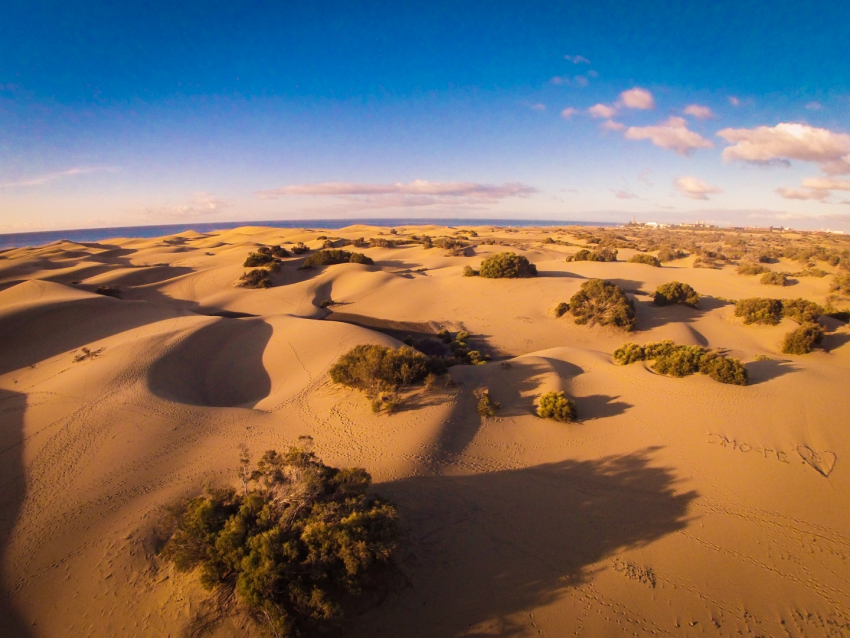 17.04.2017: Gran Canaria had a hot and sunny Easter with temperatures peaking at over 30ºC on Sunday and today. It looks like summer is well on the way.

Th maximum temperature recorded in Gran Canaria over the weekend was 33.6ºC in Mogán while Puerto Rico reached 33.5ºC. Today, Monday, will probably be hotter.

That said, things will cool down as of tomorrow as the wind swings to the north and brings cooler air from the North Atlantic. The north of the island will get some cloud but we expect most of the island to be hot and sunny all week.

The chances of a late soaking are fading by the day and it looks like we'll be getting classic summer weather from now on.

That means cool temperatures at low altitude in north Gran Canaria and hot days almost everywhere else. If you haven't been up to see the flowers at the top of the island, go ASAP as they will fade fast.

We'll keep updating the weather forecast if the summer pattern is disrupted but it will probably be rather boring between now and October (at least from a weatherman's perspective).