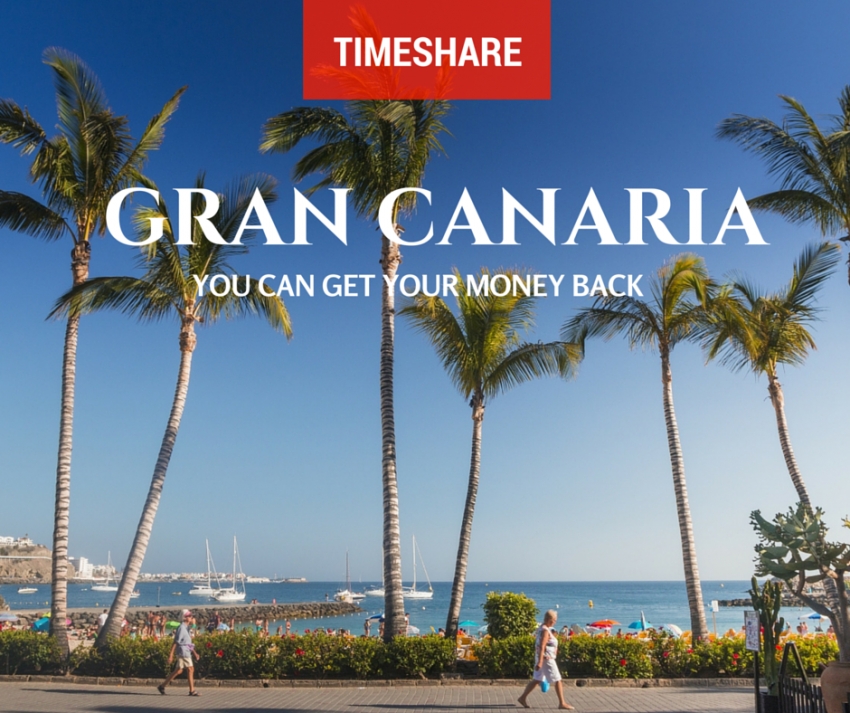 Timeshare owners are finally getting their money back www.photosgrancanaria.com

While the initial test case that took Gran Canaria timeshare all the way to the Supreme Court was against Anfi Resorts, several other timeshare companies have lost cases in 2016.

Here's an up-to-date list of the timeshare companies that have had contracts annulled this year.

As the largest timeshare operation in Gran Canaria, Anfi del Mar has lost the most cases in the Las Palmas High Court and the Spanish Supreme Court. What's more, it is now losing cases in the local courts in San Bartolomé de Tirajana.

Anfi timeshare contracts have been declared void for several reasons. Amongst them are the use of in-perpetuity contracts, selling floating weeks, and taking deposits within the legally mandated cooling off period.

The Canarian High Court has ruled, acting on the Supreme Court rulings, has ruled Palm Oasis / Tasolan timeshare contracts that include an "in perpetuity clause" null and void.

This is because all timeshare contracts signed in Spain since January 4, 1999, must last between three and 50 years.

Palm Oasis / Tasolan timeshare owners have also had contracts annulled because the company took deposits during the legally mandated cooling-off period. Clients that paid deposits within the cooling-off period are entitled to their money back, plus double their deposit.

The Las Palmas High Court has backed an earlier ruling by the San Bartolomé de Tirajana court and ruled a timeshare contract signed by clients of Puerto Calma null and void.

In Tenerife, the Arona High Court has declared a Regency Resort timeshare contract null and void because deposit money was taken during the cooling-off period.

Arona courts have also ruled a Silverpoint / Resort Properties contracts null and void because the company took deposits during the cooling off period. As the contract was annulled, the owners get their money back in full.

Getting your timeshare money back

All of these court cases were won by the same Gran Canaria-based legal firm, the Canarian Legal Alliance. It was the first law firm to get timeshare test cases in front of the Spanish Supreme Court, the first to get Supreme Court rulings against timeshare companies, and the first to actually get its clients money returned.

Now that the law is clear, Canarian courts are getting faster at voiding illegal timeshare contracts and forcing the timeshare firms to pay up. The only way their lawyers can wriggle out of cases is if a lawyer makes a mistake.

This is why we recommend that you talk to the Canarian Legal Alliance. They have led the way and won the cases and are the Spain's leading timeshare law experts. If you want to get your illegal timeshare contract annulled and your money back, send them your details with this form and the CLA will contact you right away.

Is my timeshare contract illegal

If you signed your timeshare contract after January 4, 1999, and it contains any of the following, then it is illegal and you can get it annulled and your money returned. The date is when new Spanish timeshare laws cae into force. Many timeshare operations simply ignored them.

If your timeshare contract is indefinite, it is illegal and can be voided.

The whole concept of a floating week is illegal according to Spanish Law. If your timeshare contract doesn't have a defined date for your week or weeks, it is illegal and the courts will void it.

Timeshare companies can't take a deposit at the time of signing a contract. They have to wait for either two weeks or three months before asking for any money. This cooling off period was introduced in 1998 to stop timeshare vendors from using high-pressure sales tactics to bully people into signing.

Almost all timeshare contracts signed in Gran Canaria have a three-month cooling off period.

Timeshare companies tried to get around the ban on deposits by getting buyers to make a payment to a trustee company that held the money for three months. The Spanish Supreme Court has ruled that this is the same as taking a deposit and is, therefore, illegal.

Have you got a case? Find out in just 24-hours from the only legal firm that is winning cases and getting timeshare money back.