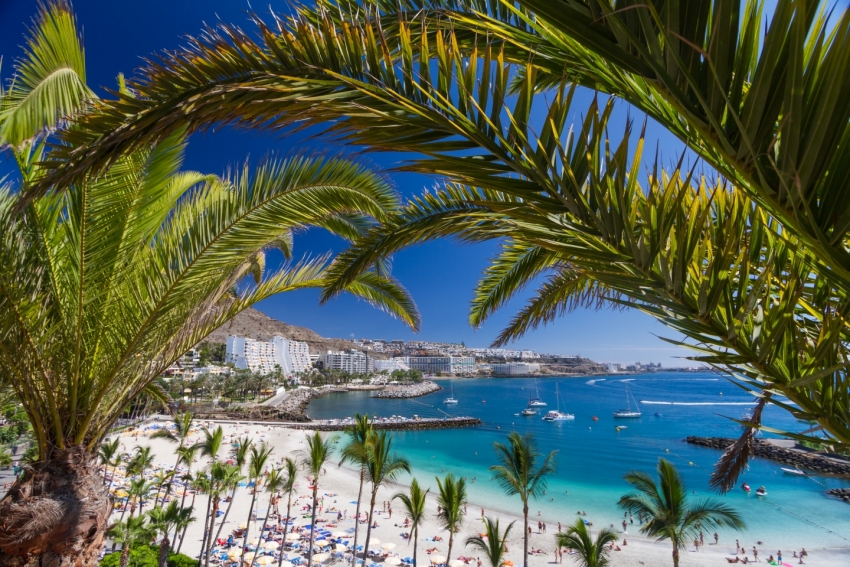 The future of Gran Canaria timeshare in 2017 and beyond www.photosgrancanaria.com

2016 saw major developments in the Gran Canaria timeshare scene, including new owners at Anfi del Mar, scandal at Tauro beach, and a slew of Supreme Court judgements against timeshare companies.

As you probably already know, the biggest timeshare company in Gran Canaria has a new owner. Local hotel firm Lopesan now owns 50% of Anfi del Mar resort having acquired the Lyng family's stake. The other 50% is still owned by another local company called Santana Cazorla.

Local observers believe that it is only a matter of time before Lopesan take complete control of Anfi from the Cazorlas.

What does this mean for Anfi owners?

Lopesan, which own hotels such as the Costa Meloneras, Baobab and Villa del Conde in Meloneras, is a big player in the Gran Canaria tourism market and hs a reputation for quality.

It has already stated that it doesn't plan major changes in the way Anfi del Mar is run and that owners won't notice any difference. Lopesan has also stated that it committed to the timeshare model that is Anfi's main business and that it plans to continue with the Tauro development project in its current form.

The trouble at Tauro

Anfi del Mar owns the Anfi Tauro concession and was responsible for the development of the brand new sandy beach at Tauro.

As you may have heard, things haven't exactly gone smoothly with the new beach. It flooded during high tides within a month of the sand arriving, and there are serious legal issues around the way Anfi got its permissions to develop the beachfront.

So serious in fact, that the head of Spain's Costas department in the Canary Islands has now been suspended from his job and is being investigated for malpractice. Nobody is sure what the implications of this are for the future development of the Tauro valley.

Nobody is sure what the implications of this are for the future development of the Tauro valley. What we do know is that Anfi, and its new part owners Lopesan, will need new permits before they develop the area behind the new beach and start to build new hotels.

The Spanish Supreme Court continued to rule on Spanish timeshare law in 2016 and has so far backed the 1998 timeshare law 100%. It has repeatedly ruled that timeshare contracts that contain the following are so illegal that they are void.

A void contract means that the timeshare company must return all the money it took when the contract was signed (and double any deposit taken during the cooling off period).

The Spanish Supreme Court has also ruled in 2016 that contracts where the client bought a percentage of a property, say 1/52, are still timeshare and that the 1998 law applies. This ruling allows a new group of disgruntled Gran Canaria timeshare owners to go to court and get their money back.

Get your Gran Canaria timeshare money back in 2017

2017 is set to be a record year for court judgements against illegal timeshare contracts. There are thousands of cases in court and timeshare companies have run out of appeals.

The law is now crystal clear and if you get a good lawyer, you stand every chance of winning your case and getting your money returned in 2017.

How to get your timeshare money returned

If you think your Gran Canaria timeshare contract is illegal, you need to get a lawyer, go to court, and get it annulled by a judge. That's just how Spanish law works.

How much does a court case cost

No-win no-fee isn't allowed in Spain so you do have to pay for the costs of going to court. However, the timeshare company has to pay back these costs when you win your case.

As every case is different, the exact costs vary so you need to make sure that the fees are explained clearly by your lawyer.

How do I find a Gran Canaria timeshare lawyer

The internet is awash with adverts for timeshare lawyers who guarantee to win your case and get your money back. Some are outright scams and others are well-meaning adverts from quality legal firms.

Only one law firm in Spain is winning timeshare cases regularly. And luckily for Gran Canaria and Canary Islands timeshare owners, it's based in Arguineguín in south Gran Canaria.

The Experts: The Canarian Legal Alliance

They are now handling thousands of cases and announce new victories like clockwork.

Right now, they are your best bet at getting out of your Spanish timeshare contract and getting your money back.

And not just in Gran Canaria. CLA lawyers have won cases in Tenerife and are taking on timeshare firms all over Spain.

Contact the Canarian Legal Alliance today and you'll know within 24-hours whether you have a case.