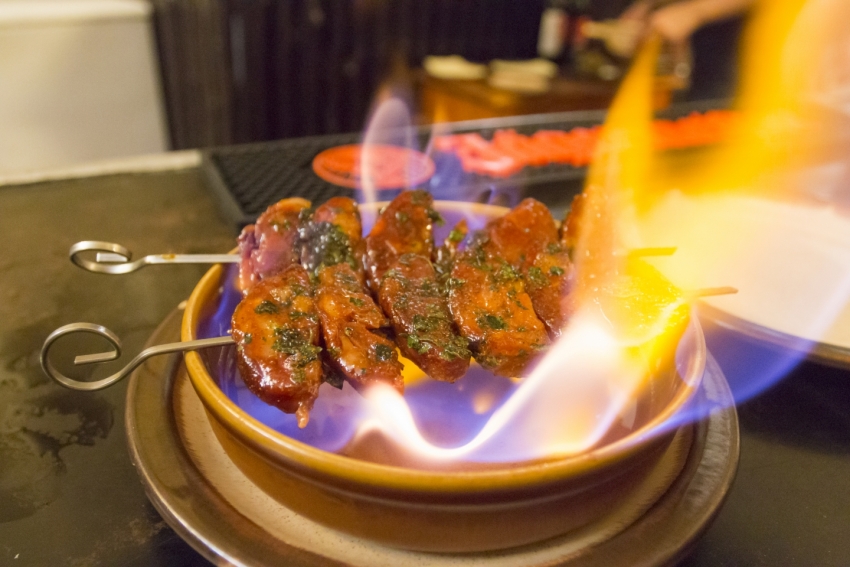 Las Palmas has an exciting restaurant scene but adds to its foodie credentials with regular food and drink events. Here's our pick of the ones you can't miss if you're in Gran Canaria on the right date.

Gran Canaria's thriving wine scene sets up camp once a year in the courtyard of the Teatro Cuyas in Triana. The island's bodegas, and some wineries from other Canary Islands, bring their latest vintages and pour away. Make sure you try as many of Gran Canaria's spectacular whites as possible and a good Canarian listán negro red. Mug up on which wines to try in our guide to Canarian wine.

The Teatro Cuyas wine event happens at the start of November. We'll publish the date as soon as we know it (and we're always first in the queue). Arrive early to make sure you get in, and buy plenty of tasting tickets because you'll need them. There's a tapas stand at the event to soak up the booze (no spittoons here) or you can just wander out into Triana (to Allende Triana, for example).

Thursday nights in Vegueta are packed because lots of the Old Town's bars and restaurants offer a tapa and a small beer or glass of wine for two euros. It's wildly popular with students and the city's young crowd and can get pretty crowded. Turn up early to get a taste of the tapas (mostly montaditos) from several places. As the night gets busy it's best to stick to one bar (as close to the bar as possible).

If you're in Las Palmas and it isn't a Thursday, see the next entry, or head to one of these tried and tasted tapas restaurants right by Las Canteras beach.

However, its food scene really comes alive on the weekends when the stalls surrounding the market join in.

With dozens of national cuisine restaurants and its own film festival, it's no surprise that Las Palmas has a food and cinema weekend. It happens on the first weekend of September in the Santa Catalina park in the port district. It's a cool event with a huge outdoor cinema screen and lots of stalls offering food from around the world.

If you're not in Las Palmas for Cine+Food, you can try most of the food on offer at the city's national restaurants. Here's a list of 20 of the best to get you started.

San Cristóbal fishing village was swallowed up Las Palmas city years ago but it's still the centre of the city's traditional fishing industry. The village is right by the sea, has its own little harbour (and beach) and is home to the city's fishing guild.

To celebrate its fishing roots, San Cristobal hosts a couple of seafood events every year. The main one is on the weekend closest to World Ocean Day in June.