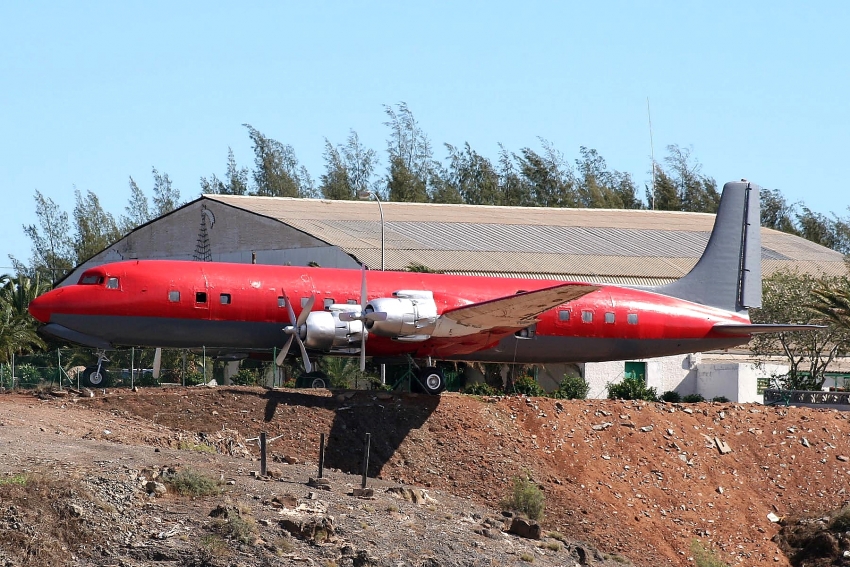 The plane that brought Gran Canaria's first ever charter tourists to Gran Canaria has been renovated; Watch the video below to see the work in timelapse.

The Douglas DC-7 plane, parked at the Gran Canaria aeroclub at El Berriel since 1979, had been looking a bit tatty in recent years as nobody seemed to know what do do with it despite its historical significance. In the 1980s, it was a giant Rothmans cigarette advert and there were plans to turn it into a restaurant.

A restoration team from SATI, a plane maintenance company owned by local airline Binter Canarias, applied over 200 kilos of paint to the plane after giving the fuselage and wings it a thorough clean. The whole project took over 1200 hours.

The Douglas, highly visible from all roads leading to Gran Canaria's resorts, now acts as an advert for Binter airlines. The timing of the restoration coincides with its announcement that it is expanding its airplane maintenance business at Gran Canaria airport with a new 1,800 square metre hangar.

The plane has a long and varied history since it was built in 1958, including stints flying across the Atlantic for Swissair and over the Pacific for Japan Airlines (JA). It then spent and then over 10 years flying between Madrid and Gran Canaria with Spantax before being retired to the El Berriel airfield.