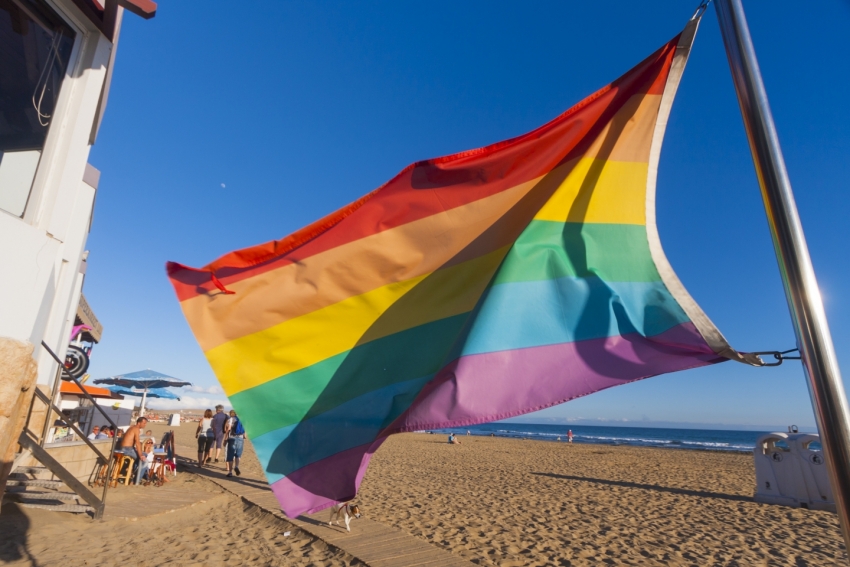 The scale of gay tourism in Gran Canaria is immense; the pink pound (and the pink euro, krone, etc) accounts for 15% of the island tourist income; 600,000 visitors per year spending 600 million euros. The Las Palmas carnival's drag queen competition is one of the few gay events that gets television coverage all over Spain.

However, Gran Canaria's gay-friendly atmosphere isn't a modern marketing phenomenon; The Canary Islands were a beacon of tolerance in Spain way before the Yumbo Centre was built.

Gran Canaria has celebrated carnival for hundreds of years and there's nothing like a month-long street party to encourage freedom. Even in more remote places, Gran Canarians were dancing to the beat of a different drum despite the constant supervision of the local priest. In the Guayadeque Valley, for example, young people used meet late at night to dance  wearing nothing but yam leaves.

The long history of tolerance in Gran Canaria

Tolerance seems to be hard-wired into the Canarian psyche, although it does have occasional clashes with some men's macho instincts. However, mainland Spain's attitude to the Canary Islands has also had a big influence.

While mainland Spain has been a stuffy old place for much of its history thanks to the powerful Catholic Church and a conservative ruling class, things down here were always been a bit more relaxed. The Canary Islands were the central government's favourite place to exile awkward thinkers and people who broke social rules; The Spanish poet Unamuno, described by the Catholic church as Spain's biggest modern heretic, is a famous example.

This Madrid habit of shipping out troublemakers stopped them from having any influence in Madrid but also meant that the Canaries got a regular dose of new ideas. Gran Canaria's rich and ruling class have always had a subversive streak.

Alex Says: The outlawed Gran Canaria communist party met (dressed in dinner jackets) on the terrace of the Gabinete Literario, the city's main establishment club, all the way through Franco's rule.

Freedom in a time of repression

The modern history of tolerance in the Canary Islands, and especially Gran Canaria, started when Francisco Franco flew from Las Palmas to Morocco to kick off the Spanish civil war and the 35-year dictatorship that followed it. The Canary Islands weren't all that important to a dictator based in Madrid, but he was aware that if his revolution started in Gran Canaria so could another one.

Franco put Mattias Vega Guerra in charge of the island; A man who, as well as a staunch loyalist, just happened to be a mason with a streak of tolerance. The first was illegal, and the second frowned up, but his loyalty and Gran Canaria's distance from Madrid allowed him to turn a blind eye to discreet homosexuality amongst the island's elite.

Franco was likely perfectly aware of what was going on but regarded it as a way of keeping his man under control. Mattias Vega Guerra was president of the Canary islands between 1945 and 1960 and while he persecuted left wingers and anyone that the regime didn't like, the islands were more liberal than most places in the years before tourism took off.

For example, many of the best Canarian artists, from César Manrique to Pepe Dámaso, were well known during Franco's rule and Manrique did much of his early work preserving Lanzarote's landscapes before the dictator died. Even the Pueblo Canario and Nestor Museum, built after Nestor's death by his architect brother Miguel, show the authority's tolerance of homosexuality. Nestor was gay and much of his art had clear homosexual overtones yet the museum was built and the artworks displayed at a time when most of Spain was much more conservative.

Given its history, we think Gran Canaria position as the world's biggest gay tourist destination isn't anything to do with chance or marketing, it's just the consequence of a long history of being a damn cool place.